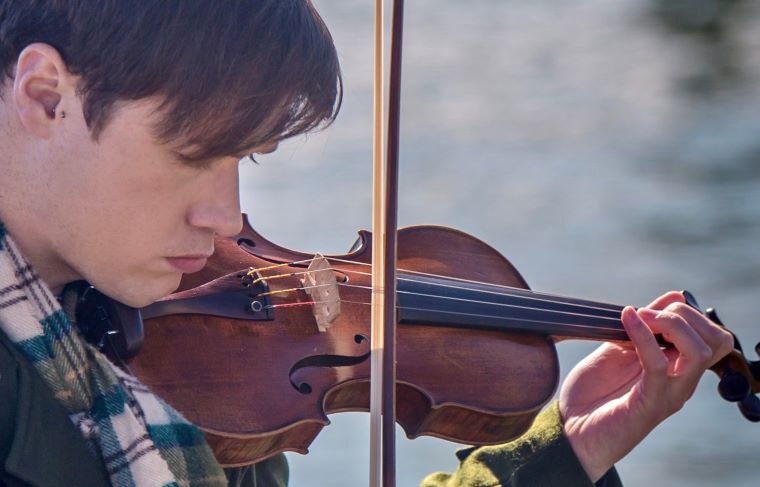 When Washington DC-based fiddler Seán Heely needed a name for his instrument, he went with an unmistakably mighty moniker.

“She is a powerhouse fiddle, but also has just the most spectacular range of dynamics; her name is Freya, after the powerful Viking goddess,” explains Heely via email. “She was made in 1912 Germany at the Schirmer workshop by an Italian master luthier from Cremona who was working there at the time. That is why it is such a beautiful and fine example of a copy of Guarneri del Gesu.”

Heely hails from a family of folk musicians who inspired him to take up an instrument himself.

“I began violin at the age of 10 – classical studies, but as soon as I could play a pentatonic scale, my dad had me learning some Bluegrass and American tunes to play along with his banjo. I have fond memories of my Australian grandmother – who was concert pianist in her day – gathering the whole family around the grand piano and leading us all in folk songs with 3 and 4-part harmonies.”

While folk music had always been part of his family DNA, Heely began studying music formally in the 9th grade, starting with the violin, under the tutelage of Irish fiddler Carol Downing of Portsmouth, VA.

“My older sister Karen had a violin growing up, and I aspired to be like her in all ways. I didn’t know I was going to love it so much.”

Heely would go on to study music in college before picking up a degree in Music Performance from the University of South Carolina. 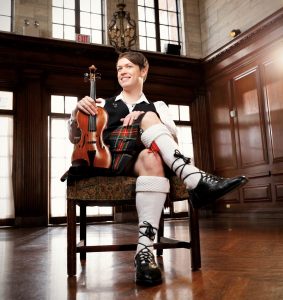 “During my years there, I played in a Bluegrass band called The Blue Iguanas and a Gypsy swing band called Flat Out Strangers. I would credit that time as cutting my teeth in the world of musical improvisation.”

He also studied at music summer camps, including the Acadia Traditional School of Music and Arts in Bar Harbor, Maine, before transitioning from student to staff in short order. Today, not only is he adept in the Irish style of the fiddle, but he also sings both Scots Gaelic and Irish traditional ballads.

“I would say that I live in the traditional sound world, but that my sound is shaped by the influence of classical, gypsy swing, and improvisatory ideas. I do, however strive to make my Irish fiddling sound different than my Scottish style.

“Authenticity, in terms of sound, means a lot to me. It is fiddling with the right accent.”

Heely has also enjoyed an eventful career over the years; he became the U.S. National Scottish Fiddle Champion in 2016, formed The Seán Heely Celtic Trio, and released his first album in 2018, which was followed by a year of touring.

Like the rest of us, Heely has been somewhat waylaid by the COVID-19 pandemic. However, he has been using this free time to work on new music.

“There will be certainly enough material for another album or two as soon as it is possible to get into the studio. Most of the time my creative process is inspirational. Knowing that, I have to strive to put myself into situations and places from where I can draw inspiration. Nature speaks to me a great deal, as do travels to breathtaking places, and even just appreciating what is beautiful about every day. From the calm, sunny days, to the windy torrents and bleak skies. There is music for all of it.”

What he is more concerned about in the wake of COVID-19 is the loss of those summer camps he learned and taught at; he believes that education about what “Celtic” really is – and that it means more than just being Irish and Scottish – is the best way to preserve cultural traditions for the next generation.

“There are lots of other Celtic nations with amazing performers making names for themselves all over the world. I call myself a Celtic fiddler only because I don’t limit myself to the study and performance of Irish or Scottish. Those are my two main focuses, but I would like to be open to more styles in the future.”