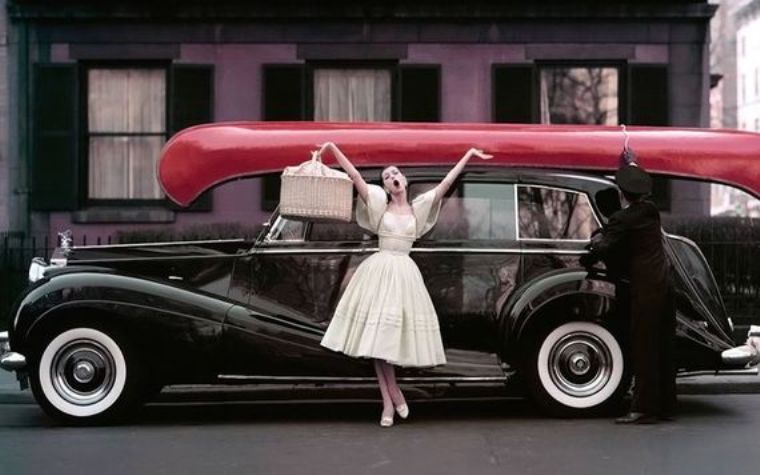 Iconic and evocative, Barbara Mullen was part of the fashion world and modeling’s history.

It was a tale photographer Lillian Bassman loved to tell; of how, wrapping up a photo shoot late on Christmas Eve 1948, she was landed with a last-minute substitute for one of her favorite models. “The replacement girl walked in.” Bassman would recall; a thin, unpromising-looking figure, her shabby coat scattered with cigarette burns. “‘How could you do this to me?’ I said to the editor, ‘This girl is a monster.’ Then I turned on the lights, and saw this girl just bloom like a flower.”

That Christmas encounter marked the start of one of photography’s great love stories; a collaboration that would set Bassman on her way to becoming one of the century’s greatest image-makers and would propel Barbara Mullen — a young Irish-American who’d grown up in Depression-era Harlem — into the top flight of New York’s modelling ranks.

Jessica Daves, the then-editor of Vogue, dubbed her ‘one of the queens of the modelling kingdom’ — although Dublin-born Carmel Snow, Daves’ legendary rival at Harper’s Bazaar, always made sure to keep Mullen’s ego in check. “You think you’re a beauty, Barbara.” Snow would tell the woman who appeared on the magazine’s cover four times in as many years, “but you’re really only a big, ugly Irish girl.” 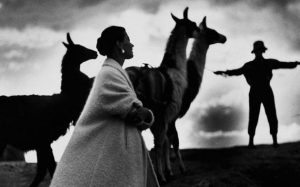 But Mullen wasn’t alone. In the years that followed, a parade of young women of Irish descent — all pale, dark-haired and dramatically slim — followed her path to success and fortune. Among them were wild child Ivy Nicholson, who ran away from home to become a Paris cover girl (and who returned, a decade later, to become a fixture at Andy Warhol’s Factory) and Dorothy Juba, who swapped her Polish father’s surname for that of her Mayo-born mother, Hogan — and whose photographs have become so iconic that she’s known by her nickname even today: Dovima.

Fashion modelling, as a profession, had been around for two decades by the time Mullen shot to fame — and Irish women had played an integral part in its story from the very start. In the Forties, Irish-American sisters Francine and Anita Counihan had been among the nation’s most in-demand cover girls — and Anita, better known as ‘The Face’, would become one of America’s leading experts on beauty and poise.

Peggy Diggins, Angela Greene, Constance Smith and Nancy Kelly all used their popularity as wartime pinups to leverage their way to successful Hollywood careers. And a decade earlier, Margaret Horan had been one of the very first, and most famous, fashion models of all; Ziegfeld Follies photographer Alfred Cheney Johnston dubbed her the most beautiful women he’d ever worked with, and her contract with Manhattan department store Bonwit Teller was the biggest in pre-WW2 modelling history.

But, as Heidi Klum never tires of observing, ‘In fashion, one day you’re in; the next, you’re out.’ Horan was quickly forgotten — and so too, for decades, were Mullen and her contemporaries, despite the hundreds of magazine covers and countless editorial and advertising pages they notched up across their careers. Photography’s love affair with Ireland continued, finding new faces in every decade that evoked the same dark, evocative beauty — Anjelica Huston in the Seventies, Aly Dunn in the Eighties, Ciara Nugent and Erin O’Connor in the Nineties.

These days, most top models are social media stars in their own right and have the power to shape and share their stories themselves. But most of their predecessors died without ever being given the chance to share their experiences. Barbara Mullen, who turned ninety last year, is one of the few survivors of a remarkable era. And for the last five years, we’ve been working together to document her story. In partnership with Unbound, one of the U.K.’s leading crowd-funding publishers, we’ve launched a campaign to publish her biography. 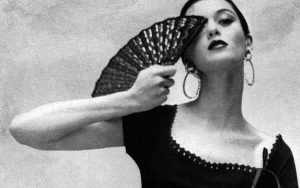 They say that every picture tells a story. And fashion, a world defined largely through pictures, has millions of stories to tell. But we rarely look beyond the beauty of the fashion image itself to consider what lies hidden behind. What was it like to be a model then, at a time when editors such as Diana Vreeland, Bettina Ballard and Carmel Snow ruled the fashion world; a time when Madison Avenue’s Mad Men were conjuring up campaigns that needed spectacular, audacious images; a time when the designers and photographers we now venerate as gods were just inexperienced youngsters; a time when women weren’t expected to have careers (and certainly not ones which saw them become better-paid than most men); a time when models were expected to be their own stylists, hair and make-up artists, and luggage carriers; a time when you could be on the cover of every fashion magazine on a Manhattan newsstand, whilst remaining completely anonymous to the world at large? “No-one knew our names.” Mullen laughs today, self-deprecating as always. “No-one whistled at us on the street. We weren’t anything special. But we were young, and we were thin, and we were DAMN lucky.”

She was undoubtedly fortunate, to have the opportunity to travel the world, and to work with extraordinary photographers — Richard Avedon, William Klein, Guy Bourdin, and many more — but above all with Lillian Bassman, who sent her an invitation to a retrospective of her work a few years ago inscribed; “To Barbara. The Best of the Best.”

Like Bassman, Mullen was the best of the best. And it seems only right, at last, that the replacement girl should get to tell her side of the story. ~ John-Michael O’Sullivan.