The Spirit of Cahir Mullach 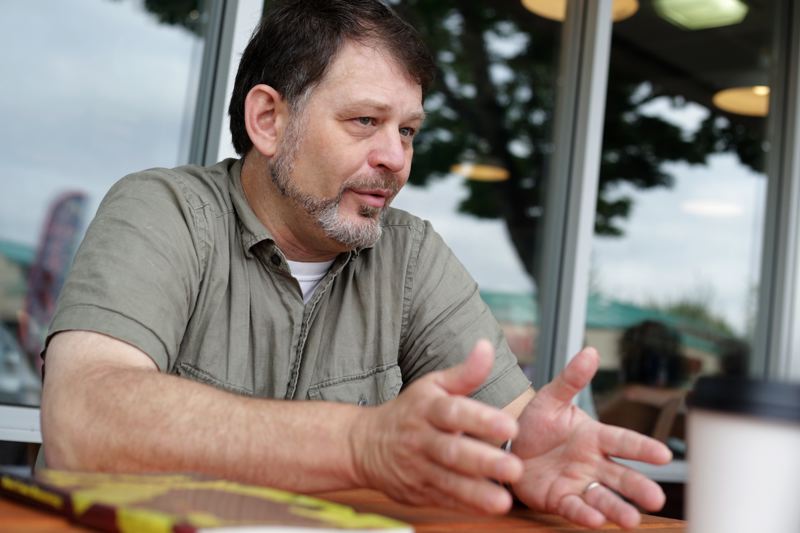 Drawing upon the great Irish legend of Lord Oisin, American author Clayton Callaghan weaves a terrific tale of contemporary folklore with his latest book. Recently we spoke with him about The Spirit of Cahir Mullach.

What is your ethnicity?
I’m a fourth-generation Irish-American, who had the good fortune of being born in Boston, Massachusetts. We didn’t stay in that Celtic town long, however. My dad was a CIA officer who later switched to journalism so we moved around a lot.

When and why did you want to be a writer?
Oh, good question. The short answer is that people were trying to kill me and I was bored stiff.  You see, I was serving in Iraq back in 2011 as a US Army Special Agent and things were winding down. The US had announced it was leaving by the end of the year and most of the locals figured it wasn’t worth the bother to deal with us anymore. So besides running to a shelter for the occasional rocket attack, there was very little for a guy in my position to do. But I had a computer, and I had this great idea for a book, and I got busy.

Are they the same reasons you do it today?
Well no, and I’m glad of it. I retired from the army and people are no longer trying to kill me. However, writing still fulfills that creative urge better than anything else I’ve done. We all have that creative urge, by the way. Some people are passionate about home improvement projects, or cooking, or music, or needlepoint. It really doesn’t matter how the urge manifests itself. Creativity is a primal part of being human and it cannot be denied.

How have your grown as a writer over that time?
Bob Dylan once said, “He who isn’t busy being born is busy dying,” and I must say I agree. I started off writing science fiction, and then I wrote a non-fiction book to be followed by a spy thriller. Each new project forces me to write in ways I haven’t before, pushing my envelope just that much farther. The Spirit of Cahir Mullach was a departure from anything I’d done before and critics have suggested it’s my best work yet, although I hope to keep growing still.

What inspired you to write The Spirit of Cahir Mullach?
Well, back in my college days, I was part of a medieval re-enactment group called the Society for Creative Anachronism. We dressed in historical garb, held tournaments and feasts, drank homemade beer, and adopted the persona of medieval persons. Being proud of my Celtic heritage (and who wouldn’t be), I adopted the role of an Irish sailor. And having the natural gift of the Blarney, I became a storyteller. I would research Celtic folk tales and recite them around campfires to drunken lords and ladies into the wee hours of the night. Perhaps my misspent youth wasn’t so misspent after all because I met my wife in that club and have now been with her twenty-seven years and counting. Now that I am a writer, I decided to take one of my favorite Irish folktales from those days and adapt it into a novel.

What was the most challenging aspect of the process?
I’m what they call “learning disabled.” All my life I have struggled with subjects like mathematics, spelling, and grammar. Now, I know you’re probably asking, “Why would a guy like that take up writing?” The answer is, I LOVE a good story. I delight in the characters, the scene descriptions, the rising and falling tension, the comedy and the drama of a good book. So I joyfully write my tale and then struggle and sweat as I go over back over every synonym and comma.

What was the most rewarding part of the experience?
Sharing stories with readers. For me, there would be no joy in writing if I just shoved the pages in a box, never to be seen again by a living soul. Writing is the art of communication and when that spark jumps the void from writer to reader magic is produced. 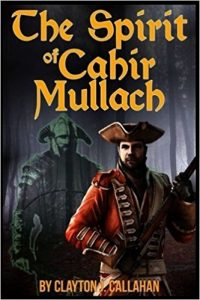 What did you learn during the process?
What didn’t I learn? The Spirit of Chair Mullach offered me a unique challenge in that the original folktale (Mr. Berry of Cahir Tyrone) had no clear protagonist. Instead, the story revolved around three extremely different characters. Taking it from a short story to a novel, I had to delve into each protagonist with equal fever. First, the reader meets Lord Oisin, a Dark Ages warlord fighting to save the town of Baile. Then, the reader is catapulted 800 years into the future to meet Mr. Terry, the cruel landlord of the eighteenth century Baile. But just as the reader comes to grips with the more modern threat to the town, I have to go to America where Private Snodgrass of the Royal Army is losing the battle of Yorktown. The story hinges on all three of these characters coming together in one spot on one night. For on All Hollows Eve, the old Castle of Cahir Mullach will hold the fate of each man in thrall. And tying all those frayed ends together taught me more about craftsmanship than anything I’ve done since I started this writing jazz in back Baghdad.

How much research was involved?
Well…a lot and a little. The original folktale was still fresh in my head after all these years because it was that good. Also, I have a degree in history from Miami of Ohio, so was already well acquainted with much of the general events and problems of the times. However, I did need to do a lot of research on the life of an average British soldier during the American Revolution. Most history books will tell you of battles, dates, and the biographies of generals. But my Private Snodgrass was just some poor schmuck struggling to survive a disaster, not of his own making. Fortunately, I’d once hobbied as an American Civil War re-enactor, so I had no trouble imagining my hero marching in a wool uniform on a hot day. However, the customs of the British Army were unknown to me, and I needed to get those details right out of respect for the actual Snodgrass’s who once served the King. Fun fact, the majority of redcoats who fought in the “American War” were actually Scottish.

How did you feel when the book was completed?
Nervous. You can type all you want, but in the end, a writer only sees what he thinks he wrote on the page and not what the reader sees. Art is about communication, and it is never done until it has been received and understood by an audience. But here’s the freaky part. The author has absolutely no say in how the reader envisions his tale or relates to the message. None! It is the reader who interprets the novel and the reader alone who will decide what you meant and how it makes them feel.

What has the response been like so far from those that have read it?
Well, my mom likes it. I know, that sounds lame, but think what it would mean if the author’s mom didn’t like it. After that, I’ve gotten high praise from noted fantasy author D. Wallace Peach who described it as the best book she’d read all year. And I must say, it blew my socks off when she told me that.

Who is your core audience?
Anybody that will buy the book. As I said, once the writer releases his art to the world, he has no control. Audiences pick authors, not the other way around. I would hope that lovers of history and Celtic mythology will find this book appealing. After that, it’s a very character driven, human story, and I think it has a lot to offer to many kinds of readers. It also may have a strong appeal among war veterans as I deal with a lot of my own coming home issues through Private Snodgrass and Lord Oisin. War leaves scars and I don’t think that’s any different whether you’re a Dark Ages warrior, a British redcoat, or an Iraq War veteran.

What makes a good book?
Characters, first and foremost, good characters make a good book. Let’s face it, if you don’t give a darn what happens to the hero, why would you keep turning the pages? People relate to people and are fascinated by the human condition, so I focus on the personal. I’ve read many a book about fantasy kings or galactic emperors and been bored off my butt; because the writer focused on the great events of kingdom and empire, yet neglected the person who the story was about. I suppose I could have written about a Colonel Snodgrass, hero of the battle of whatever, but Private Snodgrass just seemed a richer character to me. And in the case of the great Lord Oisin, I am far more focused on his relationship with his wife and his sense of responsibility to his community than any imperial conquest he may have embarked on. Like I said, people relate to people so its characters that make a good book.

Is your creative process more ‘inspirational’ or ‘perspirational’?
Inspiration comes in seconds but, frankly, that’s because it’s mostly a matter of thievery. This is not a new method. Just look back to the plays of ancient Grease and you will find every plotline Shakespeare ever used. Many a time, I’ll watch a bad movie or read a bad book and think, “That story could have been really good if only…” and then I get to work on an outline for my next project. This is not plagiarism exactly, it’s the process of adapting themes to tell your own story. If you have read the folktale of The Great Mr. Berry of Cahir Tyrone, you will see where I stuck to the original and where I have taken a radically different path to tell The Spirit of Cahir Mullach. Now, once I have that outline, it’s time to get to work. Novels don’t write themselves and I have to force myself to stay focused until the book is finished before I entertain another inspiration/theft.

What are your thoughts on Celtic literature today?
Uh, well, uh, to be honest, I haven’t read much modern Celtic literature. I’ve read a lot of Celtic mythology such as the Táin Bó Cúailnge, but no recent novels. However, I have been very impressed with Irish film. As an American, not too many Irish movies cross the pond to end up in our local megaplex. However, the ones that do are golden. The Crying Game, The Van, and The Commitments are all top notch examples of good character-driven fiction and anyone who hasn’t seen them should.

What’s next on your creative agenda?
A few years ago I wrote a spy novel called Red Coat Running based on my experience as a counterintelligence agent. The book was set in 1948 at the very beginning of the Cold War and involves and Irish-American spy named Shawn Riggs. The book has been very successful, and I’ve had quite a few fans ask for a sequel. So I’m now working on Anything for A Friend, set in Boston of the 1950s and featuring that same Irish-American protagonist this time caught up in a murder mystery. Hopefully, I’ll have it done by this time next year.