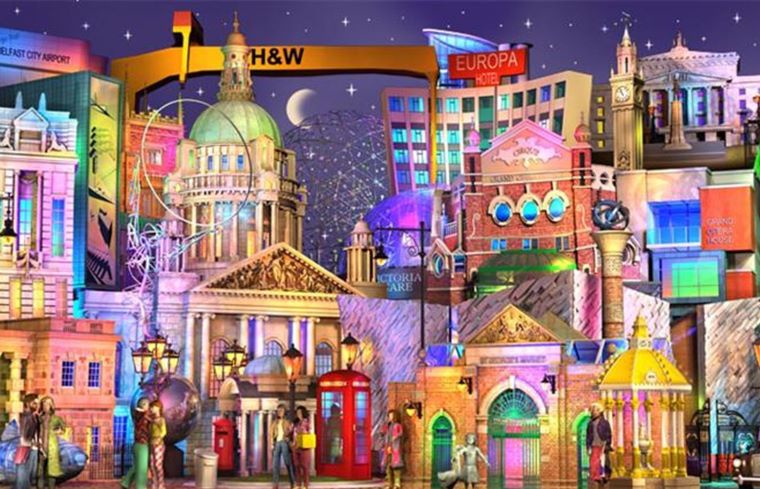 In Belfast Hymn, a joyous evocation of the city’s 5,000-year history, Pulitzer Prize- winning poet Paul Muldoon celebrates its crowning achievements with an affectionate tour of its most familiar landmarks. It is filled with what the celebrated writer calls ‘the spirit of hope and the idea of home’

“A sandbar near a river mouth”
would give Belfast its name.
The river where we’ve slaked our drouth
and where we staked our claim

with those who built the Giant’s Ring
five thousand years ago,
with Normans, Essex, the Dutch king,
with Chichester & Co.

For even Ptolemy the Greek
set his sights on the Lagan.
He used to come for the Twelfth week
despite warnings of “dragons.”

Although we’re sometimes seen as staid
we’ve tossed our bowler hats
and cheered on every new parade
across the tidal flats.

The Vikings gave us a wide berth
and focused more on Larne.
They’d overrun the Solway Firth
and ransacked Lindisfarne

so they had nothing left to prove
about their derring-do.
We’d kept the Picts at some remove
despite their being True Blues.

What really put us on the map?
The world viewed through the prism
of eggs and bacon in a bap.
It’s a Belfast Baptism!

It’s seen us through our darkest hours
and salved our troubled souls.
Since we were granted devolved powers
we’ve all been on a roll. 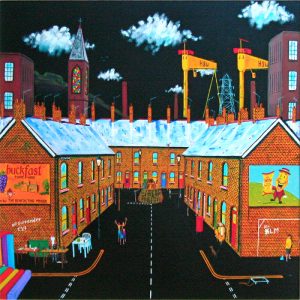 Although we’ve so much on our plate,
we take it as a badge of honour
to eat twice our weight
in wheaten farls and fadge.

What sets the Ulster Fry apart
is its calorie count.
It’s a clear insult to the heart.
The casualties mount

from Portavogie to Ardglass
where they’ve given up erring
on the side of caution, alas,
determined to prove herrings

and prawns will happily coexist
if served on beds of dulse.
The reason why they hold your wrist?
To check if you’ve a pulse!

For Belfast’s long been a byword
for hospitality –
the slice of barm brack, lemon curd,
the drop scones at high tea.

It’s for sponge cakes and Sally Lunns
we Belfast people yearn.
A spot of bother?
All “wee buns,” as far as we’re concerned.

Most of the things we love to share
are made with Cream of Tartar
though any putting on of airs
is a complete non-starter.

It’s Adam’s Ale straight from the tap
that we still most esteem –
unless it’s Châteauneuf-du-Pape o
or Costières de Nîmes.

Although it’s true we do enjoy
a pint and a wee Bush
restraint’s the technique we employ.
We just don’t like to push

unless it’s with a certain tact,
like when we’re simply forced
to read someone the riot act
for backing the wrong horse

That great ship waiting to be launched
was set off down the slip
by men like us. Stalwart. And staunch.
And taking no auld lip.

That smell’s the smell of retting flax
from County Down flax dams.
Some sheets are sewn from old flour sacks
but some are monogrammed. 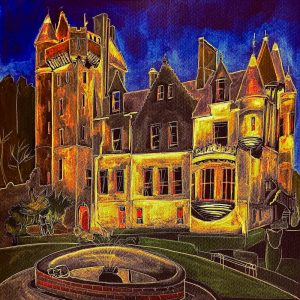 For from the cradle to the grave
we wear our linen bleached.
We see it breaking like a wave
on a North Antrim beach

where some diehards still like to surf
and some fish in chest-waders.
We know that artificial turf
is favored by Crusaders

along with polyester mesh.
In times of joy or grief,
of course, there’s nothing quite so fresh
as a fresh handkerchief.

Belfast Ropework Company,
the largest in the world,
kept us from being all at sea.
The Queen of the May birled

her leg and hunkered down to caulk
a seam with hanks of goat hair
even as she scanned the Lough
for Shorts’ new flying boat.

It’s known Shorts aircraft had a fin
sometimes described as “ventral.”
Known, too, the best of days begin
and end at the Grand Central

where we counter the cold and damp
with oatmeal, ancient grains,
entrecôte aux champignons, champ,
a flute of gold Champagne.

The flute on which James Galway soared
was really made of gold.
Some dwell in the House of the Lord
and some on the threshold

of hotels like the Maritime,
Van Morrison and Them
summoning from our glow and grime
melodious mayhem.

When Sam and Dave fell foul of Saul
they took refuge in Naioth.
For us there’s no escape at all
from Samson and Goliath

except perhaps to lose ourselves
in big band and bebop
as we go thumbing through the shelves
of a used vinyl shop.

for their great feats of strength
or other shows of force.
History holds us at arm’s length
until the Dutch King’s horse 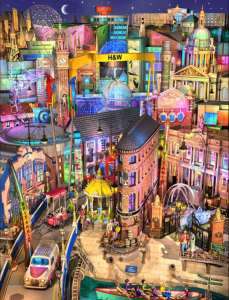 brings us right back to the Bronze age
and a cauldron’s dull glow.
It’s time to check the pressure gauge
in case the whole thing blows.

And what we cherish, it would seem,
are the rough and the smooth
of Brillo Pads, Brylcreem,
tang, tungsten, tongue and groove,

the Sliced Pan, the Sliced Plain, plain fegs,
jaw-box sinks, wheelie-bins,
the goatskin bodhráns, the Lambegs
made from their kith and kin.

When we bake apple tarts or pies
we keep it in the family.
The apple on which we rely
would be an Armagh Bramley,

resistant as it is to scab.
We ourselves resist blabs, blowhards,
gasbags with the gift of the gab
(unless it’s our own bards).

we’ve also found our poets best
sustain us with their words.
Now we’re known less for snipers’ nests
than nests of singing birds

we laud the poetical wing
where Mahon, Longley, Hewitt,
McGuckian, and Carson ring
out the seed-bells, suet,

and bacon rind they’ve set in store
against our winter wants.
We track them still on the foreshore
by their typewriter fonts.

Our painters, too, have seen the light
where water meets the sky.
Cadmium Red. Titanium White.
How often have they vied

as we struggle with points of view
and depth real or perceived.
They come at us out of the blue
where sea-heave meets land-heave. 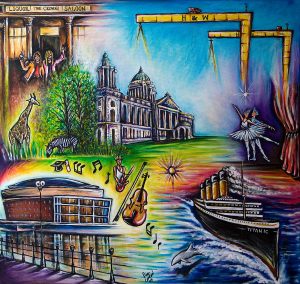 Though the green hills lie on all sides
we come back to red brick.
Short, narrow streets run far and wide
as if they were homesick

for Manchester or Birmingham
and not Dublin or Cork.
In times gone by we’d run ram-stam
with pikestaffs and pitchforks

across those cobble-littered streets
and then put on the kettle.
Long years of beating a retreat
have made us show our mettle

and muse at length upon the stuff
we’re made of. Granite. Gault.
We jubilate in being gruff
and gracious to a fault.

We like to get down to brass tacks,
the no-frills nuts and bolts,
but not before we’ve had some crack.
We do tend to revolt

against whatever powers might be.
We rejoice in high jinks,
gooseberry jam, Nambarrie tea,
Irwin’s malt bread, Kerr’s Pinks.

Some like potatoes “balls of flour”
and some prefer them waxy.
Some hire a limo by the hour
and some hop a black taxi

to visit those old trouble spots
on the Shankill and Falls
before taking one last straight shot
back to the City Hall.

For years we found it hard to wean
ourselves off giving vent
to something very much like spleen
against those we resent.

But now we harbour not a grudge
but something more like hope.
Even the hardest heart will budge
when we throw it a rope

unless it fears being pinned down
like that high-profile giant.
That doesn’t play in Sailortown.
That makes us more defiant.

We revel in the linen mills
and the yarns they still spin.
Though on all sides lie the green hills
we’ll never be hemmed in.

For if the future’s less than clear
that won’t leave us nonplussed.
It’s not our style to live in fear
of what’s in store for us.

Our shipyard workers packed their gear
and a “piece” in a box.
But now it’s peace we’ve engineered
and christened in the Docks. 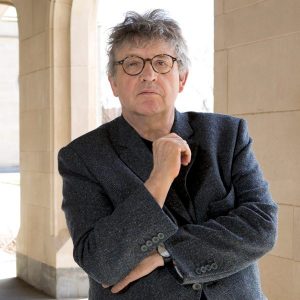 The spirit of those men of steel,
their gray-eyed wives and daughters,
will keep us on an even keel
through the uncharted waters.

For we steer by the Northern Star.
However far we roam,
that “river mouth near a sandbar”
will signal we’ve come home.

Paul Muldoon is an Irish poet, described as being ‘the most significant English-language poet born since the Second World War’. He has won many awards, including the the Pulitzer Prize for Poetry 2003 and the Queen’s Gold Medal for Poetry in 2017. www.paulmuldoonpoetry.com