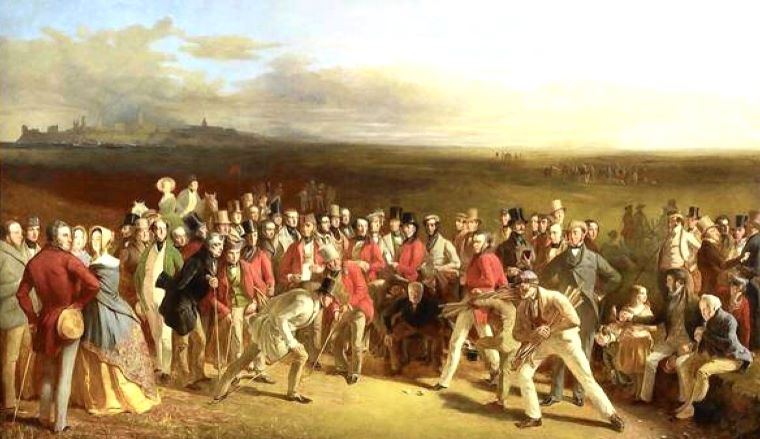 Throughout history, an abundance of legendary golfers have hailed from the Celtic world. Perseverance and passion hold true among our list of “then & now” greatest golfers. Here is a quick glimpse of a few of the greats, past and present.

A sign of great things to come, when Rory McIlroy was just two years old, he hit a 40-yard drive. Since late 2009, he’s placed among the top 10 of the Official World Golf Rankings. Several times he’s held the No. 1 slot, including a 32-week stretch in 2012-2013. Career highlights include winning the 2011 U.S. Open (where he set a new low score record) and the 2012 PGA Championship.

Catriona Matthew started playing golf when she was five years old. She has ranked as high as 11th among the Rolex Women’s World Golf Rankings. Matthew qualified for the LPGA Tour on her first try and she also plays for the Ladies European Tour. She has represented Europe in the Solheim Cup numerous times and on six occasions her team won. She’s also won four LPGA prizes, including the RICOH Women’s British Open in 2009, making her the first Scottish golfer to ever win a women’s major championship.

Jamie Donaldson has been a pro golfer since 2000 and by 2002 he was playing on the European Tour. But due to a back injury, he lost his spot in 2004. This was not the end of Donaldson, however. By 2008, he was on the European Tour again. Since then his official Golf World rankings have steadily increased, rising as high as #27 in the world. His upswing wins include the Abu Dhabi Golf Championship in 2013 and the Irish Open in 2012. 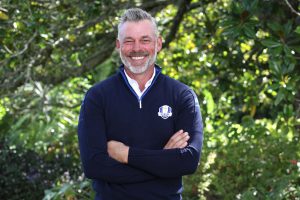 A Northern Irish fan favourite, Darren Clarke has been a European Tour player since 1991. He also previously played the PGA Tour. He’s won 22 professional competitions worldwide, but a dream was realized when he won his first major championship at the 2011 Open after more than 50 attempts to do so. In 2012, the Queen inducted Clarke into the Order of the British Empire for his success during the previous year. The Darren Clarke Foundation provides golfing opportunities to Irish youth and raises awareness about breast cancer.

European and PGA Tour player Padraig Harrington brought pride to the Emerald Isle when he won The Open Championship in 2007 – the first Irishman to do so in 60 years. That same year he won the PGA Championship and in 2008 he won another Open. Harrington has collected numerous other European, Asian and PGA tour prizes since the late 90s. While his rankings have declined since 2009, Harrington has been determined to make a comeback.

Although born in England, Alexander Walter Barr Lyle has always played on behalf of Scotland and now calls Perthshire his home. The World Golf Hall of Famer was one of the “Big Five,” along with Seve Ballesteros (Spain), Nick Faldo (England), Bernhard Langer (Germany) and Ian Woosnam (Wales). The quintet has won 16 major titles between them and each were members of the famous 1985 European Ryder Cup team that claimed victory from the U.S., which had been previously undefeated for nearly three decades. Highlights of Lyle’s own career include winning The Open in 1985 and the Masters in 1988.

At the time of her death in 2009, The Ladies Golf Union described Philomena Garvey as “Ireland’s most successful female amateur golfer to date.” Her numerous achievements include 15-time Ladies Irish Close Champion; five-time finalist, including one win, at the Ladies British Amateur Open Championship; six wins with the GB&I Curtis Cup team; and 18-time Irish representative at the Home Internationals. In 1964, Harvey became the first female professional golfer in Ireland’s history, but she requested she be reinstated as an amateur in 1968. She retired from the game after winning the Ladies Irish Close Champion in 1970. 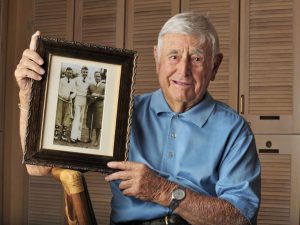 When Samuel Henry “Errie” Ball passed away in 2014 at the age of 103, he was the oldest surviving member of The PGA of America. He competed in the first Augusta National in 1934. In 1926, at age 15, Ball was the youngest player to have competed in the British Open. Bobby Jones, who won that championship, began mentoring Ball and convinced him to move to the U.S. An Illinois and PGA Golf Hall of Famer, Ball won several Illinois PGA Championships, among other tournaments. As of his last birthday, Ball was still teaching golf lessons.

James Braid was one of the “Great Triumvirate” players. He, Harry Vardon and John Henry Taylor were known as the three foremost golfers during their time and together won 16 of 21 Open Championships from 1894 to 1914. Braid himself captured five of these major titles. He also won the 1910 French Open and several British PGA Match Play Championships. Today, Braid might be better known for the over 300 golf courses he designed or restructured across Scotland, Ireland, England and Wales. “James Braid is considered one of the finest golf course designers of all time,” states VisitScotland.com, encouraging visitors to take the James Braid Golf Trail.

In his book From the Links: Golf’s Most Memorable Moments, Joshua Shifrin describes Dorothy Campbell as “the first truly dominant female golfer of international notoriety.” Campbell, aka Dorothy Campbell Hurd Howe, started playing golf at 18 months. She won her first Scottish Ladies Championship in 1905. Throughout her career, she took 11 national amateur titles, and was the first female golfer to capture the U.S., British and Canadian Woman’s Amateurs. Campbell was inducted into both the Canadian and World Golf Hall of Fame.