Bonnie Prince Charlie and the Jacobites 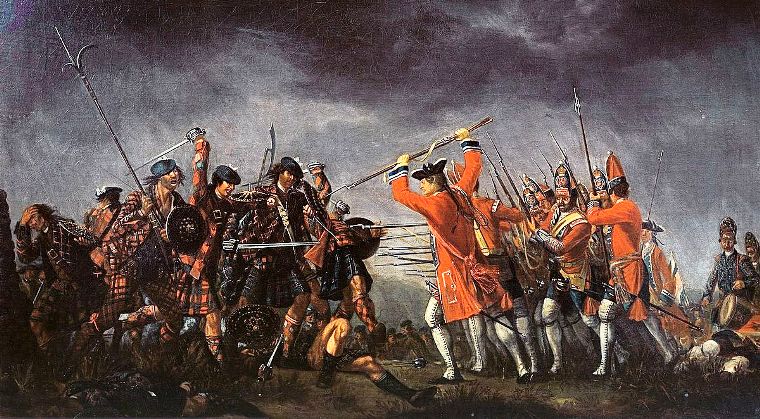 Rare treasures from Rome and the Vatican are on display in the United Kingdom for the first time as a key part of a major new exhibition at the National Museum of Scotland.

These outstanding artifacts form part of the largest exhibition about the Jacobites to be held in over 70 years.  Bonnie Prince Charlie and the Jacobites presents more than 300 spectacular treasures, drawn from National Museums Scotland’s own collections and those of 44 lenders including other major institutions across Scotland, the UK and Europe. These include Royal Collection, the Royal Armouries, the Musée de Louvre, the National Galleries, National Records and National Library of Scotland as well as a number of private collections.

Three marble grave markers, formerly in St Peter’s Basilica, for Charles Edward Stuart, his younger brother, Henry Benedict and their father, James VIII and III will leave Rome for the very first time, as loans from the Scots Pontifical College.  James, Henry and Charles are interred in St Peter’s Basilica, with James being the only king ever to be afforded the honour of burial in the Vatican. 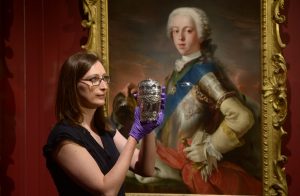 On loan from the Sacristy Museum is the stunning York Chalice and Paten. The elaborately decorated gold Communion set, inlaid with 130 diamonds, belonged to Charles’ younger brother Henry Benedict Stuart (Cardinal York), who gifted it to the Church. It has never been on display in the UK.

These artefacts illustrate the high standing of the Stuarts in Roman society, where they held their exiled courts as Charles grew up.

Highlight objects in the exhibition associated with Charles Edward Stuart himself include the ‘lost’ Ramsay portrait of Charles, the only image of him taken during his time in Scotland, his elaborate silver travelling canteen and a letter from an eight-year-old Charles to his father, apologising for startling his mother.

Bonnie Prince Charlie and the Jacobites presents a detailed and dynamic re-examination of this familiar yet much-contested story, showing how the Jacobite challenge for the three kingdoms of Scotland, England and Ireland was a complex civil war, and revealing the wider European power politics at play during this famed period of history.

“The story of Bonnie Prince Charlie and the Jacobites holds an enduring and at times romantic fascination,” says David Forsyth, Principal Curator, Medieval and Early Modern Collections at National Museums Scotland. “Charles Edward Stuart is actually the final chapter in a story which starts in 1688 with the deposing of his grandfather, James VII and II of England and Scotland, sending the Stuarts into courtly exile. And so, as the exhibition shows, whilst Scotland is the battleground, it is in Europe – first France and latterly in Rome – where the Stuart story unfolds over this period, with courts held, honours dispensed, tributes accepted and campaigns planned.

“The 1745 rising led by Bonnie Prince Charlie is the last of five Jacobite challenges for the thrones of Scotland, England and Ireland. The Battle of Culloden in 1746 came to mark the end of any serious prospect of the Stuarts reclaiming their kingdoms, but it is not the end of Charles’ story. His father, James VIII and III, lived another 20 years after Culloden, Charles died in 1788, followed by his younger brother Henry in 1807. So, as well as being wonderful objects in their own right, these loans enable us to take our visitors to the end of the Stuart story, whilst emphasising the European connections which are central to understanding Jacobitism.” 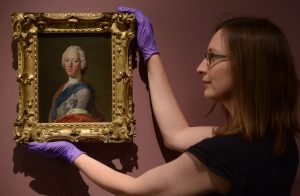 Fiona Hyslop, Cabinet Secretary for Culture, Tourism and External Affairs, adds that the story of Bonnie Prince Charlie and the Jacobites has captivated the interest and imagination of people around the world.

“This exhibition brings to the fore the complexity of the Jacobites’ story, Scotland’s strong links with Europe and the broader British and European context at the time. It is an excellent example of collaboration between National Museums Scotland and partners across Europe, which will enable rare objects to be seen by the public for the first time.

“Taking place during Scotland’s Year of History, Heritage and Archaeology, this exhibition will showcase this integral part of our history. I urge everyone with the opportunity to go and see it.”

About Bonnie Prince Charlie and the Jacobites

The exhibition brings to the forefront the lives of the Jacobites in exile at the courts they established in France and later in Rome, where they were joined by many of their followers. A selection of remarkable and symbolic objects were produced to promote the Jacobites’ dynastic claims to the throne both at the exiled courts and back home, where supporters paid tribute to the ‘kings over the water’.

Through objects drawn from National Museums Scotland’s own rich collections and loans from 44 different public and private lenders across Scotland, the UK and Europe, the exhibition reveals the depth and complexity of a story clouded by Victorian romanticism. The period and the movement are often wrongly reduced to ‘Scotland vs England’, ‘Lowland v Highland’ or ‘Protestant v Catholic’, none of which accurately characterise the layers of conflict and intrigue.

The Jacobites (from Jacobus – the Latin for James) were supporters of a movement to reinstate the Roman Catholic Stuart king, James VII & II and his heirs to the throne after his exile to France in 1688. Support for the cause was drawn from Scotland, England, Ireland and Continental Europe; it was part of the broader dynastic and political rivalries of Europe’s great powers.

The exhibition will explore the full story of the Jacobites, which spans two centuries, and encompasses Britain, Ireland and continental Europe. Bonnie Prince Charlie has a place in popular consciousness as the romantic personification and figurehead of the movement. 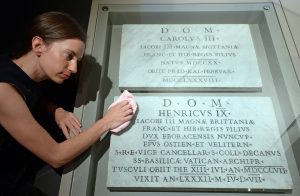 James VII & II had ascended the throne in 1685 after the death of his brother, Charles II. By 1688 political and religious pressures drove a wedge through the family. James’ Catholic faith caused widespread concern and, when he announced the birth of a male heir which heralded the prospect of a Catholic succession, he was deposed and replaced by his daughter Mary and her husband, William of Orange, while her baby half-brother was smuggled out the country for his own safety.

These events led to James VII & II, Bonnie Prince Charlie’s grandfather, spending the rest of his days in exile in France, where his son, James Francis Stuart, grew up.

Three further challenges to the throne were mounted in 1708, 1715 and 1719. Charles Edward Stuart was born in Rome in 1720, and was raised there as a prince. He only spent 14 months of his life in Britain as he led the ultimately doomed 1745 challenge, advancing as far as Derby before retreating, pursued by Government forces to eventual catastrophic defeat at Culloden.

The denouement to the story and to the exhibition is the remaining years in exile of James, Charles and his brother Henry who joined the priesthood of the Catholic Church, being ordained as a priest in 1748. Charles’ his ambitions were thereby effectively thwarted once and for all, and he dwindled towards a dissolute end. Henry, Charles and their father James are all buried in the Vatican, the latter being the only king interred there.

Bonnie Prince Charlie and the Jacobites runs to 12 November 2017. www.nms.ac.uk/jacobites