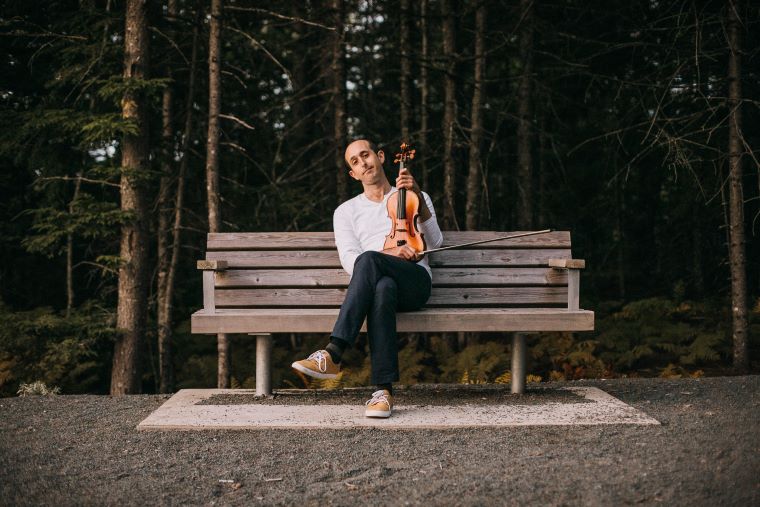 For Nova Scotia’s Brad Reid, music has always been a way to connect with others.

“It is an outlet for expression and for well-being,” he tells Celtic Life International via email. “I also believe that this is not something that I am choosing to do – it is, rather, simply acknowledging my true self. It actually would have been a decision not to be a musician or an artist.”

Reid first picked up music at the age of 11, starting with the saxophone in his school band. Other instruments soon followed, including the guitar, the piano, and – at age 14 – the fiddle.

“I can tell you exactly when I decided that I had to learn the fiddle,” he recalls. “I was attending the Cape Breton Festival of Scottish Fiddling at the Gaelic College with my grandfather, who was a fiddler. Up until then, it was always just him playing at our family gatherings. All of a sudden, however, I saw people my own age with the instrument.”

Reid’s father hails from St. John’s, the capital city of Newfoundland and Labrador, while his mother’s family are from Cape Breton, Nova Scotia. He feels most connected to his Cape Breton roots, comprised of both Scottish and French heritage. And though these days he makes his home in Dartmouth – “just a stone’s throw from the fog horns and ferries of Halifax Harbour” – his fiddling style continues to be informed and influenced by the eastern end of the province. 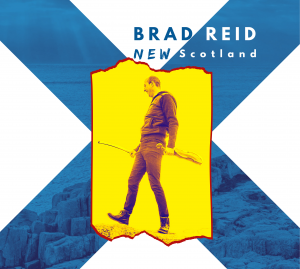 “The album was inspired by an urgent feeling I had to get some original music out, and draw on my life experience, with nothing being off limits.”

“That is why you will hear some global music influences on there, as well as some unique instruments accompanying the fiddle – acoustic guitar, double bass, congas. The title seemed fitting also, as the album adds something new to the world of traditional Scottish music. And, of course, it pays homage to my home province.”

NEW Scotland is the latest step in a career that has already been full of musical highlights, including a tour with Cirque du Soleil for its 2019 ice show Crystal.

His vocation has not been without its issues, however, including learning to forge his own melodic path.

“I believe that only up until the past year, I have been searching for my niche in the world of music. Being a multi-instrumentalist speaks to that. During the past year or two, I have absolutely narrowed in on who I am, both as a person, and as a musician. Where my early efforts were focused on copying what I heard, or what I thought I should sound like, now I focus on what I know to be true to me. That means I play how I like, and what I like and, in doing so, enjoy a sense of freedom and relief from outside pressure.”

Reid’s approach to musical composition depends on whatever inspiration comes to him in the moment.

“If I have a goal of creating something in particular, I think about it briefly, and broadly describe to myself what I would like – for example, a slow air in 6/8 time. Then I let go of the thought and go about my life. It usually doesn’t take long before I start singing a tune. It might need a little tweaking, but it usually works out pretty well.”

If the early response to NEW Scotland is any sign, listeners are enjoying the results of his approach.

“I have had a couple of singles out since March 2020, and those are getting some play online. The rest of the album is being very well received so far.”

While in-person concerts are mostly on hold for now, Reid takes a different approach to the stage.

“I think of the live show as a bit looser and more interactive than what you hear on a studio album. In a sense the recorded version is the topic, and the live performance is a fun discussion of that topic.”

When and where it is safe to do so, he hopes to resume performing again in Canada, the United States, and the United Kingdom in 2021.