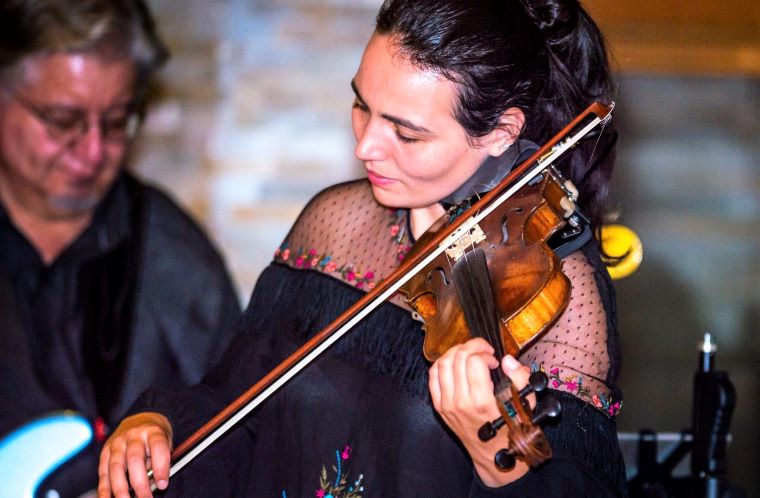 “My mom is from Spain and my father is from France,” she tells Celtic Life International via email. “I was born on Hollywood Boulevard, in Los Angeles, California. When I was five, we moved to Canada – Ontario first, and then to Cape Breton Island, Nova Scotia. I spent my teens in Brittany, France, and then as an adult headed to the Middle East where I resided until 2018.”

It was during her time in Cape Breton that she first took an interest in music.

“My mother thought it would be healthy to sign me up for music lessons, but she really wanted the choice of the instrument to be mine. When I was seven, she asked me what instrument I would like to play. I have no clue why, but I was attracted to both the accordion and the violin.”

Gourlaouen admits that she had no knowledge of the fiddle at the time and says that picking an instrument to focus upon was a challenge. One day she heard Celtic music playing on the radio, however, and immediately fell for its magical melodies.

Since then, the now-29-year-old has performed all over the world, filling up stadiums in Paris, Edinburgh, Morocco, and elsewhere. Her debut album Footprints – released when she was only 16 – earned her a nomination as “Young Artist of the Year” at the Canadian Folk Music Awards.

She notes that both her musical career and her life have taken a million turns. 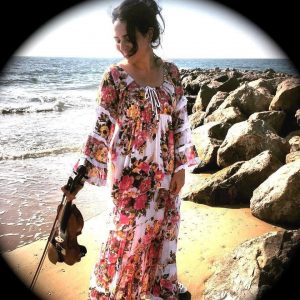 “I have lived on three continents, discovered amazing musical instruments, styles, and traditions. My musical world and mind have opened, and I hope it continues to expand.”

Currently playing a 1921 Frank Brown Violin, Gourlaouen says that the music she creates is neither solely classic nor contemporary, but rather a combination of both.

“My sound and the ‘accent’ I have when I play is very folk, very traditional. The music, arrangement and presentation can vary. I can play a traditional square dance, pub tunes with some popular Irish ballads, or a lively show with a newer composition and modern arrangements. I am adaptable to my environment and audience.

“I continue to love and play music, regardless of the style, because of how it makes my heart feel.”

“My sound is unique. I was taught by ear and was raised in traditional fiddle music, but my musical influences did not stop there. I have worked with jazz musicians, Middle Eastern, Latin, and classical players. I have tried playing diverse styles and will listen to Cuban salsa, Arabic music, flamenco, and country music all in one day. I am also very connected to my Spanish and French roots and believe that they have affected my fiddling and performances.”

Other musical influences include everyone from Don Fletcher and Eddy Rodgers to the local fiddlers of Cape Breton Island.

Gourlaouen believes there is still strong interest in Celtic music amongst the younger generation.

“I have taught over 4,000 students in different settings, and a good portion have been children. It is rare that I have seen any not liking the fiddle tunes I play. Many, though, have not been exposed to fiddle music, as it is not mainstream. We need to continue to create new albums, shows and content with fiddle music to present it and expose it to the next generation and keep it alive.

“Within general culture, unfortunately Celtic music and folk music are not considered an essential part of our lives. Our education system and society favor certain genres of music and teaching methods, and our society needs to value it. We need to expose people to folk music and continuing to create it and share it is a solid first step.”

2021 looks promising for Gourlaouen, who has several shows and appearances lined up. But, with the ongoing global pandemic still in full swing, she says anything is possible.

“If there is one thing that we have all learned during COVID-19, it is that you just never know what will happen next. My main goal is to release a new album. I want to make it personal and unique. I want my travels and nomadic lifestyle to gracefully intertwine with my Celtic musical roots to create a sound unlike anyone has heard before.”