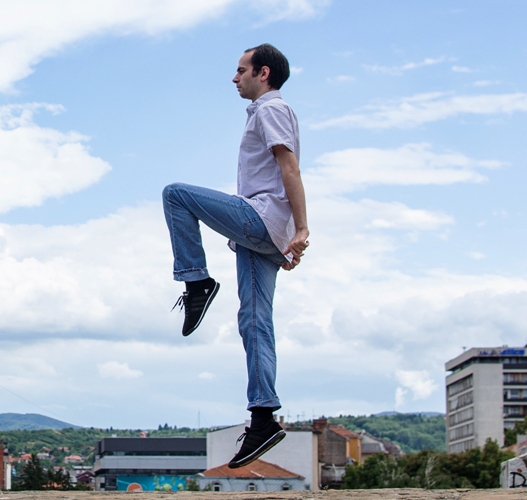 “I remember that, at first, performing in public was completely out of the question,” shares Irish dancer and teacher Branislav Milojković from his home in Belgrade, adding that he is, by nature, an introvert. “I wanted to learn dancing only for my own pleasure and enjoyment.”

First introduced to Irish dance via television, the 29-year-old was later inspired by Riverdance and Lord of the Dance. Irish dancing, however, was not exactly mainstream entertainment in his small central Serbian town, and it was not until he moved to the country’s capital city eight years ago that he had the opportunity to pursue his passion.

Milojković immediately joined Belgrade’s Erin’s Fiddle, a school of Irish dance where he now teaches. It wasn’t long before he began to emerge from his shell.

“As time went by, and I started to go to feisanna and as we performed for audiences in Serbia, I began to appreciate the connection with the audience much more.” 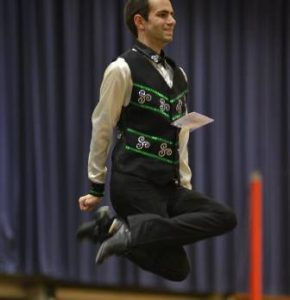 Initially, all the dancers at Erin’s Fiddle were self-taught. Eventually, the group learned their competitive dance technique and steps from Harald and Ursula Habermayer of the Irish Dance Centre in Vienna.

Milojković also credits dancer Shane McAvinchey, a Riverdance veteran who operates a dance school in Germany, with influencing his technique and execution.

“Another big influence was my brother, Aleksandar, who basically dragged me into improvising, which opened me up to making my own steps and ultimately finding my own sense of expression.”

It was British dancer Colin Dunne’s style and execution, however, which appealed to Milojković the most. He notes that it was the show – Dunne’s Dancing on Dangerous Ground – that changed his overall perception on how the traditional art should be properly performed.

Over time, the career highlights started to pile up.

“Competing in the Mainland European Championships in 2015 and 2016, and performing solo parts in my school’s productions in Belgrade were definitely some of the most challenging and rewarding things I have done,” he explains.

A favourite moment came in performing a version of Thunderstorm from Riverdance at the 2016 Mainland European Oireachtas, alongside 13 other dancers from around Europe – a presentation conceived and produced by Harald Habermayer.

Milojkovic feels his approach to dance is fairly traditional, but allows that more contemporary elements now seep in, thanks to the growing popularity of modern Irish music in Belgrade.

“During the 1990s a local band called Orthodox Celts gained a lot of popularity and that is probably the main connection people here have with Irish and Celtic culture. The Celts were different from anything people here would normally hear, and there was just an amazing positive energy in their sound that resonated with audiences.”

Belgrade hosts a two-week long Irish festival each year, during which Irish films are screened and there are performances by Irish musicians and dancers. Jean Butler of Riverdance fame once danced and conducted a workshop at the event.

“Serbia doesn’t really have an Irish Diaspora so dance is perceived mostly as an exotic pastime by the general public.”

Erin’s Fiddle, he notes, was born of a love for Irish dance. 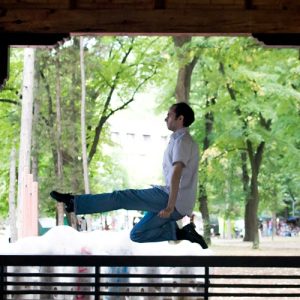 “The first teachers wanted a place where they could learn and perform, as well as teach it openly to anyone who was interested. When I first came, it was their warmth and friendliness that really drew me in.”

Today the school attracts young children and adults, many of whom already have a passion for dance.

“A lot of people here don’t really know what Irish dance is, and what it is like to practice. It is amazing to see their energy at class.”

The school adds a social component by hosting themed evenings and staging performances in different cities.

“We are always going to feisanna and workshops so we travel abroad. It is a lot of fun.”

Milojkovic continues to keep an eye on Irish dance activities across other parts of Europe, monitoring new opportunities for his own students.

“The younger dancers, especially, want to catch up to the dancers from Ireland so badly, and it is just great to witness that.”

Competition and performance aside, dancing for his own enjoyment still appeals to Milojkovic who works tirelessly at choreography.

“Making the movement and the beat flow naturally with the music is probably the most fulfilling part of my entire dancing life. Right now, I’m interested in using different kinds of percussion on stage, and combining that with Irish dancing steps.”