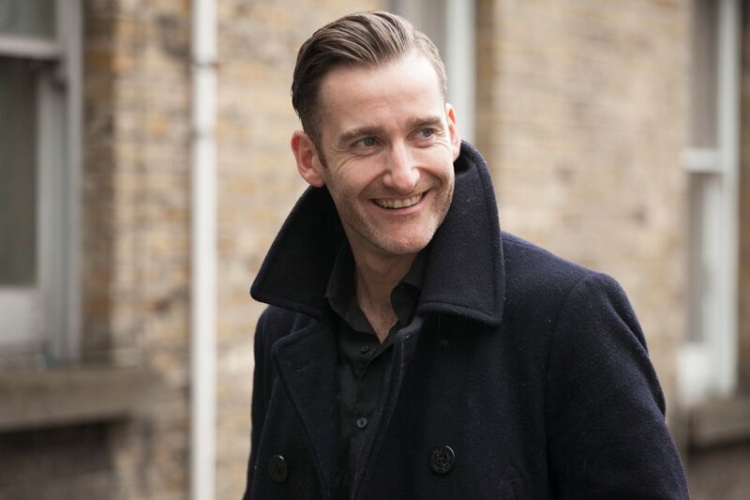 Paul Byrom, Irish tenor and original member of Emerald Isle super-group Celtic Thunder, is currently touring the USA. In an exclusive interview with Celtic Life International, he pauses to reflect on what has been part of his life for as long as he can remember – music.

Melodies, it would appear, run in the family bloodline; his mother is a classical pianist and his father played guitar. Byrom began his own musical training in his hometown of Dublin when was just seven years old. Although the focus of his studies at that time was classical music, he remembers listening to everything “ranging from Mozart to Buddy Holly and The Eagles.”

By the time the boy soprano was 14, he had already recorded his first album, The Golden Voice. Other solo recordings followed, earning him spots on Irish and Billboard charts.

In 2007, a huge break cast Byrom in the newly-formed Celtic Thunder, a group which would soon earn six #1 World Billboard album spots and perform for dignitaries from Japan, Ireland and the United States. 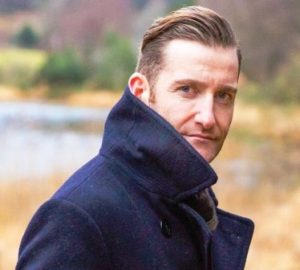 Since leaving the all-boy band in 2010, Byrom has enjoyed a successful solo career, recording, travelling the world, and even hosting his own television special.

His current tour continues through to the end of June. He may be a long way from home, but says that he loves America, having lived there at one time for four years.

“We Irish have a very strong bond with the States due to our traumatic past. Many left for the New World in search of a better life. Americans have always been very friendly and welcoming to me.”

Make no mistake, however; Byrom insists that he is still “Dublin through and through” – he still lives in Eire’s capital city, as do his family and many of his childhood friends.

“It’s a unique place,” he notes, “small, but with a huge amount to offer; fantastic restaurants and bars, as well as many historic sites and tours. It is the home of Guinness, great poets and a long line of musicians. I’m very proud of this city. It has gone from being very poor and struggling, to one of the leading cities in Europe in many fields.”

Byrom says that as much as he loves touring, it’s difficult to leave Ireland for long periods of time. He misses his wife Dominique (daughter of world-renowned musician/songwriter/record producer Phil Coulter), and his dog Bradley. In particular, he misses his 98-year-old grandmother, with whom he has a very special relationship.

Still, as with most musicians, when the road calls, he must answer. His Summer from Dublin tour will include a mix of many genres, including Irish tunes, musical theatre, and songs with a crossover flair.

Some of his favorite moments on the road are the ‘Meet ‘n’ Greet’ sessions, held just prior to the concerts, which afford him the opportunity to connect with audiences in person.

“Anyone who knows me, knows that I love to chat!” he laughs. “I have met so many great people, and indeed have become friends with many of them.” 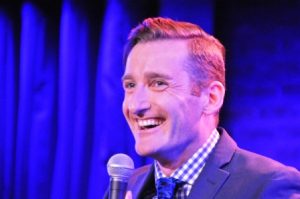 On this tour – which he is calling ‘Summer in Dublin’ – Byrom is performing in cities that he hasn’t been to in years, and others that he has never visited, including Chattanooga, Tennessee. One special stop will see him sing the National Anthem for the Irish rugby team when they play Team USA on June 10 in New Jersey.

By the time he returns home, he will likely be suffering “SERIOUS jetlag,” as he puts it, “which can often take a good week to get over.” Thankfully, he will have plenty of time to recover before joining the Celtic Thunder 10th Anniversary Cruise, scheduled for November 5 to 11 from Miami to Mexico. More solo recording and touring will follow into 2018.

As he gets slightly older, however, Byrom says that his dreams and priorities have changed slightly.

“It’s less about winning a Grammy and more about family, happiness and stress-free living. My aim, both as a person and as a musician, is to continue to be better each and every day.”