Orla Fallon’s latest recording, The Sweet By and By, was a true labour of love and loss.

“I had three false starts with it,” shares the Irish singer-harpist from her home in Leighlinbridge, County Carlow. “I cancelled the recording three times. My head just wasn’t in the right place.”

An original member of Celtic Woman – the Irish, all-female super-group that conquered the world – Fallon’s plans for a new solo album were put on hold as she struggled to deal with the loss of her father.

“I was still really missing my dad and was quite lost.”

By the time she was ready to move forward, she chose a song that he loved for the album’s title. 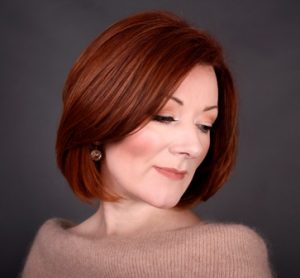 “I sang it at his funeral. It is a wonderful melody that means so much to me and my family.”

All the tracks on the album, including Love Me Tender, Remember Me, Feet of a Dancer and Hard Times Come Again No More, carried a particularly special message for Fallon

“I started playing some of the songs with the band in August, and it all felt really right. We recorded the album with a very live feel – I sang right along with the band as we recorded.”

As with her previous release, Lullaby Time, all of Fallon’s emotional struggles were channeled into her music on The Sweet By and By. Audiences took note.

“I have never had such a reaction to an album. People are genuinely moved by it and have been very emotional talking about different tracks.”

Fallon grew up just south of Dublin, in the village of Knockananna amidst the rolling hills of Wicklow. Her father worked in the meat business, and her mother was a school teacher.

“My mom came from County Kerry and spoke Gaelic as a child growing up,” recalls the artist. “She instilled a great love of the Irish language and heritage in all of us.”

Fallon started singing as a youngster, learning the harp at boarding school in Dublin so she could accompany herself.

“For a long time I used to hide behind my harp and sing, but Celtic Woman got me out on stage at the front, singing without the harp and with a big band and orchestra.”

Like her mother, she taught school for five years before pursuing a full-time musical career. In 2004, she joined Celtic Woman, following her bliss, and touring with the band for four years before announcing her plans to pursue a solo career in 2008.

Increasingly, her success became tinged with sadness as she and her husband yearned to start a family, the pain growing as time ticked by and their efforts at international adoption floundered in the face of policy changes.

Ironically, it did not go unnoticed that Fallon’s ethereal vocals were ideally suited to lullabies. However, it was not until she was finally resigned to the idea of being childless that she could bear to begin a project of that sort. As the arrangements for the recording that would become Lullaby Time got underway early in 2011, Fallon was astounded to discover that she was pregnant. Carrying a photographic scan of her baby, and a prayer to St. Gerard – the patron saint of pregnant women – she flew to the United States to finish the sessions, putting everything she had into singing all 15 songs for the child she was carrying.

“Our lovely little boy (Freddie) is now almost 5-years-old and full of life and chat. He is the centre of our world and we feel truly blessed to have him. I dearly wish my dad was here to see him grow up.”

The self-professed “home bird” – who once sang for American presidents and full houses at Carnegie Hall and Radio City Music Hall – admits that having a child has changed her approach to music, and has all but anchored her in Ireland. And while she still performs at home, Fallon no longer tours as she cannot bear the time away from home.

“Now I savour every moment on stage, and sing every song celebrating in my heart the great blessing we have in our lives.”