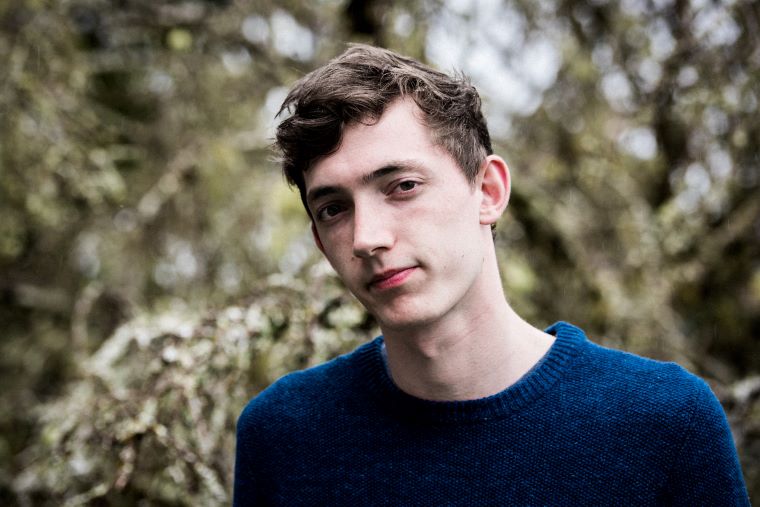 Growing up along the shores of Loch Ness in the village of Fort Augustus, you might think that Charlie Grey would have developed a keen interest in Nessie and other hidden cryptids.

However, it was traditional fiddle music – rather than sea monsters – that captured his imagination.

“My father’s side of the family are from Glengarry and Lochailort and my mother’s side are from Lochinver and the Isle of Lewis,” shares Grey via email. “So, my background is rich in Highland people.

“My father plays the fiddle, so there was always one lying around the house. I wonder if, perhaps subconsciously, this was what first got me into it. It has been in my life longer than I can remember, so it is hard to say what inspired me to start playing.”

By his own recollection, Grey has been fiddling since the age of five or six. His grandmother, Ishbel Macaskill, was a traditional Scottish Gaelic singer, so harmonies and melodies are likely hardcoded into his DNA.

“Being a full-time musician always came extremely naturally to me.”

Grey currently resides in Glasgow, which has an especially strong tradition of Scottish folk music. From there, he navigates his career, sporting one heck of a hand-me-down.

“My fiddle was passed on to me when my great uncle Norman passed away. It is a brilliant instrument from Ottawa, Canada, and was made by a man called Robert Gofton in 1874. 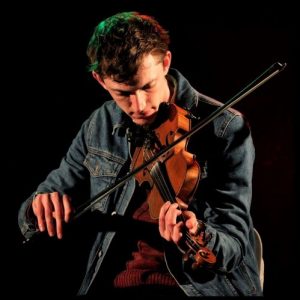 “I am now having another instrument being made for me in Norway – a ten-string fiddle called a hardanger d’amore, made by Salve Hakedal. I first tried this in West Cork in the south of Ireland, when learning from the fantastic Caoimhin O’Raghallaigh. When he gave me his fiddle to try, I was not expecting what happened next. I knew instantly that this was the sound that I had been craving to create my entire life – the instrument just exploded into life, and I knew right then and there that this was what I needed and wanted to create music with from now on.”

Grey’s most recent project sent him and collaborator Joseph Peach to the Scottish islands of St. Kilda.

“The new album is based around a voyage we took aboard a Dutch tall ship, the Wylde Swan. We wrote a piece of music for each of the islands and made a film about it. The whole project is called Air Iomall, which translates from Gaelic as ‘on the edge.’ It was a truly amazing experience to visit Kilda, perform there, and take traditional music back to this island, which was evacuated 88 years ago to the day that we were there.”

Equally challenging to hauling sound and film gear around the islands was balancing their modern style with the sonic history of the region.

“Something both myself and Joseph were very conscious of was writing the music in a tasteful way. We tried to bring in the more modern elements of our music without being disrespectful to the tradition and the music that would have originated from these places. In this, I think we succeeded, and that in itself is extremely rewarding.”

Grey is both proud and pleased with the way the project turned out and feels that the duo has been able to contribute to Scottish culture in their own way. He is cautiously optimistic that other young artists will take inspiration from their ancestral home.

“I would like to say there are lots of young people interested in folk and traditional Scottish fiddle music, but to be honest, I may only feel this because I am completely surrounded by young musicians and folk music enthusiasts.

“Things can always be improved,” he continues. “These days, the biggest challenge for the acoustic music scene is to attract a bigger audience. There are so many incredible acts who are simply not getting the recognition they deserve because the scene is so saturated, and the audiences too small.”

With his new band, Westward the Light – made up of himself, Peach, Owen Sinclair, and Sally Simpson – Grey will be touring Air Iomall across the U.K. through the autumn.