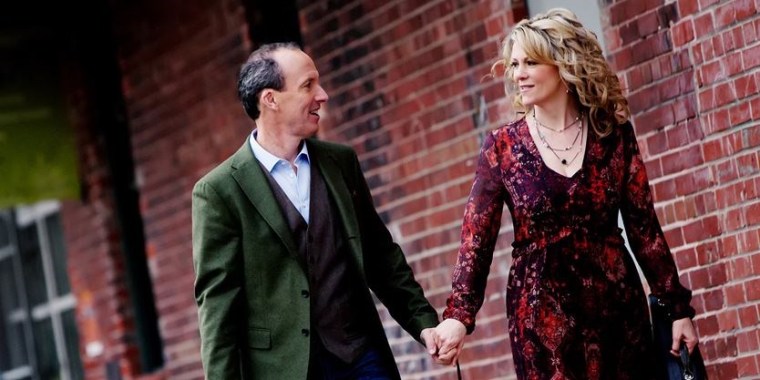 After years of performing at festivals around the world, Natalie MacMaster and Donnell Leahy are hosting a major musical event in their hometown.

The world-renowned musical husband and wife team will celebrate their Cape Breton and Irish roots with a new music festival near Keene, Ontario called the Greenbridge Celtic Folk Fest.

The inaugural two-day event is being held on Friday, Aug. 25 and Saturday, Aug. 26 on Heritage Line, north of Keene. The festival will feature performances by MacMaster and Leahy as well as Rhonda Vincent, Dervish, The Double Cuts, Next Generation Leahy, Evans and Doherty, MacMaster’s Cape Breton Jam Band, and David Rankin And The Gaelic College. More acts will be announced soon. 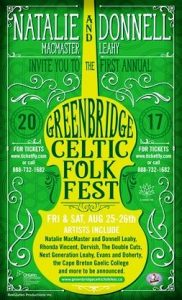 “Roots music feeds the soul,” says MacMaster. “For me, coming from Cape Breton and seeing how plentiful it is there, I want that for this area and feel compelled to bring it to the people here. What an awesome weekend of talent and culture we will have, hand-picked by Donnell and myself from our many musical friends.”

MacMaster is a superstar on the Celtic music scene. She has built a multi-decade career playing fiddle and headlining must-see live performances. She has collaborated many times with her husband, who himself is a renowned fiddler in his own right. Donnell has devoted his life to playing and performing as a solo artist and with his 10 siblings in the group Leahy.

MacMaster says she and Donnell have been talking about hosting a festival in the region for many years to share their love of music with the community they call home.

“It started with Donnell and his brother when we got married (in 2002),” says MacMaster.

Last year, they decided to make the festival dream a reality after holding a private concert function at Paschal and Sylvia McCloskey’s home on Heritage Line. MacMaster says that successful event set in motion the organization of the Greenbridge Celtic Folk Fest to be held on the McCloskey’s Heritage Line property. The McCloskey’s own McCloskey International Ltd., located east of Peterborough off Highway 7.

“We went to Paschal’s property yesterday and started to plan where the stages would be and we got really excited,” says MacMaster.

Three stages will be set up for the festival, each with different themes.