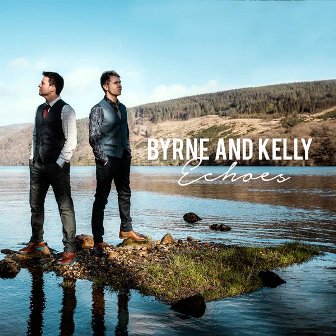 Echoes – the new recording from Neil Byrne and Ryan Kelly – lends social history with natural beauty, then seasons the mix with the intricacies of love, friendship and life on the road.

It is the third album for the duo who – despite their rapidly growing fan base – remain more familiar to audiences as members of the renowned Irish supergroup, Celtic Thunder.

“I’m a wee bit apprehensive,” admits Kelly from his home in The Moy, County Tyrone, southwest of Belfast. “But it is time to send the children out into the world and see how they make out.”

Byrne, who hails from the seaside town of Bray, County Wicklow, south of Dublin, describes the album as an evolution.

“To be honest, I am relieved it is done,” he notes. “We poured heart and soul into it for over a year, and I am delighted people are itching to hear it.

“We began with very traditional songs (2013’s Acoustically Irish) and then captured a live show (2014’s Live in Australia), so now we are trying something entirely new.”

On the road, the plan is to share stories about their songs and engage the audience in conversation, polishing a style first developed on past tours.

“The Irish are great talkers and we like to give the other fellow a chance to say something,” quips Byrne.

The idea of teaming up for their own show was first sparked when Byrne and Kelly were touring with Celtic Thunder.

“We were asked if we’d ever considered doing something together, so that got us thinking,” shares Byrne. “We have an easy relationship, and we like the same kind of songs, so after a while we decided we would give it a go.”

The challenge of the first release was to put a Byrne and Kelly stamp on classic tunes, including On Raglan Road and The Water is Wide. Live in Australia was recorded when the lads stayed behind after a Celtic Thunder tour of Australia wrapped up. After two chart-topping albums, they were open to fresh ideas.

“We had never co-written anything before, so we got a house and spent three days working,” recalls Kelly. “We were likely both thinking it could be a great waste of three days, but the ideas just came one after another.”

Moving from those initial ideas to finished music and lyrics took considerably longer, especially given the geographical distance between the two.

“We agreed that every song had to be able to stand on its own, and that each had to mean something to us,” notes Kelly. 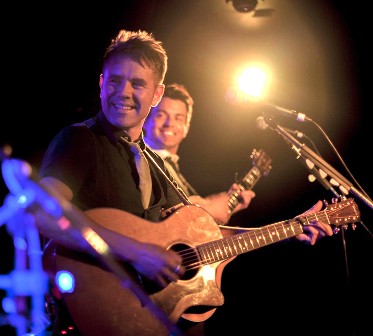 Byrne and Kelly still live in the towns that they grew up in, and credit that with influencing their music.

“We are both anchored in the places we come from,” says Kelly. “Life on the road is busy and hectic, but I am always happy to come home.”

Carefree days of children playing together are captured in one of Byrne’s favourite songs on the new recording, In the Garden, which highlights County Wicklow’s reputation as being Ireland’s garden.

“I grew up in the same house as my father,” he explains. “There are 30 houses, all in a circle, and lots of space for children to play. In the evenings, when the rain would start to fall, the adults would go inside but we’d stay out until dark.” He adds that as he drives into the area today, he still pictures himself and his neighborhood friends “playing on the green.”

Growing up in the north, Kelly’s equally happy family life was tempered by The Troubles. A teenager during a spate of retaliatory murders in The Moy in the early 1990s, he chose to attend university in the strife-ridden city of Belfast.

“I wanted to write a song about Belfast,” he explains. “About all the city has been through, without dwelling on the negativity of the past. With The Troubles behind us, thank God, it is now a truly cosmopolitan city.”

“They try to break us down/But they can’t bend our steel,” are a couple of lines from the song named after Northern Ireland’s capital.

The Rag Man calls to mind the rag and bone man, a once familiar peddler in towns and villages.

“When I’d come in from play with my football under my arm, all covered in dirt, my mother would call me the rag man,” remembers Byrne with a smile. “Years later, I asked her where she got the name and learned this is a character that has disappeared from the modern-day landscape of Ireland.”

Kelly points out that the first single from Echoes, Home from Home, is an emigrant song that acknowledges the longing for home still felt by so many Irish – a typical theme in traditional songs, and one that might also speak to the satisfaction of creating a new home.

The Meeting of the Waters is a landmark in County Wicklow where two rivers flow together to create a third. As a child, Byrne marveled at how it seemed to touch people.

“They’d lower their voices at this lovely tranquil place and that intrigued me. Our song is about the landmark, but also a bit symbolical of friends who have lived 30 years without knowing each other, then meet, form a wonderful friendship and manage to put out a few albums together.”

Nine years into Celtic Thunder, both men still speak of their good fortune in being chosen for the show.

“Working with (musical director) Phil Coulter you just knew it was going to be something good,” muses Ryan, “but I had no idea where it would take us.” 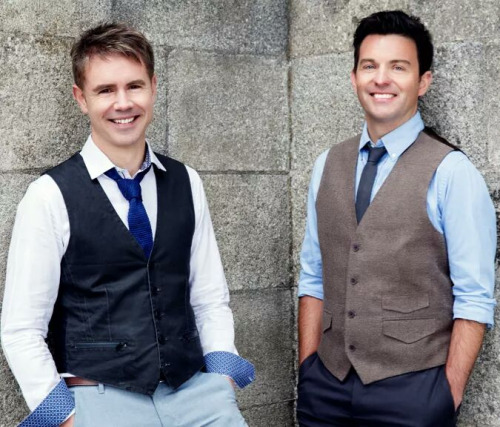 Byrne, the son of a professional musician, stepped straight from school into the music business. After years performing in a few bands, including one with his brother, he was hired by the legendary Coulter to perform for his daughter’s birthday.

“Phil, who is a legend in Ireland, played piano, I sang and we just hit it off. He invited me to perform on a cruise ship with him and I told him to sign me up straight away. Later he asked me to audition for Celtic Thunder because they needed a lead guitar, a back- up vocalist and someone to play percussion. I’ve never looked back. ”

Kelly, who comes from a musical home with parents who played organ and sang in church choirs, never imagined a career in music. He was a chartered accountant in a bank, gigging on weekends in pubs and bars, when his brother suggested he audition for Celtic Thunder.

“I thought I’d go along to have the experience of an audition and that would be the end of it. When I was chosen one of the five it should have been a big decision to leave the bank but it wasn’t. I’d never traveled or performed as a musician and I was sure I’d never get another chance. “

The enthusiastic international response to Celtic Thunder took them by surprise. “God, I hope this can continue,” Kelly remembers thinking daily throughout the first year.

Byrne admits there is some irony in heading out to play small, intimate venues after having performed before arena-sized audiences.

“The Byrne and Kelly tour is very personable, warm and cozy, and we’re all set to go.”