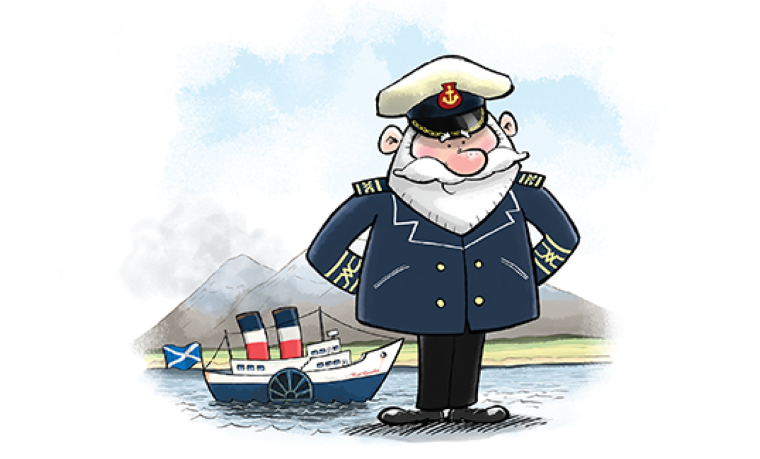 Narrated by British actor John Session – and translated into Gaelic by Scottish actor and musician Gillebride MacMillan – the ten-part series will include adventures from the original books, Bananas! (2017) and On the Rocks (2018), as well as a few new escapades.

The story of Captain Bobo is one with a long and rich history.

“My father served as Captain on a ship called the Clyde for 40 years,” shares Hutchinson, who is also the founder of Belle Media. “His tales of life on board sometimes made me laugh, and I thought how wonderful it would be to share the fun and create a world for children based on his stories. The Adventures of Captain Bobo book series, to some extent, sprang out of that and, in turn, the new radio series.”

Hutchinson explains that the titular character was loosely inspired by her father.

“The sailors originally called him Hurricane Hutch on account of the weather they sometimes experienced when he was in charge. But my father’s other nickname – ‘Captain Bobo’ – inspired us to consider sharing his stories more widely.”

Shortly after its original publication, Captain Bobo became popular among young readers. It wasn’t until earlier this year, however, after Hutchinson’s team received funding from a Government initiative called the Audio Content Fund (ACF), that developing a radio series became possible. 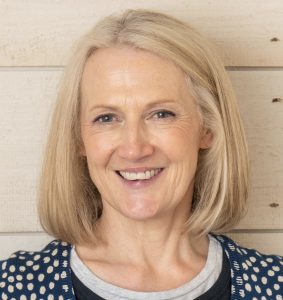 “The ACF was looking to help independent radio stations make innovative radio. We explained to the people at DAB and Fun Kids that we would like to produce a program based on our The Adventures of Captain Bobo series in English and in Gaelic. They really liked the idea and so, with their support, we pitched the idea. The ACF recognized in Bobo both a fun children’s story about teamwork and a celebration of our coastal and island communities. More importantly, the ACF really liked the idea of us re-telling the series in Gaelic. It was also something we were keen on since many of my father’s sailors on the Clyde were from the Western Isles. He had lots of friends on the islands that he kept in touch with and visited if he was up there on holiday.”

Getting the project off the ground wasn’t the only hurdle to jump.

“Getting the green light for production was a little slower than usual due to COVID-19. When they told us we had been successful, we had to double down on the task. To begin with, we only had the two print books and three draft texts. We wanted a minimum of 10 episodes, so we had to produce five more stories, record them and have them edited to specific radio timeslot lengths – and do it all again in Gaelic. The story and the character certainly had to be developed fast. But it has been a wonderful opportunity to see the themes and all the other characters now more firmly established through the completed set of ten different episodes.”

The series has already received a strong response from early listeners, with many noting Session’s strong use of character voices. While the positive feedback has been reassuring, Hutchinson says her main hope is for listeners to leave the show each week feeling uplifted.

“The stories are sweet, wholesome, life-affirming, and gently funny. They also show groups of people working together as a strong team – something we all need. And that whilst life can be quite challenging, especially these days, there are always positives to be found.”

The show began broadcasting via the DAB Fun Kids’ website on September 24.

As Hutchinson points out, this isn’t the end for Captain Bobo and his crew; the third book of the series, titled London, is already in production. Beyond that, there are plans for the radio show to make its way across the pond.

“CKJM FM Radio in Nova Scotia has agreed to broadcast the series. It brings communities with a shared history that live thousands of miles apart together for 10 minutes each week. We also hope that we will be commissioned for a second series – there are certainly more Captain Bobo stories to tell.”