Celtic in the Caribbean! 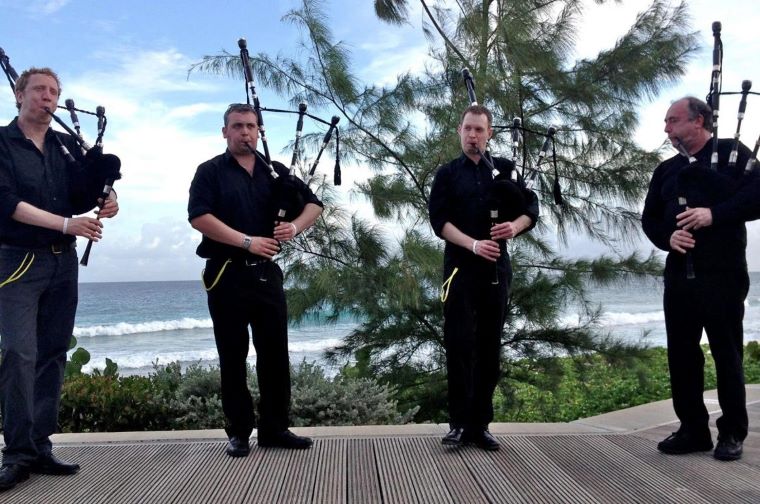 Since taking on the role as Festival Director of the Barbados Celtic Festival in 2011, Carol Anderson has aimed to the reconnect Bajans with their Celtic roots.

“The celebration actually began in the early 1990s,” shares Anderson from her office in Scotland. “At that time, a Welsh woman brought her father’s Welsh choir into the island for a concert.

“We have taken that original idea – the fusion of two distinct cultures – to new levels since then. Along with bringing in Celtic musicians from Scotland, Ireland and other parts of the world, including Canada and the United States, we are now working much more closely with the island’s musicians.” 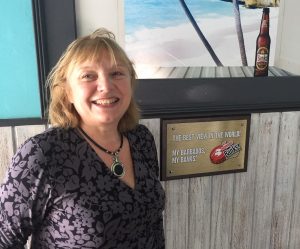 Like many parts of the globe, Barbados has its fair share of Celts; in the 18th century, after being purged from Scotland by Oliver Cromwell, a large number of Scots found themselves living on the island as indentured servants. In addition, during the heyday of the Royal Navy, many sailors with Celtic backgrounds settled there of their own accord, likely for the better weather.

As such, Barbadian culture has all sorts of hints pointing to its Celtic heritage, with traditional symbols everywhere.

The Cross of St. Andrew – Scotland’s patron saint – appears on the emblem of Barbados, including on their dollar coin. Reggae drum beats, it was discovered, originated from Scottish military drums, and not African drums as had long been believed.

“There are still descendants of those Scots living in Barbados,” says Anderson. “It has this unique link to Scotland and Ireland, which is in the blood of many people on the island today. They tell me that maybe their granddaddy or their great granddaddy was a Scot.”

And yet, Celtic culture in Barbados is still something of a hidden gem among Bajans, many of whom have little familiarity with their Celtic roots.

“People here asked me what it means to be Celtic,” notes Anderson. “They didn’t understand the word until we brought in our musicians and artists. The festival is one way to really strengthen those links to the past.”

Along with musicians, the festival has featured street performers, artisans, and even a visit from a famous Edinburgh chef, who created Caribbean Haggis from local ingredients. In addition, as part of the gathering’s core mandate, Celtic dancers and fiddlers provide complimentary lessons to local and area residents.

This year’s festival – which runs from May 21 to 26 – features solo pipers, mini bands and full pipe bands, all of which are welcome to play alongside musicians from the Barbados Defence Force and the Army Cadets during the annual Street Parade.

2019’s core attraction is the world-renowned Gwalia Singers, an all-male choir from Swansea, Wales, under the musical direction of Nick Rodgers from Pembroke.

Despite the connection to Celtic heritage, and Anderson’s efforts to reignite the embers of that heritage on the island, one Celtic tradition that is still scarce in Barbados is piping.

“There are no pipers in Barbados, bizarrely. You would expect that there might be, but I know they are not on the island, because we have hunted and hunted. We are actually talking about teaching some of these Barbadians to play the pipes, which has never been done before. I am very excited about that.

“What I want to see as my legacy is a fusion of the cultures – particularly the music. I want to preserve the links that we have together, and the history that we share.”