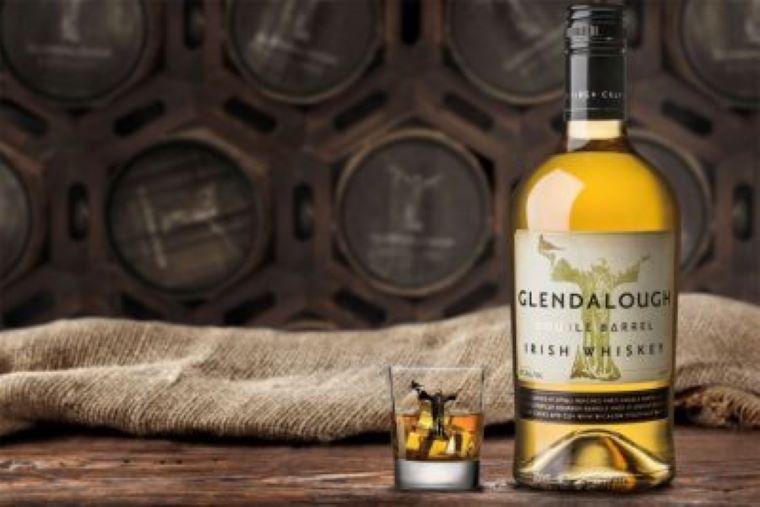 The Irish whiskey industry was already in decline in the early 20th century before a combination of World War I, the War of Independence and American prohibition felled it completely. In the late 1800s and early 1900s, Irish whiskey was considered the finest in the world, and was the most popular in the United States; twenty-four large commercial distilleries and a number of smaller ones were in production. By the mid-1970s, however, just two distilleries were left in the whole of Ireland; one in Northern Ireland and one in the Republic.

In 1987, John Teeling opened the Cooley Distillery. He bought and converted an old government-owned potato ethanol plant. Cooley then went on to reopen Kilbeggan distillery in 2007, Ireland’s oldest bricks ‘n’ mortar distillery, which was originally founded in 1757. Since then, a further eight distilleries have opened, with at least a half dozen others in various stages of planning. Interest in Irish whiskey is surging, and the industry is approaching a Renaissance on the Emerald Isle.

Out of this maelstrom of activity comes the new Glendalough Distillery, established in a glacial valley south of Dublin, with which it shares its name. Five friends from Dublin founded the business, coming together to create a craft distillery, which is a testament to the hundreds of small scale distilleries that dotted the Irish landscape in the 1800s. 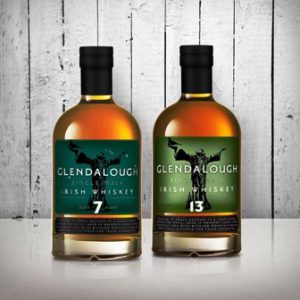 Glendalough was established as a monastic community by St. Kevin in the early 6th century. The name translates as the “Glen of the Two Lakes”, and would have been a very secluded place in the Saint’s day. Reputedly born in 498, St. Kevin was part of the Irish Celtic church which flourished throughout the early Middle Ages. He is said to have taken refuge from his followers in the remote valley, living in a Bronze Age tomb/cave known as St. Kevin’s Bed. He spent seven years in the wilderness, which inspired him to build his City of Seven Churches at Glendalough.

Most legends attribute the creation of whisk(e)y to the Irish. As a new distillery, Glendalough is producing Irish whiskey, though most of its own production is still very young. In the interim, the distillery has sourced whiskies from another Irish distiller for bottling. Glendalough Double Barrel ($62) is a four year old Irish Single Grain whiskey matured in Bourbon and finished in Oloroso Sherry. The whisky is soft, fruity and very easy drinking.

The core of the current range is the Glendalough 7 Year Single Malt Irish Whiskey ($79), which is bottled at 46 per cent without chill-filtering. The whiskies, though currently sourced from another distillery, will eventually all be produced in-house and bottled with the local Wicklow Mountain water. Matured in American oak, the whisky is very creamy, with citrus, spice and soft barley. It sees seven seasons before bottling, and the bottle itself, as with all of Glendalough’s, features St. Kevin on the label.

Top of the line at present is the Glendalough 13 Year Single Malt Irish Whiskey ($140). Only a very limited amount of this mature whiskey has found its way to North America. Like the 7 year, it is matured exclusively in American oak and bottled without chill-filtering at 46 per cent. The 13 year is intensely fruity, decadent and creamy with some firmer spices.

Glendalough’s whiskies are superb, but that’s not all the distillery produces. It also has a gin, as well as a native Irish spirit that predates even whiskey, Poitin. Poitin was born in tandem with the arrival of Christianity and the knowledge of distillation sometime after the 6th century. A medicinal moonshine, the spirit was outlawed in 1661, driving it into the forests and glens. Glendalough produces Poitin from a mix of malted barley and sugar beet, using unique distillation techniques and maturation in Irish oak. The range currently consists of Premium Poitin ($53), Mountain Strength ($59) and Sherry Cask ($60). These will almost certainly be hot with mixologists looking for unique cocktails ingredients.

Glendalough is just one of a number of new and reborn Irish distillers, and an encouraging sign of what’s to come. Its whiskies are beautiful, and the Poitin is very interesting; while the former are elegant and sophisticated, the latter is a bit of an acquired taste. The original water of life, Poitin might just have helped St. Kevin live such a long and commendable life. According to legend, he lived for 120 years, passing away in 618. If longevity is Poitin’s gift, plenty of time exists to acquire a taste!