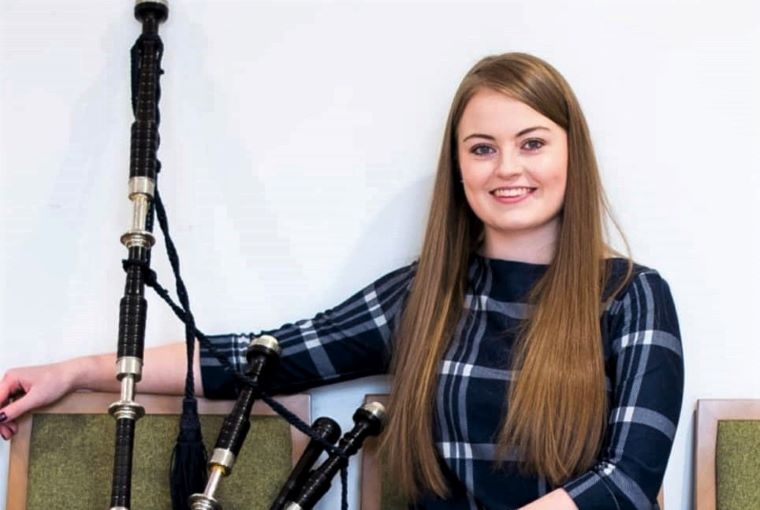 The Outer Hebrides are a series of islands off the west coast of Scotland. Many of these isles are the last bastions of daily, spoken – and sung – Gaelic in the country. South Uist, the second largest of these isles, is one example of where the preservation of that heritage is most pronounced.

It was amidst that milieu that piper Chloe Steele percolated, brewing a passion for the traditional sounds of her homeland.

“I have been piping my whole life,” she shares via email. “I started when I was eight years old. Piping has always been a huge part of life here, whether you play or not. The instrument remains a large piece of people’s lives. I believe that being surrounded by that tradition since a very young age encouraged me to try it myself.”

Even the pipes she plays today are part of long-standing local customs.

“I discovered that my great great grandfather was a Pipe Major during the First World War. My Papa was given his set of pipes after he passed, and I am now the proud owner of them today. They are an old set of Hendersons – the date they were made hasn’t been confirmed, but it is thought that they go back to the late 1800s/early 1900s. They are very special to me.”

Many modern pipers like to experiment and push the boundaries of what can be done with the instrument. Steele, however, is a steadfast traditionalist, believing that passing those old-school sounds and style along to future generations is a cultural responsibility. 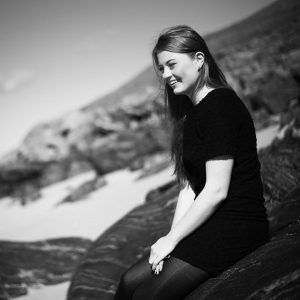 “I am most definitely a traditional piper – that is what I learned, and it is the style I most enjoy playing and listening to. I also think my Granny would have a heart attack if I came out with some modern repertoire on the pipes!

“I have been working hard in the community over the last few years promoting our local culture, to help inspire the younger generation,” she continues. “One example of this is an event I set up five years ago called Kildonan Cèilidhs. I will do everything in my power to ensure that the young people on our islands are encouraged to learn and play traditional music. It is crucial for the survival of our culture and island lifestyle. Things change so quickly in today’s society, so it is sometimes challenging for these special traditions to remain a priority in people’s everyday lives.”

Between launching her first CD in 2018, teaching and playing in Asturias, Spain, and visiting a school for blind and deaf children in Romania to play traditional music, Steele has had plenty of career highlights.

“There have been so many rewards, it would be hard to write about every one of them. However, something I really enjoy is teaching and seeing the progression of my pupils. That is very rewarding indeed.”

Steele isn’t just a musician, though – in her effort to preserve her South Uistian culture, she’s also dabbled in filmmaking with her 2019 documentary Bann nam Baghasdal. Filmed mostly in Gaelic with English subtitles, the work examines the close connections between South Uist, and the Cape Breton region of Nova Scotia. Cape Breton is another hub of spoken Gaelic, in no small part due to concerted efforts in recent years to revive and maintain the tongue. She travelled to Cape Breton herself and filmed while also playing across the island for the annual KitchenFest celebration. The documentary can be seen in its entirety on her YouTube page.

While preserving a traditional island culture can be hard and tireless work, Steele’s calendar is currently pretty open, taking nothing for granted, given the past year and a half.

“I haven’t got much planned this year, other than playing at a few weddings and continuing teaching the youth on the island. With the added uncertainty of Covid-19, no one can really plan ahead. However, I am hoping to record another album very soon.”