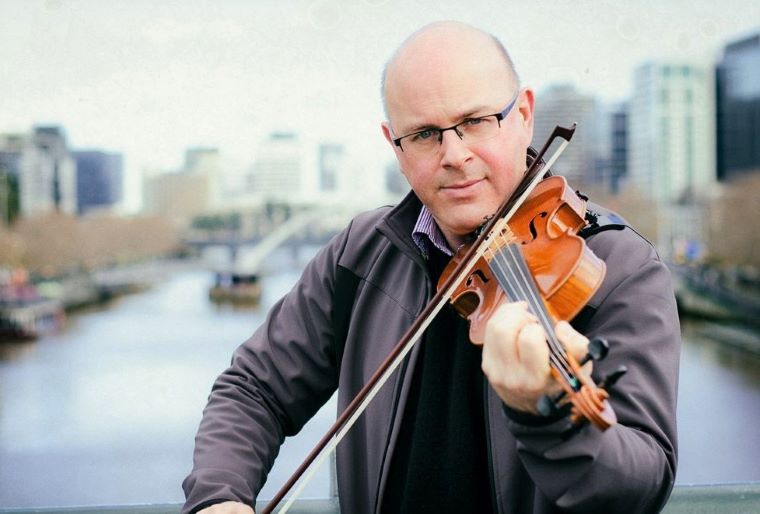 Colin MacLeod was born and raised in Scotland, a homestead he has recently returned to. In between, he’s trod quite a lot of sod, especially in the land down under.

“I regularly perform and teach – both in person and online – across five continents, including Europe, Asia, Africa, North America, and Australia,” MacLeod regales via email exchange with Celtic Life International. “Between 2000 and 2015, I taught Celtic fiddle workshops and performed at different Celtic festivals around Australia, playing with different bands like Taliska, and also joining in the odd gig with the Melbourne Scottish Fiddle Club.”

MacLeod, who has been playing the Celtic fiddle for 40 years now, was also the Executive Director for the Launceston Youth & Community String Orchestra Summer Camps in Tasmania, has taken his tunes on a philanthropic excursion to Sumatra to play for elephants, and has even strummed at the top of the world.

“Whilst on another philanthropic trip with Sacred Journeys Nepal in 2017, I played fiddle over the top of Mt. Everest in a plane at 33,000 feet to celebrate the birthday of someone who was on the trip. We applied to the Guinness Book of Records for taking Celtic fiddle playing to new, inspirational heights. The committee wrote back that the definition of the world record applied for was too narrow. Admittedly, the committee was right.”

MacLeod’s globetrotting has brought him in touch with countless culture across the world, and he is always excited to see Celtic heritage thriving in many unlikely locales.

“It was also really enjoyable to learn some of the local music and see how much music is part of different cultures everywhere. When I was travelling and living in Australia and the US, the social glue of Celtic music sessions, Highland games, Celtic festivals, and other events really stands out. These oases of connection help to both preserve and promote our culture.” 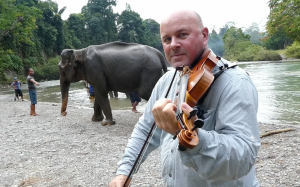 MacLeod’s continues to play his part in that process by doing what he knows best – teaching Celtic fiddle. And, amazingly, rather than closing down during COVID-19, he actually managed to open up a new platform to do that amidst lock down.

“I officially launched an online Celtic fiddle school during the coronavirus pandemic, and it has been gratifying, seeing how much of a difference playing Celtic fiddle music by ear can make in people’s lives,” he beams, assured that young people today are still very much interested in the instrument. “It is a case of the student being able to hear a sample of fiddle playing, perhaps the playing of tunes which are both inspiring to learn and fun to play. The more fiddle teachers there are, and the more that they teach and perform, the greater the chance young people will have of gaining some exposure to playing or listening to fiddle music.”

He ponders the broader preservation of Celtic culture.

“I think it depends which part of the world you are in, and people also having an interest in finding out more about their Celtic heritage.

“It would help if students had the option to sample fiddle playing at school, at home, or places of further education. We could also do more with social media, teaching more students about the art of storytelling and its place in culture, and how this has translated to the present day.

The return of touring for musicians and artists would also do wonders; a more extroverted approach to tourism, more online events to raise the awareness of the Celtic culture, and its influence on people’s lives.”

MacLeod is committed to growing his online courses, but he is also optimistically looking forward to globetrotting again in 2022.

“As said by Robert Burns, Scotland’s national poet and lyricist, ‘the best laid plans of mice and men are there to be refined.’”