“Growing up, it was my life,” shares the Utah-based dancer, and dance teacher, via email. “I longed to be onstage, and I would often get emotional when I watched others dance.”

As a youngster, Dorrity was an avid ballet and tap dancer. Years later, she fell in love with Irish dance through Riverdance, after her husband took her to see the internationally-renowned spectacle. From there, there was no turning back.

“I was hooked,” she says. “I took lessons from a performance-only studio for six years. Being in a group of dancers fulfilled a small part of my longing, but there was no performing outlet for adults there. When I discovered that people my age could compete, I found a new school and began competing as an adult.”

Her efforts eventually paid-off when she placed third at the World Irish Dance Association competition in Germany in 2014, an event she attended with her then 13-year-old son.

“It was intense, and I was proud to place on the podium in the O35 division. My son also placed in the U13 division.”

The following year, Dorrity closed that chapter of her career to become a dance teacher at Utah’s Legacy School of Dance. The school was formed in 2010, and she first set foot there as a student. After she had been teaching for a couple of years, she became the sole owner in 2017. Today, Legacy students range from as young as three years old, all the way to adults. 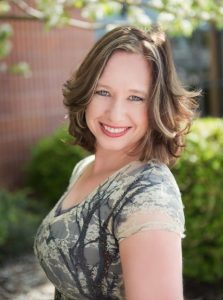 “Each step of my dancing career has been full of discovery. I still dance to express myself and to feed the passion that I have for performing.”

However, being a teacher and a studio-owner has been rewarding on an entirely different level.

“Sharing my love of Irish dance brings me a fulfillment that I never expected. I love to teach a young person their first steps and see the excitement in their eyes. When I see one of my more experienced dancers onstage, I don’t just see their beaming smile – I see the countless hours of practice, the struggles to overcome personal trials, and the intense commitment it takes to make them a star both onstage and off.”

It can be difficult, of course; when students must leave Legacy due to financial factors or other reasons they take a piece of Dorrity’s heart with them. However, she still finds great joy in things as seemingly small as “tying a little one’s hard shoes.” She is especially proud of a recent performance of Charlie and the Chocolate Factory, for which the students had to demonstrate polished moves throughout a full-length show.

“My vision for the school is one of individuality. Each dancer has his or her own path and I strive to help them reach their potential, whether that path includes competition, performance, dancing for social support or simply for exercise.”

The school’s adult program, she notes, is particularly strong.

“They love each other fiercely and always encourage newcomers to be a part of their community. Most of our dancers are from Utah’s Layton and Ogden areas, with some coming from as far away as an hour to classes.”

While she feels that much has been done to preserve Irish dancing culture, Dorrity acknowledges that is the responsibility of people like her to continue the effort.

“I applaud the push to preserve the old ways, and I am excited to see how this dance form will continue to evolve.”

For her part, she is helping to promote Irish culture both through dance, and via her own literary efforts.

“My debut novel, Awakening: The Geis, is about a young woman who finds Irish dance, and through it is able to remove a curse that has been held on her family for many generations.”

This year, Dorrity is looking forward to finding new ways for the school to give back to the community. For instance, the newly-formed Utah Irish Dance Company – “An elite performance troupe” – will mount shows throughout the year. She is also preparing for her Irish Dancing Teachers Examination.

“Every stage of my journey has completed a part of me, and I never tire of the endless possibilities in Irish dance.”