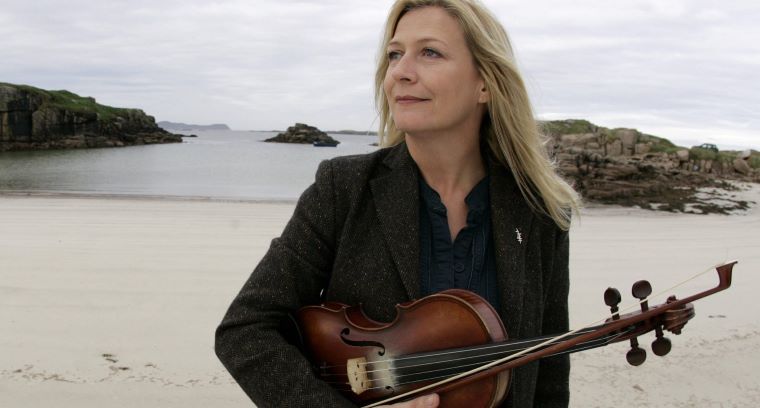 Mairéad Ní Mhaonaigh has carried her music around the world with her for more than 30 years.

As fiddler and vocalist with Altan – one of Ireland’s most iconic touring bands, which she formed with her late husband Frankie Kennedy – Ní Mhaonaigh has performed at the Sydney Opera House and the Hollywood Bowl, recorded with the likes of Dolly Parton and Bonnie Raitt, and shared the stage with Ricky Skaggs at the Grand Ole Opry.

There have been many highlights along her musical journey. For the moment, however, she is content to be at home in her native Gweedore, Donegal, where she lives with her teenage daughter.

“I love the simpler highlights more and more nowadays, like playing with older Donegal fiddlers like Danny Meehan, the Campbells of Glenties, or teaching at Donegal Fiddlers’ Week every August.”

A native Irish speaker, it was the call of motherhood that drew her back to the Gaeltacht (Gaelic-speaking) area, which is rich in both artistry and scenery.

“I came back to live here about 12 years ago, a few years after my daughter Nia was born, to raise her with the language and the music and the culture.”

Ni Mhaonaigh’s interest in the fiddle was sparked at age 10, after singing in Dublin and discovering musicians her own age who were playing traditional music.

“I heard people like Paddy Glackin on the fiddle, Mary Bergin on whistle, Máire Ní Chathasaigh on harp, Gay McKeon on pipes, Antóin Mac Gabhann on fiddle, and many others. They brought music alive for me and made it relevant in my life.”

She immediately began learning from her father and other Donegal musicians who visited their home regularly. Soon, she was delving into more obscure, archival music – much of which was no longer being played. 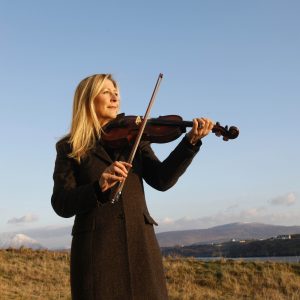 Ni Mhaonaigh believes that, over time, Donegal wove itself into her sound.

“My location has influenced my style, topographically, aesthetically, sonically.”

“I think your environment influences you as a folk musician, more so than if you were classically trained, as the formal training creates a different sound and technique and over-steps a person’s locality to a degree.”

She still plays the fiddle by ear, and thus still considers herself a traditional musician.

“My parents always encouraged me to be myself and, whilst listening to the best fiddlers, to find my own voice, which I have always tried to do, and is something that I am still pursuing.”

Her fiddle, a 1947 Collin-Mezin made in Paris, is played daily.

“It is an incredible instrument. I am also lucky to have a Noel Burke bow, which plays itself. Noel is a good friend, and he realized that my bowing style was rather unorthodox, so made the bow to suit me.”

Though she never shirks on practice, she admits that she is not able to play music if she thinks too hard about it.

“I have to be inspired and be totally engrossed in what I am doing. It is like my lifeline, my breath, my food, and my solace.”

Strong melodies that depict the Irish sensibility and psyche are among her favourites.

“I love the Farewell to Erin reel, which takes up the range of the whole fiddle, or a slow air like Bean an Fhir Rua (The Red-Haired Man’s Wife) or Port na bPucai (The Tune of the Spirits.)”

For the better part of three decades, Ni Mhaonaiagh has been part of County Donegal’s Cairdeas na BhFidleiri (The Friendship of the Fiddlers), a non-profit organization established to preserve and promote the instrument and the genre.

“I am glad to say the fiddling tradition in Donegal is healthy, with many young fiddlers playing amazing music, so our work has been worthwhile.”

Ni Mhaonaigh’s own musical taste runs the gamut; from classical to blues, jazz, folk and world beat. She was recently introduced to the Irish singer/songwriter Hosier by her daughter.

“I am also listening to field recordings of old Donegal singers like Róise Nic Ghrianna, from Aranmore Island, who was recorded back in the 1940s, and Kitty Gallagher, a local lady who is alive and well in her nineties.”