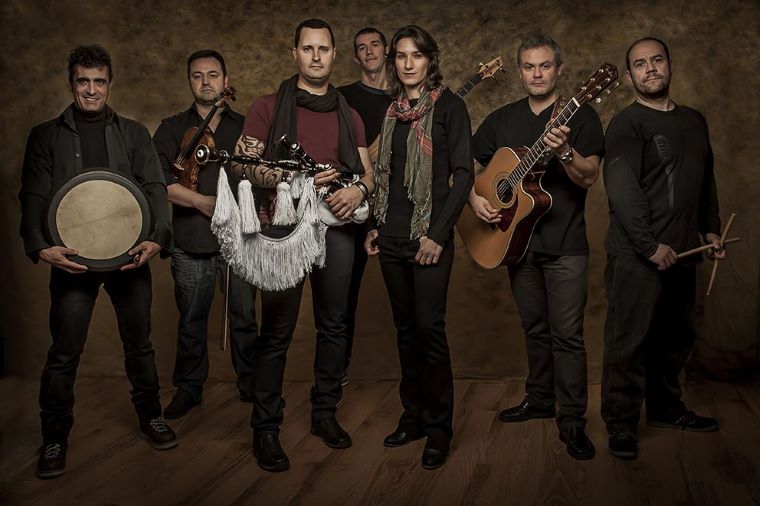 From the age of eight, music was a mandatory subject in school for Fernando Mosquera.

“At that time, I already knew that I sang well enough and had a good ear, so learning to play the flute was relatively simple for me,” shares Mosquera via email. “From there, my father taught me to play the harmonica and the Galician tambourine. Then I picked up the Irish flutes and, finally, the Galician bagpipe.”

That was more than 30 years ago. Today, Mosquera counts more than 50 instruments in his repertoire, including the bodhràn, the Italian ocarina and several varieties of pipes. He currently leads the Mosquera Celtic Band, one of the country’s foremost folk-pop music groups.

Given his heritage, Mosquera’s talent comes as no surprise. Part of his family hails from Sada, A Coruña in Galicia. “It is a land with strong Celtic roots, very near to the music related to the land and the sea,” he explains. More of his family comes from Ledrada in the province of Salamanca – “another land with customs deeply rooted in its music and its dance, with Celtiberian origins. I was born in Toledo, a very old city with a very important medieval heritage that also has a Celtiberian background.”

One ancestor, Antonio Mosquera, was a particularly brilliant musician. According to Mosquera, Antonio was born in Galicia and immigrated to New York in the first half of the 20th century, playing bagpipes in his own band: Antonio Mosquera and His Typical Group. “He recorded two albums, which I have since digitized, and, among many other achievements, he was invited to play a traditional Galician music concert for President Richard Nixon in the White House!” 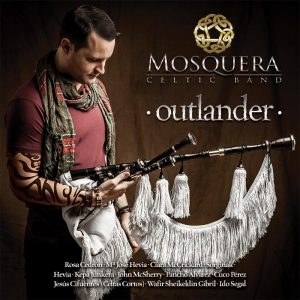 “The mix of all these parts is what is reflected in the music we play in the Mosquera Celtic Band.”

The new group formed in 2010. The previous year, Mosquera had composed a piece for the Government of Galicia to use in its promotion of the upcoming Holy Year of Xacobeo (or, in English, the Jacobean year.)

“I gathered together a group of musical friends to help me record that song in a studio and sent it to the Xuntade Galicia. I liked the experience so much that I decided to create my own band to play the songs I had composed over the years.”

The Mosquera Celtic Band – which already has two albums to its name, with another forthcoming – is currently made up of Mosquera and six other members. Sara Calatrava is a multi-lingual vocalist who also plays the Galician tambourine, Manuel Briega plays the electric violin, Javier García plays the acoustic and electric guitar, Óscar Hernández is on the electric bass, Manuel Agudo plays multiple kinds of tambourine and small percussion, while Jose Alberto Ortiz is on drums.

To say they are a talented bunch is an understatement; within eight months of forming, the band had landed its first record deal. Its debut album, Peregrinatio, was launched in 2012. The group released its second collection, Outlander, in 2015. That record, Mosquera says, was inspired by “love, anger and optimism.”

“With Outlander we fused folk with pop, Irish music and sounds from instruments from other cultures and times – such as Arabic, Hindu or medieval – and everything combines perfectly. And if that melange can work in music, why would it not work in society?”

With a third album – Terra – scheduled for release later this year, the group is again bringing something unique to the table

“My intention is that each album sounds different,” notes Mosquera. “The songs are always within my style, but I play with different musical elements. For example, Peregrinatio was based on Galician music, while Outlander leaned more towards Irish music. Terra will see us exploring traditional Americana through a combination of Celtic music and bluegrass.

“My own sound has been evolving since our first album,” he adds. “My inclination has always been to bring Celtic music to all kinds of audiences – older and younger, amateur or otherwise. That is why I chose the fusion between folk and pop as a form of expression; it is the best style to reach as many people as possible.”