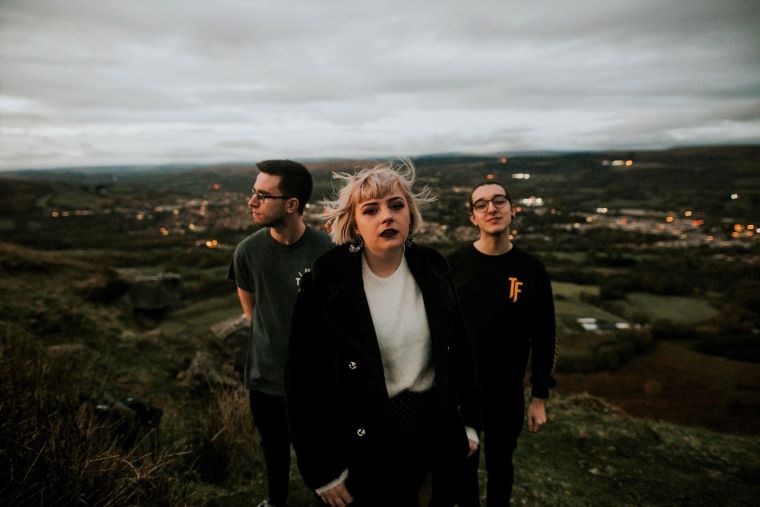 The image of the teenage garage band, trying to find their own unique voice in a vast musical landscape, was once something of an American stereotype. From the Beach Boys to Black Flag to The Black Keys, young men and women pounded on drums, strapped on second-hand guitars, turned their amps up to 11, and kept the neighbours awake well past their bedtimes.

Garage bands are now a global phenomenon, including in Wales, where three-piece rockers CHROMA are making musical waves.

“We all reside in South Wales,” share’s the band’s drummer, Zac Mather, via email. “Katie (Hall, vocals) lives in Cardiff, myself in Pontypridd, and Liam (Bevan, guitar) lives in Abercynon. We are all Welsh speakers, and we also write music in Welsh, with some English songs too.”

As youngsters each was inspired by the likes of Nirvana, Biffy Clyro, Blink 182, and Rage Against the Machine, along with well as an array of music teachers.

“Both Bev and I played in many local bands together while in our teens, when Katie eventually reached out to Bev during her time at Cardiff University to start a musical project,” Mather explains. “Since teaming up, we have been using our music as an outlet for us to creatively express our feelings through our songs, as we grow in this ever-changing world. Without this outlet we would probably end up screaming internally for eternity.”

Back then, the band was content to scream into the void. However, over time and with more concerts under their collective belt, the trio developed confidence in their sound, knowing that someone out there wanted to listen to what they were putting out.

“Our sound has really evolved in the past five years, as we have all grown up together,” continues Mather. “We are all in our early 20s now; when we started CHROMA, we were all in our late teens, and we didn’t know if we were any good or not, or if anyone would even want to listen to us. 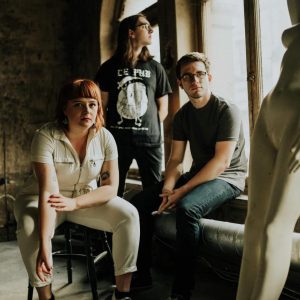 “Thinking of ourselves as artists has played a huge role in the way we make our music today.”

Mather admits that being in the music industry to has its fair share of challenges – especially as the internet offers so much sonic competition.

“The main issue we face these days is getting heard. There are plenty of amazing artists popping up everywhere right now. Getting a slot on a huge show, or managing to get some good press, can be tricky when everyone is getting bombarded with new music all of the time.”

Regardless, what draws the group out again and again is the sheer thrill of live performances.

“The feeling we get when we are on stage – whether it is in front of a hundred people or a thousand – doesn’t change much. It is so rewarding to get up there, leave all of our real-life problems behind, and just smash out some heavy, loud, rock music to people who are also into it.”

Since officially forming in 2015, CHROMA has enjoyed a number of major career highlights, including performing at the renowned Reading and Leeds festivals, appearing on BBC Radio 1’s big weekend, recording tracks at Maidia Vale Studios in London, and travelling throughout Europe.

Their most recent project is the release of their new single, Head in Transit, which highlights Hall’s soaring vocals – something, says Mather, that has shaped and defined their sound. The song was meant to be the centerpiece of their first full-length album.

“We were due to record it in April of 2020 but had to postpone until further notice due to the rapid spread of the coronavirus,” explains Mather, adding that everyone’s health and safety is top priority. “As soon as things have cooled down a little, we will be recording the album, and then looking to string together a U.K. tour to promote the release.”

Mather would like to see more Welsh representation in popular culture, but also believes some serious strides are being made in that direction.

“You have promoters like Clwb Ifor Bach and Tafwyl that are doing great work in bringing in people from outside of Wales and getting them involved in our culture in a real-world setting. And there are plenty more people in Wales working relentlessly to fight back against the oppression we have faced for hundreds of years and, in typical Welsh spirit, nobody is slowing down anytime soon.”