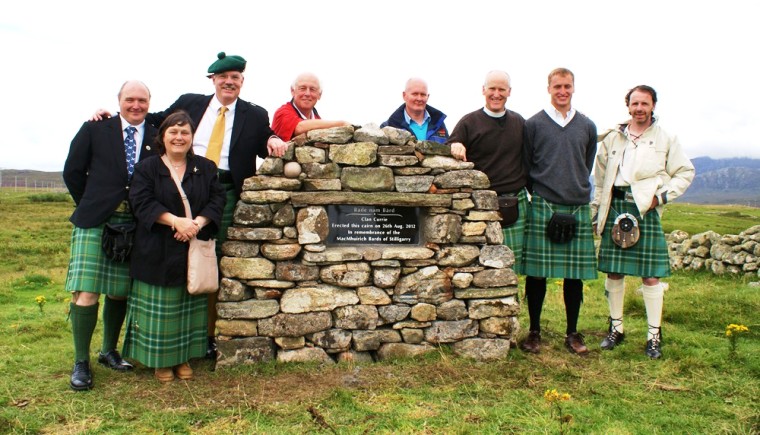 When the Curries gathers in Glasgow this week, expect more than small talk.

Get-togethers with the extended family usually take place by the barbeque or over a pot luck dinner, where everyone catches up with distant cousins, aunts, and uncles.

The Currie family is taking the tradition of the family gathering up a notch this August, as they gather in Glasgow to choose their first family leader in the clan’s 800 year history.

David Currie is the chaplain for the Clan Currie Society, a Scottish name society that has been working to study the history and raise the profile of the Currie family around the world. He explains that his family’s history is a bit different than many Scottish clans; they were more soothsayers than soldiers.

“The name Currie comes from the Gaelic MacMhuirich, which has to do with descending from a popular Irish bard,” says Currie, who adds that the family began when a prominent Irish Chief left for Scotland around the year 1210. “Obviously not every Currie was a bard, but that was a defined role for us.” 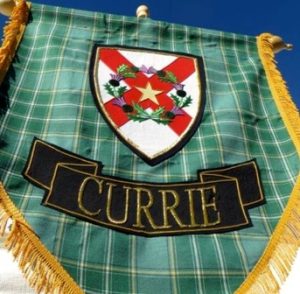 As bards, the Curries played a unique role in Scottish culture, as most could read and write, usually in Latin or Gaelic. Given their literary gifts, they wrote songs, poems, and prose for other clans – be they about family history or conquests in battle. Being familiar with the lineage of different clans, they were also called upon to quickly identify a fellow clan’s new leader during war, should the prior leader fall in battle. Though associated with several clans, their most important patrons were the powerful Clan Donald.

The talents of these bards were so varied and impressive that some even believed they might possess mystical powers.

But the Curries were not yet themselves a clan. Clan leaders, or chiefs, often held vast swaths of land populated by their kin, who could be called upon to form an army if need be. As such, notes David Currie, his ancestors traditionally did not fit this description.

“We were what scholars might call ‘learned kindred,’ or ‘learned family’ – that was something to be celebrated, and something that we could do as a family.”

Through the Court of the Lord Lyon in Scotland, some traditional Scottish families that wish to reunite under a tartan banner must be able to trace their lineage and find a modern heir to the leadership of their clan, known as a Chief of the Name and Arms of Currie. The Curries, given their unique role in Scottish history, have never had such a leader.

“We have done some pretty extensive research, and we haven’t found any – it appears that we have never had a chief.”

In lieu of finding that clan heir, Curries from around the world will gather in Glasgow this August for a special family convention. There, candidates for the role (called ‘representers’) will make a case for leadership, and the family will vote to elect one of them to represent their name.

“We’re doing something that happened semi-organically sometimes through more formal processes centuries ago,” says Currie, who, as the Clan Currie Society chaplain, has been deemed a neutral party to organize the family convention. 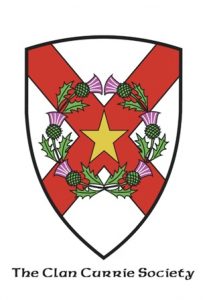 With the Celtic Diaspora now spanning the globe, the selection process won’t be limited to Scotland.

“I have had some initial inquiries from Australia, Scotland, New Zealand, England, South Africa and the U.S., as well as others who have indicated that they are going to participate in the family convention. We are excited that we look to have a fairly global representation.”

In accordance with the rules laid out by the Court of the Lord Lyon, only those born a Currie can vote, and they must be in Glasgow in person on August 15 to do so. Also, it is the Court that will ultimately make the decision to bequeath the title to the elected candidate – the Court will listen to the family’s wishes if largely unanimous, but it may choose to hold another election or leave some time open for someone to provide a counter-claim to the title if there’s disagreement within the family.

David Currie wants Curries and Currie well-wishers everywhere to know that their support and participation in spirit is welcome. The family plans to move forward under this unification of name to bring their historic talents of storytelling, education, and support of Celtic culture to a modern age.

“Whoever ends up being in that role, that is certainly the vision that those who explored putting together the family convention would like to see,” shares Currie, who sees this as an opportunity to bring the Currie family together with other historic Scottish clans, and hopes other families without a Chief of the Name and Arms Head of the Name and Arms will be inspired by the Currie example this summer. “If we can do it, you may be able to do so as well.”