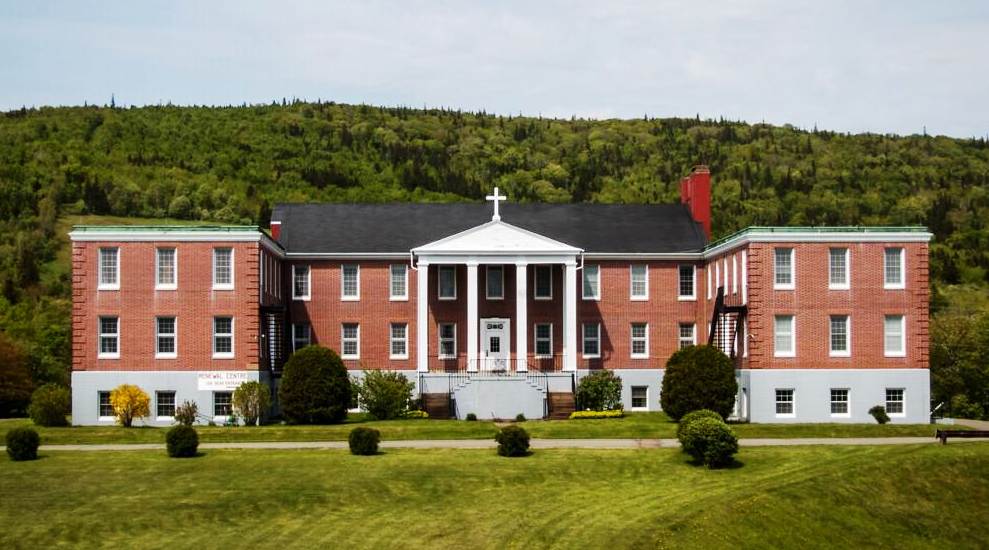 Located on a scenic peninsula off the famed Cabot Trail twisting along the shores of the Cape Breton Highlands, the internationally-known college has purchased the Atlantic Gaelic Academy and is in the process of buying a former convent and girls’ boarding school an hour away in the equally picturesque village of Mabou.

“We definitely see amazing opportunities for growth with these purchases” says Rodney MacDonald, CEO of the non-profit institution. “We are debt-free, except for a standard operating line of credit, and we have increased our revenues by 50 per cent in the past six years so we were in an excellent position to take advantage when those opportunities arose.”

“As I delved deeper and deeper I came across more and more Gaelic documents and of course, I couldn’t read them. I began to feel I should know the language of my mother’s people so I began taking courses.”

Leonard soon discovered the available courses and workshops did not meet his needs.

“I wanted something that continued on a regular basis and because it did not exist – outside of going to Scotland to become a fulltime student, which was not feasible – I began trying to create it and got a great deal of help along the way.” 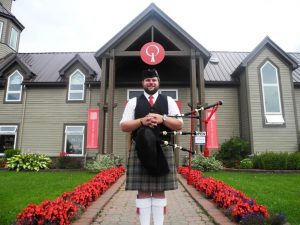 Thus, combining tradition with technology, the academy was born 10 years ago and today engages students from Canada, the United States, Europe, Australia, and even a lone student in Japan.

“The time had come for me to sell and my interest was in seeing that the academy went to a good home where its work can continue,” adds Leonard. “I couldn’t ask for a better home than the Gaelic College.”

While the college has long provided Gaelic language programs, Rodney MacDonald pointed out it has increasingly been offering university credit courses through University College Cape Breton.

“To be able to bring all our language programs together, with Bob staying on as a consultant to work with staff member Joyce MacDonald, who is very fluent in the language, it is a perfect marriage.”

Along with the new program, the College has acquired new property;

The Congregation of Notre Dame spent a century in the village of Mabou, but only three nuns – all with ties to the community – currently reside in its convent. They are scheduled to leave the facility in the fall. The boarding school, which once housed 90 female high school students, closed in 1978. A year later the school reopened as a spiritual retreat centre.

Before deciding to sell the property, the CNDs held a two-year community consultation process, and established four criteria against which offers to purchase were measured.

“They identified four areas that they felt would be appropriate uses of the property and facilities,” notes MacDonald; “education, culture, faith and community. We were able to meet their conditions.”

As financing of 40,000 square foot residential building and the five surrounding acres overlooking Mabou Harbour is still in the works, MacDonald noted it was too early to say how the college will use the property.

“It was built as a residential facility and an educational facility and that will certainly continue. In more recent years it has been used as a spiritual renewal centre and for community purposes. Although that won’t be our primary purpose, those opportunities will continue.”

It is 80 years since farmers and lumberjacks hoisted the first logs to establish the college, its construction overseen by the Rev. A.W.R. MacKenzie, a Presbyterian minister who left his home on the Isle of Skye to seek his fortune in North America. McKenzie had no Gaelic himself, but he believed building the college would give the language an anchor against economic hardship, out-migration, an English-only school system, and the widespread perception that Gaelic was a language of the poor and backward.

The irony of a college owing its beginnings to a Presbyterian minister that is now encompassing a school operated by a teaching order founded in New France in the 17th century is not lost on MacDonald.

“It adds a wonderful dimension to our history here on Cape Breton Island and I think we have some very exciting days ahead for the college, at St. Ann’s and in Mabou.”