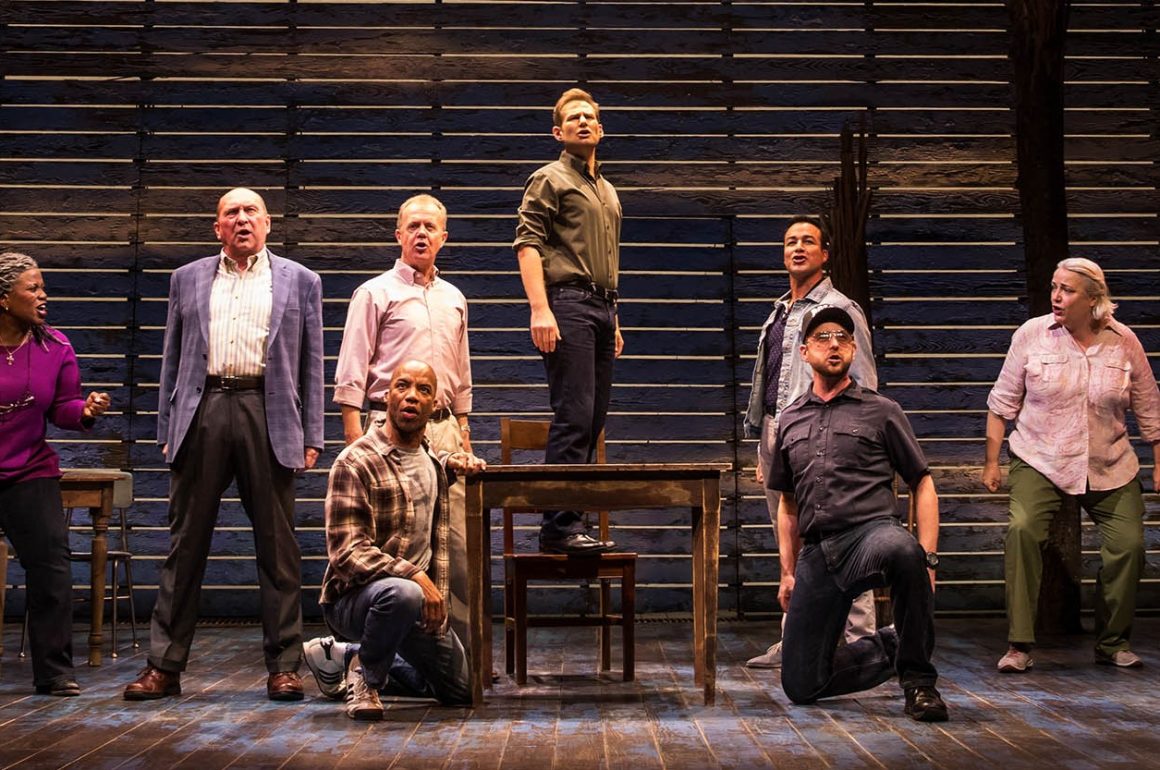 There is a telling moment towards the finale of Come From Away – a moment so brief that it is easy to miss amidst the on-stage swirl of music and mayhem.

“Wanna’ hear a good Newfie joke?” asks Gander’s jovial mayor to no one in particular.

“Knock-Knock,” he says aloud, before quickly delivering the punch-line, “Come on in, the door’s open…”

Though fast and fleeting, that single moment speaks to the warmth and welcome extended to confused and frightened travelers whose 38 planes were diverted to the northern Newfoundland community on the day of the World Trade Center attacks.

There are so many memorable moments in the smash Broadway musical, in fact, that show-goers are hard-pressed to pick out a particular favourite after the 90-minute performance. 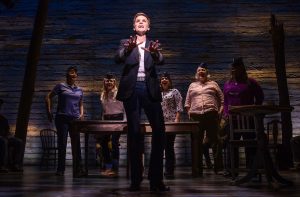 “I loved the music,” says Greta Warren of Manhattan. “The songs and the fiddles and guitars were all so upbeat and uplifting. I just wanted to invite them all over to our place afterwards for a party.”

“The accent and the dialect,” notes Nick Ricci of Staten Island. “And all the quirky little things about Newfoundland culture – the bit about having to kiss the cod was hilarious.”

Others were touched by the show’s message of hope.

“What got me was that these were all true stories,” shares Alan Douglas of Pennsylvania, who attended the performance with his wife and two grandchildren. “This community, which no-one had ever heard of, just dropped everything to help people they had never met.”

“It was very, very heartwarming,” adds his wife Lorraine. “Not only to see people come together during a time of tragedy, but to do so without any sense of self-interest. If only the rest of the world were like that…”

For Come From Away co-creators David Hein and Irene Sankoff, that kind of audience approval means more to them than anything.

“That first week we opened on Broadway was a little nerve wracking to say the least,” admits Sankoff over the phone from the couple’s home in Toronto.

“Aside from dealing with all of the last-minute logistical and technical issues, and tweaking the timing of lines, the musical cues, and so forth, we were playing to some of the most seasoned and sophisticated theatre-goers in the world. We had no idea how it was going to be received by audiences – as with all things on Broadway, they would make or break the run.”

The play was an instant triumph, aided by the attendance and accolades of Canadian Prime Minister Justin Trudeau, Ivanka Trump, as well as numerous other political dignitaries.

“I was a little more confident,” says Hein, who grew up on the Canadian Prairies.

“I believed we had something special that would hit home with people, but hearing the buzz on the street after those first shows confirmed what I knew in my heart.”

Critics and industry types also loved the production; to date, Come From Away has picked up a plentitude of prominent prizes, including a Tony Award in June for Best Direction Of A Musical.

Sankoff, a native Montrealer, says the honours have been overwhelming. 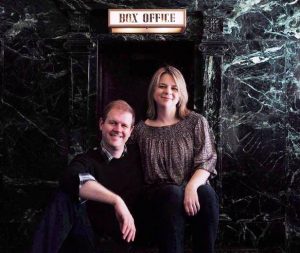 “To be honest, when we first came up with the idea for the play, we would have been happy just to have had it run the high-school and community center circuit.”

The road to success was paved with love.

Hein and Sankoff first met at York University in Toronto in the early 1990s. Moving to New York City in 1999 to pursue careers in music and theatre respectively, they married in 2001, shortly after 9/11. Later relocating back to Toronto, the couple collaborated on My Mother’s Lesbian Jewish Wiccan Wedding, which first presented at the Toronto Fringe Festival, before graduating to the 700-seat Panasonic Theatre.

“The epiphany for us with that show was that it worked because it was based upon a true story,” shares Sankoff, explaining how Hein’s mother had come out of the closet and remarried later in life. “Audiences connected with it because it was real.”

When it was suggested that the duo consider applying their newfound musical formula to Newfoundland’s role in the 9/11 attacks, the pair flew to Gander for the event’s 10th anniversary. There, they met and interviewed hundreds of locals and “come from aways” who had gathered to commemorate and celebrate a decade of friendships.

“It was very emotional,” recalls Hein. “Though so much had changed over those ten years, the bonds between these people had been fused tight by the intensity of that initial experience. There certainly was no shortage of stories to tell.”

The twosome honed in on several key narratives, including a gay male couple’s concern with small-town prejudice, an Egyptian Muslim man facing fear and backlash, a budding love affair between a British gentleman and a woman from Texas, an urban black man’s shock at wandering through friendly white neighbourhoods, and two mothers of firefighters – one of whom is desperately trying to contact her son who is on site at Ground Zero.

“We were really moved by these people’s stories,” says Sankoff, “so we knew that audiences would be as well.

“There were so many mixed feelings – confusion, hope, joy, sorrow, anger – an entire spectrum of human emotions and experience crammed into just a few days.”

Despite its remote location, Gander – whose heyday was in the 1940s, 1950s, and 1960s, following the construction of an international airport to service overseas flights – proved to be an ideal setting.

“Newfoundlanders are resourceful and resilient,” notes Hein. “And they are truly a unique and amazing people; the way they speak is incredibly distinct, as are their customs and traditions. In a lot of cases, the humour was already built right in to what we were trying to do. There was no real need for us to add any flavour, colour or character – it was all there.” 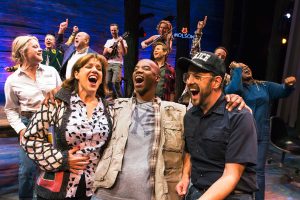 By the same standards, the music came easily.

‘I have always been a huge fan of traditional Celtic and Irish music,” continues Hein. “I grew up on the sounds of Great Big Sea, Shanneyganock, and a whole bunch of other great bands and artists from Newfoundland, so putting the songs together for this show – especially the jigs and reels – was a lot of fun.”

Come From Away would come together over five years, with the pair researching, writing, and refining the production. After intensive work-shopping in both Canada and the USA, a bidding war from producers ensued, leading to successful runs in San Diego, Seattle, Washington, Toronto, and now, The Big Apple.

“I guess it’s all downhill from here,” laughs Hein.

All kidding aside, the couple is thrilled to continue sharing Newfoundland with the world.

“Knowing that the story has resonated with audiences, and that we have touched people in some way, is truly its own reward,” says Sankoff. “If they can leave the theatre holding onto a memory, or perhaps a moment – or even a series of moments – then we have done our job, and maybe the world will be a better place for it.”

For Hein, the return is closer to home.

“The reward for me has been sharing these incredible moments, each and every day, with my beautiful wife.”

Come From Away is now onstage at the Phoenix Theatre in London! Tickets are available here; https://seatplan.com/london/phoenix-theatre/