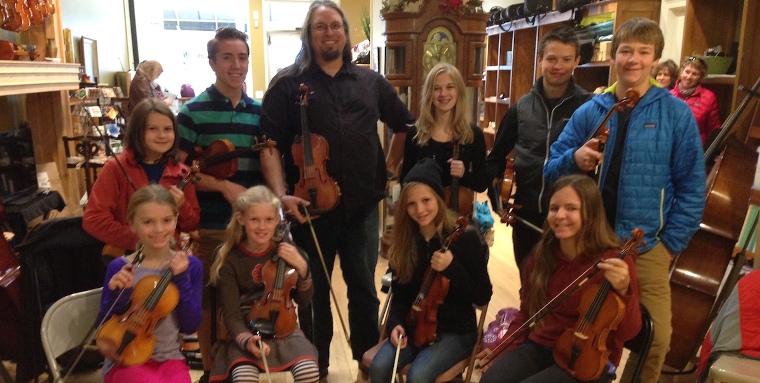 “I have sensed great interest in this style music everywhere I play,” he continues. “Quebec’s musical heritage is recognized around the world, and I teach people in Europe, the U.S. and even Australia, who are familiar with our repertoire.”

The Quebec fiddling tradition includes some unique forms, including the ‘brandy’ – a sort of slip-reel that sounds like a reel, but is in 3/4 time instead of 4/4.

Throughout his travels, Gemme has witnessed the power of music to bring people together.

“Whenever I play fiddle, no matter where I am on the planet, I feel like I am home. Fiddling and traditional music connects us, creating a common, open ground for sharing. It makes me feel like I am part of something bigger than myself, while at the same time it keeps me grounded to my roots.

“I also like the fact that there are an infinite number of tricks and tunes one can learn from other players, and that those songs reflect the history of those who have passed that music down through the generations.” 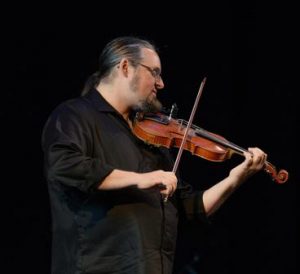 Gemme’s musical passion was ignited by a fiddler in his own family – his maternal grandfather.

“Like most fiddlers I have met, he had collected music from other fiddlers, and learned from recordings, including a unique collection of tunes from all kinds of sub-cultures.

In the same performance, my grandfather could play Quebecois tunes, as well as Irish and Scottish reels and jigs, melodies from popular songs of the moment and American-style tunes. I had the chance to spend a fair amount of time with him and this is how I developed an ear for fiddle music.”

The young Gemme began developing that ear at the tender age of five, acquiring his own instrument three years later. He hasn’t studied the violin formally since he was eleven, having become distracted by the guitar during early adulthood.

“My musical journey eventually led me towards a more classical tone than my grandfather achieved. Some people think I am classically trained, and I take that as a compliment. However, I think of myself as more of a traditional Quebecois fiddler.”

“Their repertoire is quite unique,” he notes of the latter. “A lot of the melodies have been influenced by quadrille-style music that was popular in Europe from the mid-1700s to the mid-1800s.

“It is a joyous style that has influenced all of the other musical genres in Quebec, even a lot of the Celtic music. The melodies themselves are quite unique in both the time signature and the modes they use.”

A book-lover, Gemme’s career highlights include performing in the Library of Alexandria in Egypt. He also relished playing in the rainforest in Malaysia on a stage built into the branches of a tree.

These days, he is putting the finishing touches on a new album with his trio Genticorum. Following the recording, he will tour North America with the group, as a solo artist, and with guitarist Yann Falquet.

Last year, he found himself teaching students of commercial music at Belmont University School of Music in Nashville. 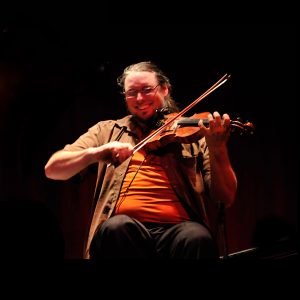 “Since country music and traditional music are so closely related in the U.S., the students were really interested in learning some of my ‘licks’, and to include them in their own style. They were looking to acquire an extra edge in the very competitive Nashville recording business.”

He adds that sharing Quebecois musical traditions with younger players is vital to preserve and promote the genre.

“You have a lot more chance of catching the fiddling bug if you see it live rather than just on YouTube. And if kids get to play that traditional music in class, alongside their usual classical repertoire, they will have more options of expression available to them in both the studio and on stage.”