Catching up with Allan Hawco 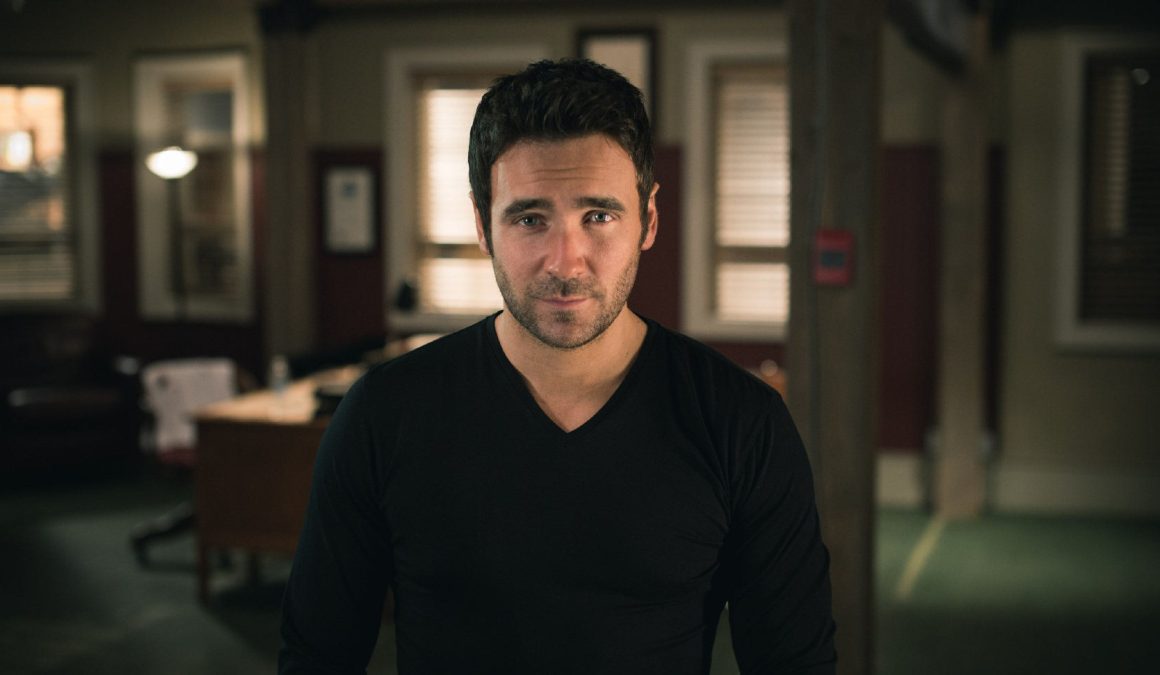 “Not many of us get national recognition in this business in Canada,” shares the 40-year-old via telephone from his home in Newfoundland’s provincial capital. “If you are lucky enough to have achieved that, well, I have a great level of appreciation for it. Your currency as a performer is in the people who want to watch you, and Doyle fans were very loyal.”

The hit series ended in 2014 after six seasons when its writers “reached our creative conclusion” and has since vaulted into the Netflix realm.

That hasn’t slowed the native Newfoundlander down, however; Hawco has just finished production of Caught, a four-episode CBC television series set to air in 2018. Based on a novel by Newfoundland writer Lisa Moore, it is an action-packed drama about a drug smuggler who breaks out of jail and goes in pursuit of his former partner.

“Caught was wonderful, flawless in production. When I read it, I loved the plot and characters, so I called Lisa immediately and told her we wanted to make it into a series.” 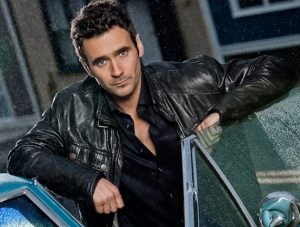 He expects the series will be destined for more than four episodes, and is also hoping for a third season of Frontier, a fiction-based Netflix-Discovery Channel historical series based on the once lucrative Canadian fur trade.

“Long before oil we had furs, so the show is about warring factions fighting for control of a valuable commodity.”

Along with five other partners, Hawco owns and operates Take the Shot Productions, a St. John’s company hell-bent on creating its own opportunities. Because he plays lead roles in Republic of Doyle, Frontier and Caught, he tends to get the attention he believes should be focused on the company.

“It is misleading to think it just me because I’ve got amazing partners, all with great skills and working hard here in Newfoundland.”

Hawco was born on Bell Island, off the Avalon Peninsula in Conception Bay, on the province’s east coast. His mother was an elementary school teacher, while his father worked on the ferry that connects the islet to the Newfoundland mainland. He initially studied business at Memorial University in St. John’s, but was eventually drawn to stage production.

“I went to university because my mother made me,” he laughs. “I really wasn’t that interested in business, but I certainly see the irony of that now, considering how much of my time is tied up with business.”

When he announced to his parents that he would rather study theatre, the brilliance of his plan was not immediately clear, particularly to his mother.

“I auditioned for the National Theatre School of Canada and was one of about 12 students accepted, so that conferred a degree of legitimacy to what I wanted to do.” 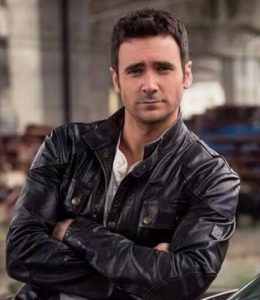 He recalls a particular theatre school instructor telling him that his best chances for success would come by taking career matters into his own hands.

“He was right. I like to scout possibilities and I like to be in charge. I wanted to pick my own roles and without the star power to do that, my partners and I started our own production company.”

Although CBC offered him the part of renowned hockey commentator Don Cherry in a biographical series, Hawco brazenly countered with a proposal for Republic of Doyle – an idea he had been toying with since he was 19.

“CBC took a huge risk on us, and we may have given them a few reasons for panic in the early days. Film and TV is about the right fit, and it took us some time to find it because we had never made a series before.”

He is pleased that Republic of Doyle – and subsequent productions – has helped to put the province, and many of its talented actors and crew, on a bigger national stage.

“I think it took a long time for Canada to get to know Newfoundland, and for us to get to know Canadians. Until the 1970s, unless you were in fish or other commerce, there wasn’t much reason to come to Newfoundland. That’s all changed now.

“With Republic of Doyle, we felt we had a moral contract to produce a show that was authentic to our place. To have succeeded was sheer magic.”