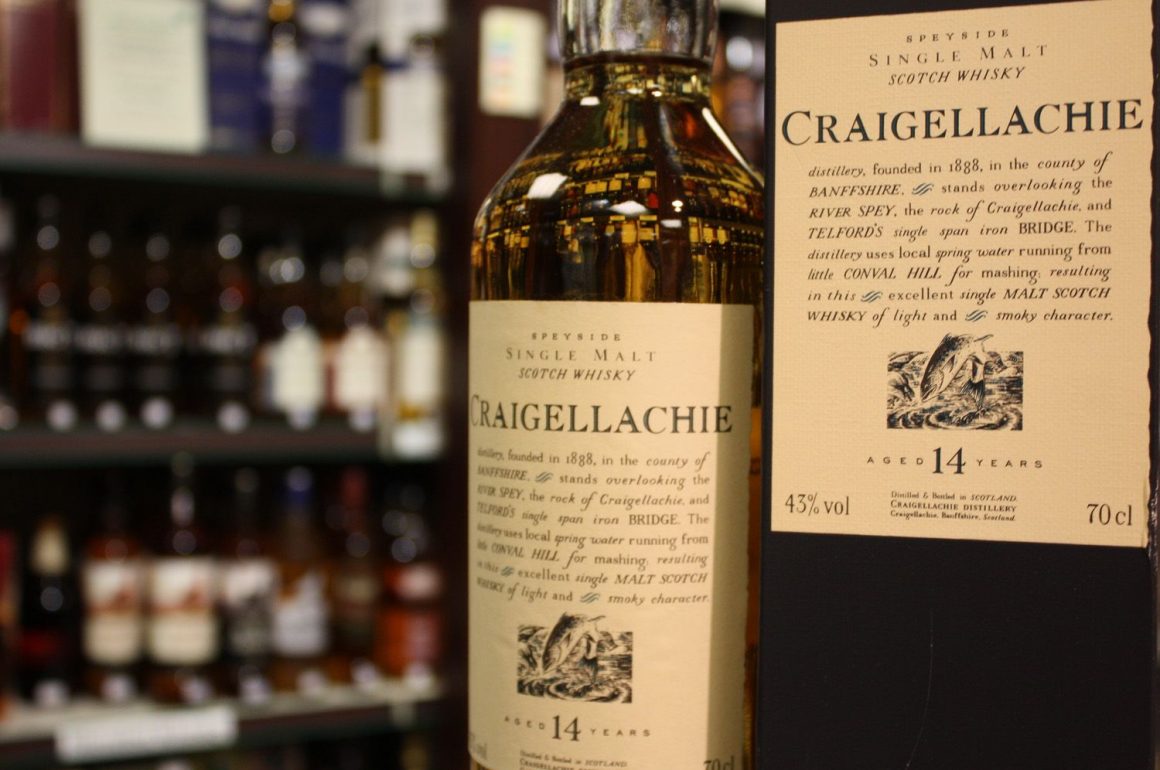 It is probably true to say that Canada may not have become the country it is today without the Canadian Pacific Railway. The promise of the railway was a condition of British Columbia’s accession to Canada in 1871. It nearly wasn’t completed; there were a series of natural disasters, financial crises and threats of secession by the new province, not to mention the North West Rebellion. But, in the end, Canada was linked by a ribbon of steel formally completed on the morning of the November 7, 1885. The “last spike” was driven into the Canadian Pacific Railway at a site named Craigellachie, in honour of the CPR’s first President, Sir George Stephen.

Sir George Stephen was from the town of Craigellachie in the Speyside region of Scotland. At a critical moment in the railway’s construction, Stephen had returned to the U.K. to raise capital for the project. When successful, he is said to have telegraphed colleagues at the firm the Grant clan motto: “Stand fast, Craigellachie!” Today the ceremonial station at Craigellachie, British Columbia, is little more than a roadside attraction on the Trans-Canada Highway. Craigellachie in Scotland, however, sits at the heart of a booming Scotch whisky industry, an important crossroads on the Speyside Whisky Trail.

The Craigellachie Distillery was not built until 1890, during the first major boom of the Scotch whisky industry. Perched above the River Spey, both the distillery and the town for which it is named play an important role in the region, especially for whisky pilgrims. More than 20 distilleries can be found within a 15-kilometer radius of the town, including Macallan, Glenfarclas, Aberlour, Glenfiddich, Balvenie and BenRiach.

Unlike the aforementioned, Craigellachie Distillery is not open to the public, though it is hard to miss as you take the A941 en route to Dufftown. The reason for the concentration of distilleries in the region is partly historic, but mostly due to their proximity to vital natural resources: the granite Cairngorm Mountains to the south of Speyside ensures tha a plentiful supply of pure clean water flows down into rolling fields – perfect for the growing of barley. Most distilleries would have started as farms, eventually making the switch to producing more profitable whisky.

Craigellachie was never a farm; it was built to produce malt whisky for the exploding blended Scotch whisky industry of the 1890s – principally the Dewar’s blends – and it has continued to do so for the last 126 year. The distillery is not without its fans, but single malt bottling – even from independent bottlers – have been few and far between. In 2014, the facility’s owners – Bacardi – made the decision to start promoting Craigellachie as a single malt. A core range of 13, 17 and 23-year-old expressions was released, finding their way to Canada in 2016. The following year, both 19 and 31-year-old expressions were launched for the Duty Free market. Admirably, for a large multi-national corporation, Bacardi had the courage to bottle the range at 46% without chill-filtering or added colouring – a very good decision!

Craigellachie 13 Year: Superb value for an entry-level malt, the whisky is very fruity and floral with a meaty undertone. While the worm tubs have left a touch of sulphur, there are no rough edges. $75

Craigellachie 17 Year: The extra years have added more vanilla, allowing the flowers and fruits to blossom. The meaty, sulphur tones are still there but have mellowed considerably. $173

Craigelleachie 23 Year: Spicier, with a hint of peat and loads of dried fruits, the 23 show much more depth than its younger siblings. Medium bodied, it is creamier than younger expressions with ripe tropical fruits. $450

Craigellachie 31 Year: The oldest official bottling yet is said to be thick and waxy with notes of BBQ pineapple and syrupy tones. I can’t say for certain though, as I am still waiting to try it… hint, hint, hint! $750 USD