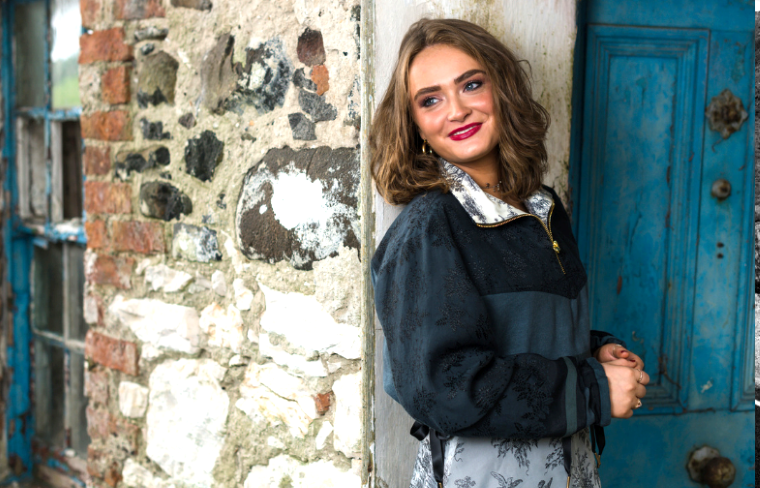 “I started piano lessons after school before going to my grandparents’ house,” she shares with Celtic Life International via email from her home in Larne, north of Belfast. “When I was seven years old, I was bought my first fiddle – an eighth of the size of a full violin – and was taught how to play Twinkle Twinkle Little Star. Music was a big part of my childhood.

“My father and my little sister also play traditional Irish music,” she continues. “I grew up performing at sessions and competitions all around Ireland.”

In addition to playing the piano and violin, the 19-year-old is also an award-winning vocalist.

“In secondary school I played in the school orchestra, sang in four school choirs, and began singing lessons in classical and musical theatre with Susan Shepherd. I was shy and only started to find the confidence to sing in front of an audience when I played the part of Frenchie in Grease when I was 16, as part of the school musical. I was the youngest cast member, and the experience had a major impact on my musical ambitions. I then had the courage to share my music with everyone and was accepted into both the Northern Ireland National Youth Choir and Belfast Operatic Company.”

She continues to play and perform for many of the same reasons today, further crediting Taylor Swift, Maisie Peters, Aine Cronan McCarthy, and Ed Sheeran as a few of her biggest musical inspirations.

“Music is an integral part of my life – it always has been and always will be.”

“I am currently balancing my career as a singer-songwriter and multi-instrumentalist with a degree in primary school teaching with music at St Mary’s University College, Belfast. As I have gotten older, I have learned to better appreciate the benefits of music, as it has given me confidence, relieves stress, and has helped build a wonderful network of friends. Music has given me many amazing opportunities and a career both as a singer and a future teacher.” 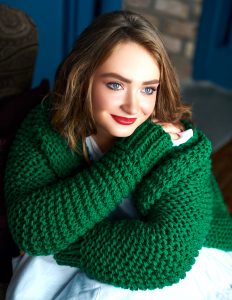 One of her biggest vocational highlights was uploading her solo performance of “I’ve Been Waiting for You” from the musical Mamma Mia online.

“I couldn’t believe that it went viral. I have had so many unexpected opportunities over the past 12 months, and it has been such a whirlwind.”

Conway also performed at the Celtic Songbirds livestream, where she duetted with Andrea Begley, and has opened for Irish singing legend Brian Kennedy. Recently, she was also selected as one of only five young singer-songwriters for the ’21 Artist for the 21st Century Program, which was supported by Northern Irish actor and filmmaker Sir Kenneth Branagh.

Not unlike many in the entertainment industry, she has had to make some adjustments during the COVID-19 pandemic.

“It has brought lots of new challenges to the music industry which has required resilience and innovation in using new ways to reach your audience. During the past 18 months this has involved taking part in lots of livestream concerts both regionally and internationally. I have used the time to write songs and develop myself as an artist.”

In August 2021, she released her first original single “Calendar”, which was followed up by “All You Gave Was Goodbye” shortly thereafter.

“The core reason I decided to share my first singing video online was to bring anyone a bit of happiness during what was such a dark time during the first lockdown – everyone was struggling in some way. Music is a way of connecting with others around the world by sharing similar personal experiences through song. That is a beautiful thing.”

Conway is currently gearing up to release her third single, “House without a Home.”

“The story of the song explores the emotional journey of betrayal, heartbreak, and eventually peace, following the end of a relationship where the ‘home’ you had built with love was brought down again by broken promises and pain.

“I will also be working on the release of my first album with plans to perform at the Belfast Mela Festival, the Friends Goodwill, and the Dalriada Festival, in addition to further developing myself as a primary school teacher.”