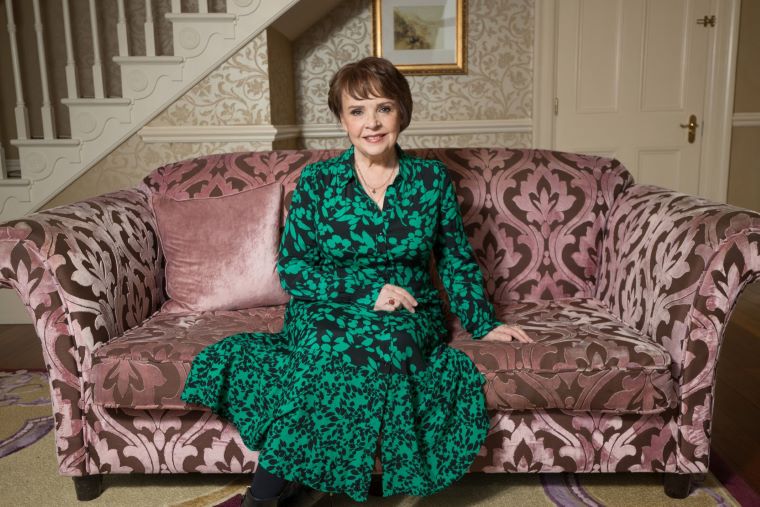 Dana Rosemary Scallon was born into a musical family in London, where her Northern Irish family had relocated to find work. When she was five, the family moved back to Derry, the city once inhabited by both her parents and her grandparents.

“Their roots were in Donegal,” shares Scallon via email. “And, typical of many people from that county, their great-grandparents had migrated to Scotland seeking employment, remaining and raising their families there. So, my maternal and paternal great grandparents were from Scotland. I guess you could call that a fairly typical Irish family.”

As a youngster, Scallon sang, danced, and played piano, competing in music festivals at Derry’s famous Guildhall. “One in Gaelic with traditional music and the other in the English language with classical music.” She also found a fondness for acoustic music and participated in folk sessions in various area homes. She eventually picked up the guitar – a more portable instrument than piano.

After winning a local talent competition as a teenager, a small Dublin record company awarded her with a contract. Born Rosemary Brown, Scallon used her childhood nickname (Dana) as her professional moniker. After releasing her first single, she represented Ireland in the 1970 Eurovision Song Contest, the annual televised talent competition that is still hosted in a different European country every year. She took the stage in Amsterdam and sang “All Kinds of Everything” in front of people from all over the continent.

“I was an unknown, amateur singer, still at school and about to take my final exams before going to college,” recalls Scallon. “My ambition was to be a teacher of music and English literature, but on that fateful night in Amsterdam, I became Ireland’s first winner of the Eurovision Song Contest. Overnight my song topped the charts throughout Europe and beyond and I was instantly a professional singer.”

The single sold three million copies, launching a career that would see her record and release more than 30 studio albums. 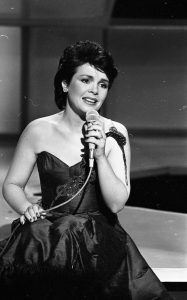 Scallon was forced to put her musical output on pause in 1976, when she was diagnosed with a tumour on her vocal cord. “The consultant operated the following morning. It happened so quickly I didn’t realize the seriousness of the situation.”

Fortunately, the tumour was benign, but it took her years to return to singing.

“I had to learn to speak again and then, gradually, to sing. My voice, my life, and my priorities were changed completely, and I believe for the better.

“The experience helped me to grow stronger as a person and as an artist. It was a wakeup call to what was really important in life.”

Perhaps aptly, her 1979 album was titled The Girl is Back.

Scallon is grateful for the impact her work has had on others over the years. “I love it when people share their life memories with me and tell me how my music has been a part of their experience. I have always loved being with people, getting to know them and letting them get to know know me. It is a great privilege to be able to share my music on stage, but I usually spend more time taking with people after the show than I do performing on stage.”

Live concerts, of course, have their fair share of challenges.

“Like many other performers I know, I have walked on stage feeling totally broken-hearted at the loss of a loved one, or – as has happened a number of times – with a high fever of 103 degrees. You cannot burden your audience with how you are feeling, however, and so you must rise to the challenge of entertaining the people before you. Nerves are another big challenge, and I am often asked if nerves disappear with experience. The answer is that no, they don’t, but you have to learn to control them.”

Although performances are currently on hold for most artists due to COVID-19, Scallon’s latest record, My Time, is now widely available.

“It was a wonderful experience recording it in Rome, Italy, with some outstanding musicians. It was a truly unforgettable experience, and I am looking forward to being able to share it.”