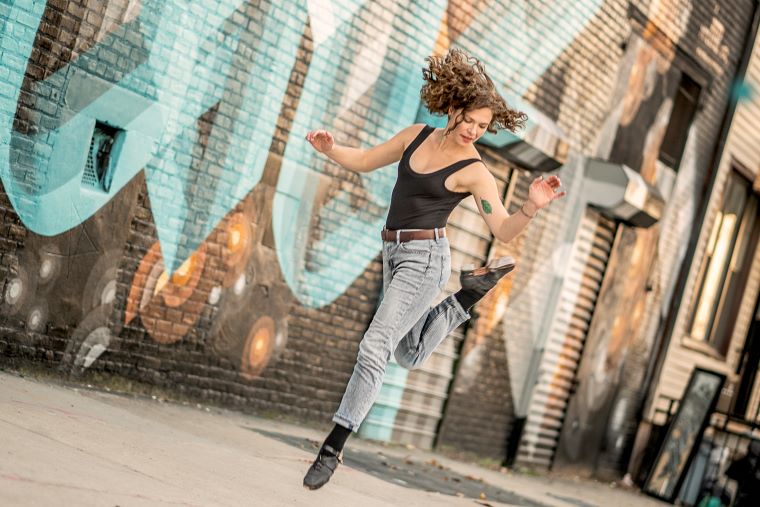 While it is true that most people within the Irish dance community are of Celtic descent, this isn’t always the case. Born to a French-Canadian mother and to a father of Swedish ancestry, Irish American dancer Danielle Enblom admits that she has no Celtic heritage at all.

“I actually landed in Irish music and dance as a kid, by chance,” she shares via email. “However, I have never looked back.”

A student of ballet and modern dance, Enblom made the switch to Irish dance after taking up violin lessons at the age of ten.

“My teacher introduced me to Irish fiddle,” she remembers. “She started taking me to ceilidhs and sessions, and I began Irish dancing lessons. I didn’t really seek it out, and aside from a few moments where it has been an active decision to pursue traditional dance and music, it has just been something that has found me throughout my life.”

After graduating from high school, Enblom attended the University College Cork (UCC), where she enrolled in the Traditional Irish Music program.

“During my time at UCC, I started set dancing, and then was introduced to various old regional styles from Ireland, including old-style step dancing in Cork and Kerry, festival dancing in the north, and sean-nós dance in the west.

“While at UCC, my work in cultural studies and ethnomusicology also spurred an interest in Canadian music and dance traditions. Unbeknownst to me, my own Canadian grandparents had come from families in Manitoba and Quebec with fiddling and dancing traditions. My maternal grandmother had grown up in a house where the kitchen was cleared, corn meal put on the floor, a fiddler positioned in the corner, and sets were danced all night!”

After UCC, Enblom’s professional life quickly took shape as both an educator and a performer. 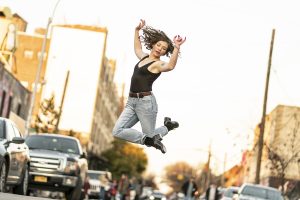 “I started a dance program for kids in the Twin Cities, where I currently reside. I also started spending a lot of time in Boston with the sean-nós dancer Kieran Jordan. We worked together in the group Sole Mates, which included step dancer Nicholas Yenson, Sean McComiskey on accordion, and Josh Dukes on guitar.”

Like others with creative careers, Enblom had to balance her passion for dance with a stable source of income – working in a museum as a Steiner/Waldorf schoolteacher.

Her day job helps to support her real work of bringing people together through art.

“At the end of the day, dance and music are avenues for health, joy and connection. That is the path I am determined to carve for myself.”

Last year, she launched The Step Collective, an online initiative where people can connect and engage with traditional Irish dance and dancers.

“It began with online tutorials, journal articles, and Facebook Live mini-lessons. They were led by me and often included music and dancing from guest artists. Suddenly I had folks all over the world joining me for 30 minutes every week while I talked about dance and taught a few steps!”

Since its inception, the Step Collective has evolved to include two additional elements: a holistic, membership-based, interactive community called The Dancer’s Floor, and The Tradicle; The Podcast, which explores the greater world of dancing, showcasing styles from Irish and Scottish to Baroque and Metís.

“For now, it is just me, but my goal is to bring others on board by the end of the year to provide instruction from dance teachers all over the world.”

And while Enblom has several projects on the go – most notably, her work with musical trio StepTune – she will focus most of her attention on the Step Collective over the coming months.

“As a performer and teacher, I have noticed that there are a lot of people out there who love and care about the traditions I study, practice, and teach, but who don’t really have access to instruction or a dance community. Whether it be people in rural areas who have very little arts access, or just simply folks who don’t live near a good sean-nós or old-style step dance teacher. There are, of course, lots of great DVDs out there for people to practice and learn steps and techniques with, but still, that approach is lacking in a certain level of engagement or interaction with a broader community. These traditional dance forms are all about connection, community, and human interaction, and I want to keep it that way.”