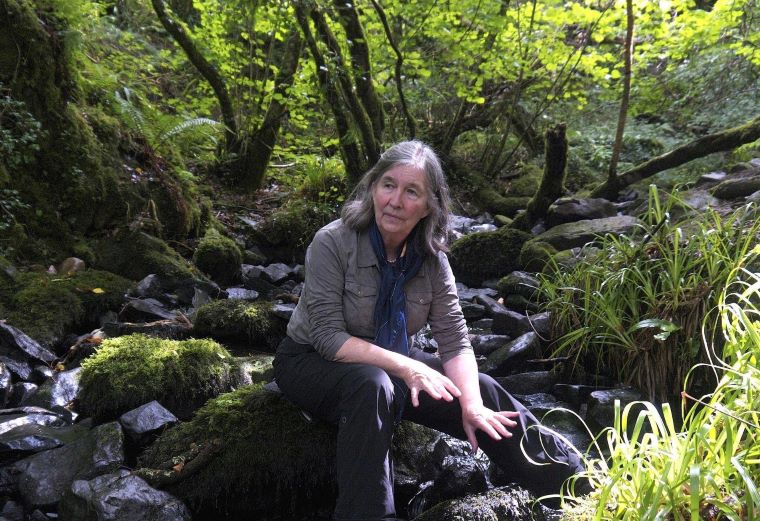 Author, activist and filmmaker Diane Beresford-Kroeger has an origin story unlike any other.

Born in Islington, London to an Irish mother and English father, she was considered “tainted” by those around her.

“I call myself a mongrel because I have the two sides, which were always fighting,” she shares over the phone from her home in Toronto. “My father’s side of the family were Protestants and, indeed, my great-great-great grandfather was the head of the Church of Ireland. My mother’s family were Catholics. They knocked heads over religion all my life. Additionally, my father was related to all the aristocracies in England and, consequently, I am too – quite unfortunately. My mother was also an Irish aristocrat.

Her family home is the Castle of Ross in Killarney, which is around the southern lake of Killarney. My mother’s family is probably one of the oldest families in Ireland, and I have pedigree of lineage in Ireland that goes back about 3000 years. I am the last one holding this lineage. So, you see, I am a bit weird.”

It wasn’t until the passing of her parents that Beresford-Kroeger first took interest in the natural world. Sent to live with her uncle – a decision unique for that time, as orphans were typically sent to the notorious Catholic institution the Magdalene Laundry – the 12-year-old was introduced to ancient Celtic culture and customs. 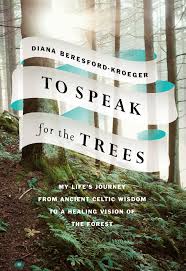 “In the wintertime, I was sent to a private school run by nuns, but in summer I was sent to my mother’s family home, the Valley of Lisheens. In this valley there was the last bit of true Celtic culture because the English could not get up there. It was surrounded by slate mountains, and the horses’ hooves would get cut to pieces trying to get up there. We had the old Irish laws, the Brehon Laws, and during my time there I was taught all of these things. I was taught about medicine and all of the ancient cures. I was taught everything. I was also taught about the triad, the Celtic focus on body, mind and soul. I had 22 people teaching me all the old ways. That was my inherited knowledge.”

She went on to earn double degrees in Medical Biochemistry and Classical Botany, and later received a master’s degree, a PhD and an Honorary Doctorate of Laws. She always paid mind to her early Celtic learnings, however.

“The Celts have a deep respect for nature; within nature there is a form of divinity, and everything is connected.”

Beresford-Kroeger has since worked all across the world in support of the earth’s fragile ecosystem; she has developed a highly effective environmental strategy called the Bio-plan, and she has worked on a number of creative projects, including a documentary film titled Call of the Forest.

Her latest literary effort – her seventh tome – is titled To Speak for the Trees; My Life’s Journey from Ancient Celtic Wisdom to a Healing Vision for the Forest. Part memoir, part scientific study and part environmental plea, the work was written with traditional Irish warmth and wit.

‘To be honest with you, I didn’t want to write the book. My publishers said to me that my personal story was important, but I didn’t believe them – I mean, who wants to know about the life of a stray Irish woman? I was reluctant, but they persuaded me to do it.

“It was very hard to write about my childhood,” she continues. “I have always found it quite difficult to talk about myself, but they assured me that it would encourage people to do things about climate change. And well, of course, then they had me in their hand. So, I wrote the damn thing, and it looks as though it was sold out before it ever hit the market. There is an audiobook version available also.”

Since launching, the book has received great critical and popular acclaim. And while she is thrilled with the accolades, her greater hope for the novel is the spreading of a single, simple idea.

“If I can do it, you can do it. We all need courage for climate change, the whole lot of us. We need to look after the forest.”

That can-do attitude has working on both her second film and another book.

“It is called Scared Trees of the Celts. It is a foundational, peer-reviewed book. My hope is to have the money to publish this one more independently, all the while staying on message.”