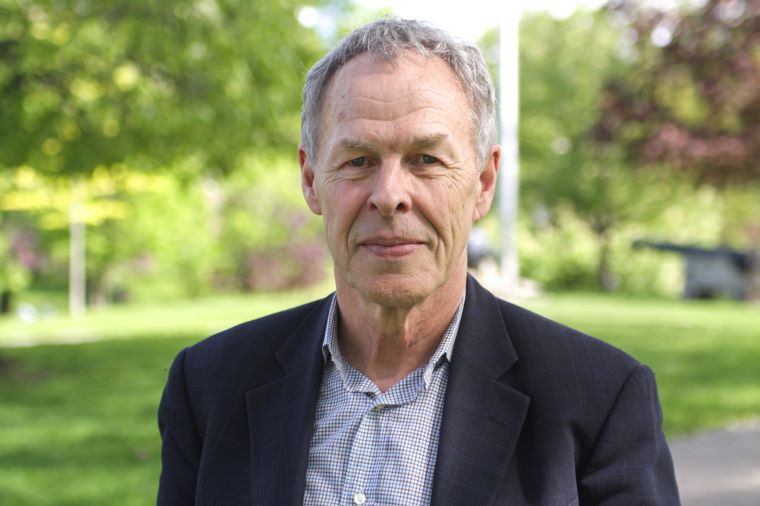 Linden MacIntyre is no stranger to the art of storytelling. The 76-year-old Canadian scribe plied his trade as a journalist and news broadcaster for over 50 years before settling into his current career as an author. In recent years, he has penned a number of bestselling novels – including the 2009 Scotiabank Giller Prize winner, The Bishop’s Man. Recently, Celtic Life International Senior Writer Caitlyn Elizabeth Mearns caught up with MacIntyre to discuss his latest literary effort, The Wake.

Let’s start with your roots.
I am Irish and Scottish. I was actually born in St. Lawrence, Newfoundland, but my roots are in Cape Breton on my father’s side for the past 200 years, and Irish on my mother’s side. Her origins are a little vague as there wasn’t much of a record of her leaving Ireland or arriving here. I believe it was somewhere in the 1840s that they arrived. The name was Donohue, originating somewhere in Cork. I grew up in a very Celtic environment, where a lot of people had Gaelic for a second language and used it regularly. The people were not quite as roots conscious and ethnically preoccupied as people tend to be now; it was just part of their being. They spoke and lived as their people, our people, had always lived – quite close to the earth and the sea. I currently live in Toronto, but I still have a house in Cape Breton, which is where I grew up and where I went to high school.

What first influenced you to pursue a career in writing?
The place I grew up in was very small. There weren’t many kids around. I was born in the middle of World War II, and of course, the birthrate was quite depressed because everyone was away. I spent a lot of time by myself and became an avid reader. I read all of the usual suspects; Charles Dickens, Robert Louis Stevenson and Sir Arthur Conan Doyle. As I got older, I started thinking about more accessible things to do as a livelihood. Authoring books was beyond anything I could imagine at that point and eventually drifted toward journalism. The strange thing about journalism is that is puts you in the way of experience. I always believed that in order to be a competent journalist you had to understand the people you write about in a deep way. Eventually, the deeper you get into it, the orderly and thoughtful consideration of people’s lives becomes a barrage of sensations. 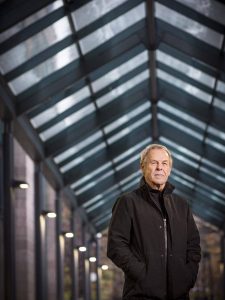 That must be challenging.
Some of these things can be burdensome. Over time I learned that the limits of journalism have to do with superficiality. It doesn’t matter if you write long think-pieces for a magazine or whatever, there is a need for superficiality or oversimplification in journalism that was leading me to a pile of unused material and experience. However, today – looking back at the whole of my career – I recognize that everything that I have ever done has been about storytelling; I don’t think about the prizes I won, or the books I have written, as having the greatest impact on me, or anyone really. I think about particular stories that I wrote, or specific things that I was involved in, that made a difference.

Was that your approach with the new book?
I grew up with the story because my father worked in that mine for many years. From the very beginning I was aware that there was something dark and tragic about what had happened. My father died very suddenly at the age of 50. There was no autopsy, but we suspected the cause of death was related to the places he worked – a lot of old, dusty and miserable mines. When I was a TV reporter, I found myself in this back-mining town – where I was born, ironically – and I met with some people that my parents had known, including my godmother. Her brother had been my godfather and, when I asked about him, she told me that he and all of their other brothers had died in their 40s and 50s. She said that it was the “miner’s disease.” I did my research and soon realized that this was a big deal. This was all before I even considered writing the book, though I began thinking that it might make for a good book. I just kept putting it off, however. Then, about 12 years ago, I made a flippant comment to someone at Harper Collins (publisher) about my birth being precipitated by an earthquake, and he replied, “How’s that?” So, I explained that an earthquake had taken place, followed by a tsunami that wiped out the fishery and livelihood of thousands of people, leaving them desperate and destitute at the beginning of the depression. Then I added that some guy had come along waving this magic offer and suggesting that he could make them all rich. These folks all agreed to work for nothing for a while as they were so desperate. Being fisherman, they had no idea what they were doing – and the lack of safety involved – and so they were terribly exploited. Years later, that same person at Harper Collins told me that he had never forgotten that story, and that it would make a great book. So, I did it. Then, when my mother died, my sister and I had to go and clean out the house and came across boxes of documents and other items that were totally relevant to my research. There were letters he had written to my mother while she was away on trips during that time, and letters that he had written to me. It all sort of just wrapped itself around me, and I begin exploring ways that I might piece it all together. And so, I came up with a concept of conversations with the dead. Every so often I would put a section into the storyline that wasn’t really a chapter – a bit that stands on its own but is still relative to the content of the book. Those conversations are most often with my father or people who knew him, and they deal with the harsh reality of working in the mines, in general, and that mine in particular. 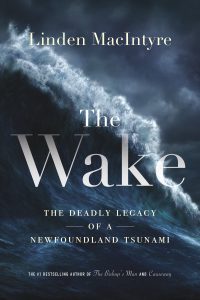 That sounds like a lot of research.
I would have been daunted going into the story if I had realized just how much I had to dig, and how often I had to go to Newfoundland. Everyone I was writing about, with very few exceptions, are dead. I was talking to families or people who knew them and going to archives and small museums. I even went going through my own history. “Who was my father?” was at the center of the whole thing for me. Mercifully my mother – who has since passed – had a very clear memory of stuff and of people. There were a handful of folks who remembered my parents, and so they spoke with me more freely than they might have someone else.

Why is this story important now?
The more I thought about the story the more I realized that this is not simply a tale about a single event that took place long ago. It is also about the human condition; specifically, about how people become destitute and vulnerable, and how they can be exploited by single-minded individuals with visions of personal advancement, power and wealth. This continues to go on today with the treatment of temporary and foreign workers. There is a whole section of the workforce now that has no protection from anything – not unlike the experience of those miners 70-80 years ago. It happens all over the world too – the Congo, Indonesia, and further afield. There are people there who are poor and have no voice, who are living in countries with no democratic structures – places where there are no rules on how you are to treat the poor or working-class, and where this a great deal of corruption. It is also vital to look at what we are doing – and how we are living – and what kind of an impact that is having upon our environment. If we continue the way we are going, we could be looking as tsunamis and other natural disaters on a yearly basis. It is important that we reflect upon things like what happened in Newfoundland and say, “Okay, what happened?”

What has the reception been like so far?
The book has been on the bestseller list for a few months, so that is a good sign. And I have been promoting it all across the country and the turnouts have been very strong. Amazingly, an astonishing number of Canadians had never heard of the tsunami or the mining tragedy. One of the inherent messages here is that our education system isn’t doing a good job with regard to telling us our own stories. So, I have been getting a lot of feedback on that matter. Most important to me, however, is the response from the families and friends of the miners and the people in the area that were touched by the tragedy. They have all embraced the book.

What’s next on your creative agenda?
I am currently writing a novel about dementia. It is a rather complicated story, so I won’t go into details. Plus, I don’t want to jinx the whole thing.