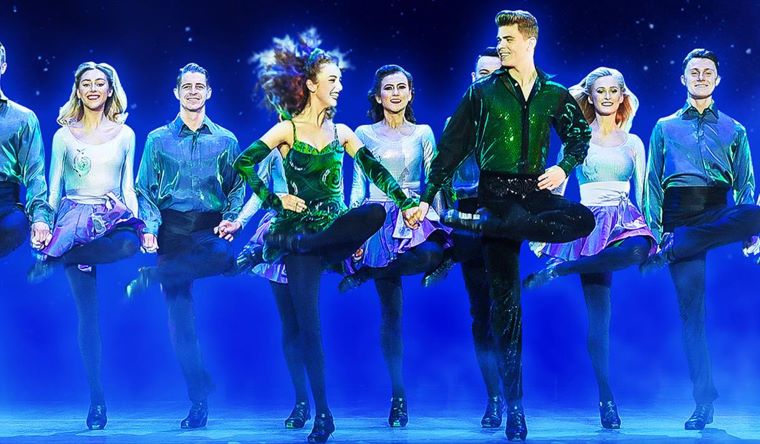 Everyone knows Riverdance. If you don’t, then it is quite likely because you have been living under a rock somewhere for the last two-and-a-half decades. The renowned cultural extravaganza has become almost synonymous with Ireland, exploring the country’s rich history – from its ancient lore and mythology to the more recent events of the Troubles. It is a story that runs deep and true, resonating with audiences of all ages, races, genders and creeds, all around the world.

The spectacle’s success is evidenced by both its endurance and its enduring popularity.

“Riverdance gets an enormous amount of repeat business,” says John McColgan, the show’s director. “People will come to see it several times and they love it, and then they tell three or four friends or family members, who all come out the next time we are in that city.”

McColgan, a native of Northern Ireland, explains that – after a quarter-century in production – there is much to look back on and be proud of. 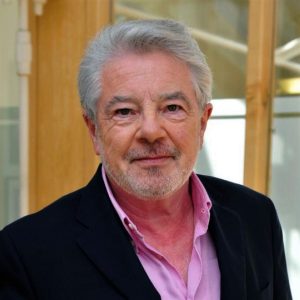 “At the very start, it was actually Moya (Doherty), who was a producer in art and television at the time, who thought that we should do something special about the impact that Irish dancing and culture has had on the rest of the world. Very shortly thereafter, she was asked to produce the Eurovision song contest, which is a very big deal in Europe. The show is watched by about 500 million people annually, and every year the host-country presents an Interval Act, showcasing homegrown talent to the rest of Europe. So that year, Moya came up with the idea of bringing Irish dancers Michael Flatley and Jean Butler together and having Bill Whelan compose the music. And, with that, she singlehandedly changed the global perception of Irish dance.”

The costumes weren’t the only thing to change, McColgan explains.

“The choreography evolved a lot also. Mavis Ascott, who I had worked with prior to that on television, and Michael Flatley created a whole new look for the seven minutes of the Interval Act. It came to life in the 3Arena Theatre, which was then called The Point Theatre. There were about 4000 people in the audience, none of whom quite knew what to expect.

“But, as soon as the act finished, the audience jumped to their feet in a way that I had never seen before. Something extraordinary had happened.”

Like McColgan, the show’s Associate Director Padraic Moyles recalls his first moments with the production with warmth and wonder.

“I have been with Riverdance for the majority of my dancing career,” shares the Dublin-native. “My teacher, Donny Golden, was also Jean Butler’s teacher and he took me to see Riverdance, which I will never forget. It was at Radio City Musical Hall in New York City in 1996. Before the first step had even been danced, I had chills up and down my arms and the back of my neck, and I just knew then and there that I would be a part of it someday – I needed to be a part of it. And the whole experience really changed everything for me – I simply had to audition for the show.

“When my family was living in New York, an opportunity came up in Boston. I cut school and went. Within a couple of weeks, I received a letter telling me that I had passed the audition and I would be joining the troupe shortly. I remember my mom and dad asking, “Wait…how did you audition, and where did you audition?” And then I had to come clean with them about cutting classes to do it.”

Luckily, Moyles wasn’t punished for skipping school. Instead, he embarked upon a career that would change the course of his life. Starting as member of the ensemble, he eventually moved up to lead dancer, before settling into his current role as Associate Director. 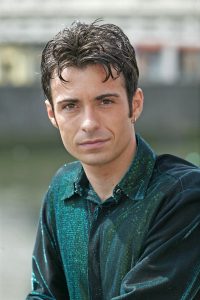 “This new position is great. I am still working at what I love. My wife and I work in the same building and it’s incredible that we get to come into this thing we call ‘work’ with smiles on our faces. We are blessed in many ways.”

Although both McColgan and Moyles feel their time with Riverdance has been rich in rewards, they each admit that the production has had its fair share of challenges over the years.

“In the beginning, one of the biggest issues was persuading the performers that this production was something that they could fall in love with,” recalls McColgan. “Back then, Irish dancers only performed at competitions, and then – all of a sudden – we were asking them to do eight shows a week. They often didn’t warm up enough prior or didn’t maintain a good diet, so there a few injuries. They got tired so much quicker, and thus the show got tired a lot quicker. We now have young dancers, who were not even born when the show first started, and we do not put anyone on the stage who is not 100 per cent committed to the work that they do.”

“For me the biggest issues have to do with how we can make something as grand and incredible as Riverdance even better,” adds Moyles. “As we are so close to it, we sometimes need step away from the show to get a better understanding of what we want and what the audience wants. That is an unbelievable challenge. It is finding that balance to change it as much as we feel it needs to be changed, while also holding onto the values and the vision that created it to begin with.”

He adds that those challenges are bigger than ever these days.

“We have been off the road for a year and we have been prepping this 25th anniversary tour for two years. The set is brand new, from the lighting to the screens to the costumes. There are even new recordings of all the songs in the show, all with a new orchestra. Bill Whelan, our composer, has given it a fresh sound. We had an opportunity recently to sit down and listen to what he had done with the music. Although it is not vastly different, there are unique feels in difference sections. He has done an unbelievable job holding onto what the core of the music is, while giving it a new excitement. From a choreographic standpoint, while listening I couldn’t help thinking, ‘Oh, we can now do this,’ or ‘Oh, now this part will be more powerful because we can do that.’

“There is also new staging and set design,” he continues. “Now, that said, one thing you simply don’t do is touch Riverdance, in terms of that particular number itself. You leave that as it is. It is an iconic piece – it always has been, and it always will be. Visually it will look different, but choreographically and musically it will be the same. We have been working with a team of creatives between Dublin and Paris on the lighting and the visuals. It is a very large team, but amazingly there is a great number of original people involved, from our director and producer to our senior executive producer to the composer. We are all very excited.”

“There is certainly a lot anticipation around this production – from the performers as well as from the audiences.” 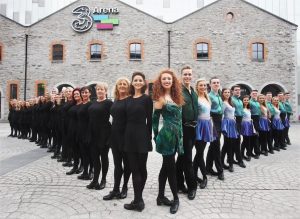 Both men hope that those audiences will find the 25th anniversary show contemporary in style, size and scope, all the while remaining connected to Riverdance’s classic roots. Most of all, however, they hope viewers are reminded of why the phenomenon still plays a pivotal part in preserving and promoting Eire’s past and present.

“There was simply nothing like it before,” McColgan states. “Prior to Riverdance, Irish dance was a small, folk, niche activity – not something that might translate to an international stage. After that first Eurovision performance, however, Irish music and Irish dance became acceptable as higher art forms.”

“Irish culture is now regarded as stylish and sophisticated. Perhaps more importantly, however, Riverdance is a reminder of where we were, where we went, and where we are now; the impact of our Diaspora and our culture is a story that resonates with many people around the world who have had to leave their homes and relocate and rebuild their lives in other countries, renewing hope for themselves and their children.”

The cast and crew of Riverdance are currently bringing that hope to audiences across North American, before touring the U.K later in the year.

McColgan, for one, is beyond excited.

“Each show, I step in the back of a dark theatre watch the audience get completely caught up by the performance; by show’s end they are on their feet cheering and clapping and often in tears, many of whom are not even quite sure why it is happening. It is simply amazing to witness and to be a part of.”