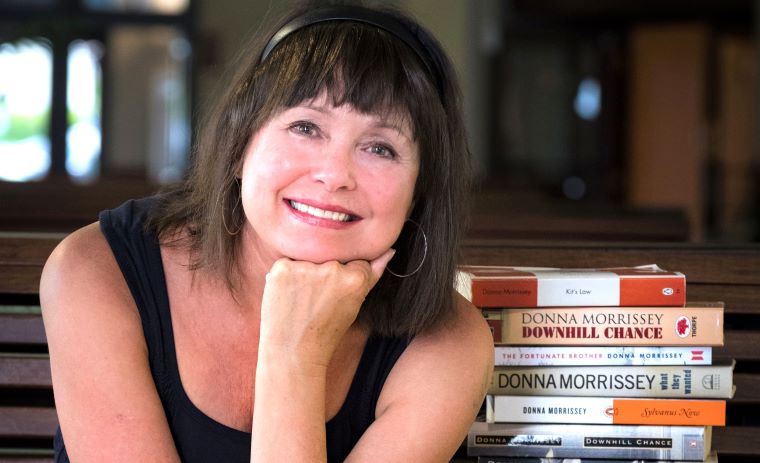 Donna Morrissey is the perfect example of “it’s never too late.”

“I was in my early forties when I started writing,” she tells Celtic Life International via email. “It was something I started at a friend’s prompting, and it took flight with each and every word I wrote. I wrote for no particular reason except the glory of linking words together and creating images and telling stories from my past. It is the same today, 25 years later – I write for the pleasure of creating stories.”

Over that quarter century, Morrisey has become a household name in Canadian literature, penning six books, including her immensely popular debut Kit’s Law (1999).

“It is difficult to judge how one has grown as a writer over the years,” she shares. “I know that I have – it is sometimes painful to read my earlier stuff. I can’t believe those stories came out of me – I would never be able to recreate it. And yet, I would write my sentences differently today – or maybe not – that would interfere with the voice of the story. It is always the same – each time I re-read something I have written I want to rewrite it and make it better. So, have I grown? I don’t know…I will always be growing. Am I getting anywhere? I don’t know.”

Morrisey’s latest effort, Pluck, is a fresh venture for the seasoned author. Taking a break from fiction, the 320-page memoir depicts her years coming-of-age in Newfoundland.

“Pluck is the story I have always wanted to write. It took me six novels to get to that point. The stories of my mother and father, of me and my siblings. Each book of fiction mirrored some of those stories, but never enough that I felt satisfied. And then the day came when it felt as though I had no more fiction left in me. But I had my story of my mother, my brother, my father…and so it felt like the time was now for that memoir, which is as much as my mother’s story as my own.” 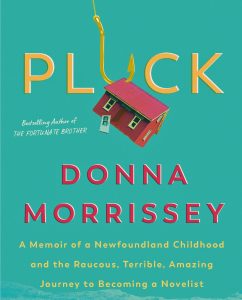 The new narrative explores a variety of subjects, including mental illness, cancer, grief, despair and love – all told with Morrissey’s signature wit and charm.

She admits that the project could be both challenging and painful.

“I was seeing myself as the main character. I was so used to writing fiction that I objectified myself and wrote as though I were a character – which the publisher put the boots too – “we don’t want a character, we want ‘you.’” That was tough. And humbling.  To speak of oneself for so long felt like indulgence. But, eventually, the events kind of took over and it felt as though I were writing a work of fiction – but reality-based.

“It was also a great learning process,” she continues. “How to write a memoir without hurting people. How to not take control of the story when it is as much of your sibling’s story as your own. How to keep perspective and see the story from the outside while writing it from the inside. How much to leave out, what to include, how to disguise people so as not to bring undue attention onto them. The one good thing about writing a memoir is there isn’t much to do in terms of research.”

In the end, Pluck was a labour of love.

“The ending was the most rewarding part. Knowing that I had written this tribute to my mother and her tough story. And to my own. Lots happened in my family – tragedies, grief, and all the ramifications of that. I suffered a breakdown from the guilt I incurred from the accidental death of teenage brother when he was on my watch. It nearly destroyed me. Watching my mother’s battle with the fallout of my brother’s death and then her battle with breast cancer – it was brutal. But we survived as a family. It was our love that kept us together.”

The book is already resonating with readers and critics.

“Thus far the response has been surreal. I am astonished at the incredibly wonderful feedback, the people who have come to me wanting to share their stories of grief or loss or mental illness and spirituality. Everyone connects with suffering and joy; everyone has a story to tell. So many wish that they could write their story, and I tell them ‘you can.’  Simply sit and write it for you. Be the hero in your own story.”