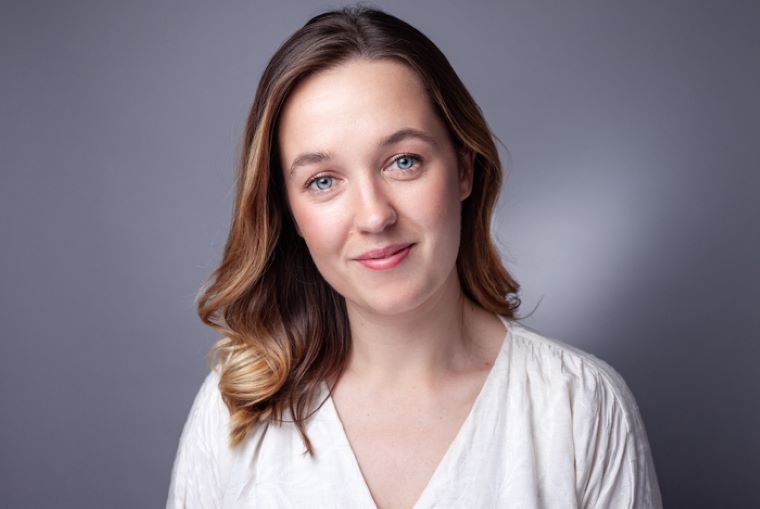 Born and raised just outside of Cork, Muirgen O’Mahony credits her parents and teachers for both her passion and her profession.

“I started playing the violin when I was about five years of age, and I was terrible at it,” she shares via email from her home in London. “From there, I took up the classical flute, the drums, and the piano. I was one of those children who would see a new instrument and then immediately want to know how to play it. My poor parents were driven mad as I would give them up one by one.”

Interestingly, the vocalist didn’t start singing until she was 14.

“It was around then that I was first introduced to Celtic Woman when my music teacher gave me their songbook and suggested that I sing one of their songs for my upcoming music exams. It is a very full-circle moment to be joining the group nearly 15 years later.”

After studying as a classical soprano at the Cork School of Music, O’Mahony trained in musical theatre at the Royal Academy of Music in London. It was while performing with the RTE Concert Orchestra in Dublin that she met Susan McFadden of Celtic Woman.

“Susan was a real guiding star for me before I applied for Celtic Woman. She suggested that I submit myself for an audition as she thought my voice might suit their sound. So, I did, and I got called in for a try-out in Dublin. I was in London at the time and travelling was difficult with COVID-19, but I knew it was an opportunity that I couldn’t miss. So, I booked a flight, did my PCR tests, did my quarantine, and auditioned for the creative team. I found out a week later that I had been offered the position – and I did not stop crying for 48 hours!”

The reality of the opportunity hit home after stepping into the studio to record the band’s latest album Postcards From Ireland. 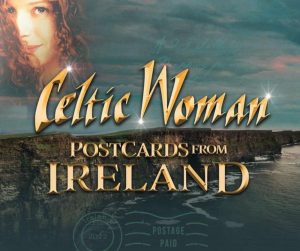 “I was like a child at Christmas going into the different rooms and just being amazed by all of the equipment. It was all stuff that I had only ever seen in movies or in music videos, not in real life.”

So far, the experience has been beyond her wildest dreams.

“It has been absolutely amazing, and I am so grateful for the girls and the whole Celtic Woman team. They are incredibly genuine and all of them have been warm and welcoming.”

The timing appears to be ideal, as O’Mahoney believes that Irish music is experiencing a rebirth of sort.

“Seeing artists incorporate elements of traditional music with more contemporary qualities is great and, I think, key in its preservation. Acts such as Lankum, The Gloaming, and Moxie are great examples of this. Ireland is a diverse and artistically rich country – the influence of Irish music has been monumental, and I am excited to see how it is going to continue to amalgamate with new styles. This is important, as Irish music will reach wider audiences and continue on in many other forms.”

As such, she says that funding the arts is integral to the preservation of Irish music and other aspects of the country’s robust culture.

“The pandemic has had a devastating impact on the arts sector and unfortunately it has been one of the last to return. Celtic music – and its influences – is something we as a nation are proud of. Continued support of the arts sector both from governments and communities is vital so that we can continue to promote it and, in turn, preserve it.”

She has personal motives to keep performing as well.

“One of the reasons that I have always loved playing music and continue to do so is because of the community surrounding it. Be it in a theatre, a concert hall, or on set, creating and experiencing something collectively is a great feeling and a big part of why I keep doing it today.

“There is absolutely nothing like putting your mind to something that sets your heart on fire. And getting to do that as your job is the most amazing thing.”