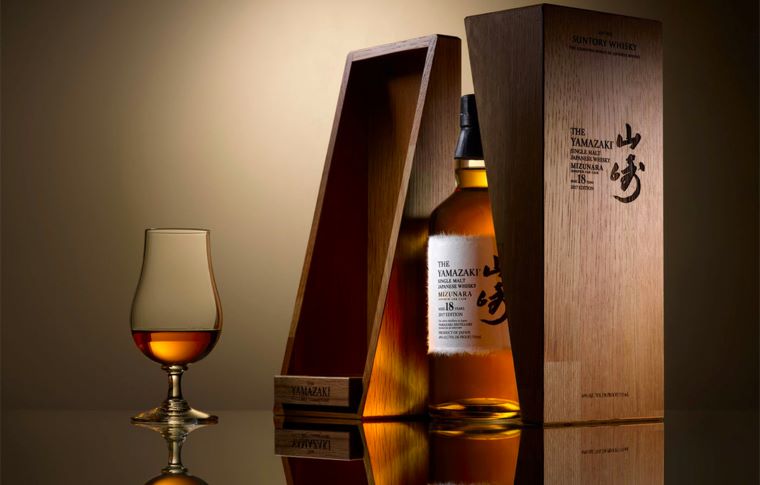 If you are one of the many whisky drinkers who have just discovered Japanese whisky, I have both good and bad news for you. The bad news is that you are at least 5, if not 10 years late to the party. The golden age of Japanese whisky was a decade ago when you could get single malts like Yamazaki 18 and Yoichi 15, as well as pure malts (blended malt in the U.K.) – including Taketsuru 21 and blends like Hibiki 21 – with relative ease and at a fair price. You could even get bottlings of closed distilleries like Karuizawa and Hanyu for as little as $100.

Oh, though, how times have changed!

In the last decade, the interest in – and demand for – Japanese whisky has soared, leaving an industry which had all-but-shuttered production in the 1990s and 2000s caught flat-footed. Yoichi 15 will set you back close to a grand these days, and good luck finding a 20+ year-old Karuizawa for anything less than $10k.

There are Japanese whiskies on the market today, to be sure. However, caveat emptor – not all is what it seems. When the Japanese whisky industry was born in the 1920s, it modeled itself on that of Scotland. The rules governing Japanese whisky are almost the same as those of Scotland circa 100 years ago, with a couple of exceptions. Like Scotland, the Japanese market is driven by Blended Whisky, with Single Malts providing most of the flavour, aroma and texture, and grain whisky typically serving as a benign (and most often bland) form of filler. In both countries, single malts must be produced at the distillery they are named after. The difference occurs with Blends and Blended Malts; whereas with Scotch, the whiskies must all have been made and matured in Scotland, there is no such restriction for Japanese Blended Whisky. Even in the glory days of Japanese whisky, most of the best blends were made with some foreign whisky, usually from Scotland, Canada or the U.S. There just simply was not enough domestic production to meet demand. However, at that time, Japanese components were front and center, merely backed by imported elements. That is increasingly not the case today. 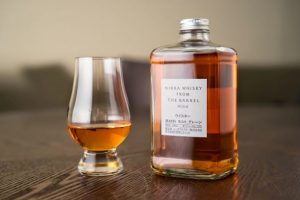 Classic economics suggests that when demand exceeds supply prices will rise, encouraging supply up towards equilibrium with demand. That said, there is a major issue with this idea pertaining to whisky – time. If a Japanese Single Malt calls for 10 or 15-year-old whisky, then supply is problematic unless enough stock was set aside years ago. Hence, age-statement Japanese whiskies are almost impossible to find, having since been replaced by younger No-Age-Statement bottlings. For Japanese Blend or Blended Malt, however, stock can be imported from anywhere in the world and, so long as it is blended and bottled in Japan, it can be called Japanese Whisky.

There are an exponential number of “Japanese Whisky” bottlings hitting the marketplace these days.

Most of these bottlings have prominent Kanji script, Samurais or other stereotypically Japanese symbols on the label. Many of these whiskies are made without even a drop of domestically produced Japanese whisky. Suntory, Japan’s biggest whisky producer – and to their credit – released a whisky called AO earlier this year, acknowledging it to be a “World Blend” with components from Japan, Scotland, Canada, Ireland and the U.S. It was not the most memorable whisky I tried on a recent trip to Japan, but I applaud their transparency.

Although available, you will be hard-pressed to find Japanese single malts like Chichibu, Hakushu and Miyagikyo at anything near a reasonable price. But there are some Blends and Blended Malts to be had that are worthy of the Japanese Whisky moniker. One of my favourites, and the 2018 World Whisky of the Year (Whisky Advocate) is Nikka From the Barrel, produced by Japan’s second largest whisky firm, Nikka. The price has risen in recent years, but it is still very good value. Hibiki Harmony is likely the best known, on account of the sheer size and clout of its owner, Beam Suntory. This one also ticks all the boxes if you want something that looks Japanese. In terms of value, there is the White Oak Akashi, which is made with its own single malt and imported grain. My favourite whiskies are from Ichiro’s Malt, owned by Ichiro Akuto of Chichibu Distillery fame. They are hard to find, even in Japan, though there are several well-stocked liquor stores which have them at very reasonable prices in Chichibu. All these whiskies are made with some foreign elements, but Japanese components are front and center.

The good news about Japanese whisky, if you have just discovered it, is that you are 5-10 years early for the next party. Japan’s distilleries have increased production over the last decade and new distilleries are opening. Soon enough, the sun will be rising again on Japanese whisky!