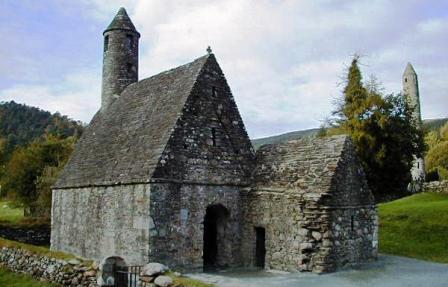 Ireland is a country of scale. At just 84,421 km2, it doesn’t take long to get from points A – Z; two hours by car from side to side, and six hours from top to bottom. Though small in scale, Eire is large in legend, lore and lineage, where history is hidden in plain sight.

57.4 kilometers north of Dublin sits the now-tranquil and non-partisan Boyne Valley, once the scene of a bloody battle between King William of Orange and King James that divided the faiths of families, friends and communities for centuries. Aside from a small landmark noting the infamous fracas of 1690, the area is overgrown with short grass and tall trees. Nearby, the rebuilt Neolithic monument of Newgrange – older than England’s Stonehenge and the Egyptian Pyramids – offers little evidence of its first inhabitants, inviting visitors to fill in the blanks with imagination.

South, in Dublin, it isn’t difficult to imagine generations of hardship and poverty. Books, movies, plays, monuments and more tell the tale of a terrible gap that existed between the wealthy and the impoverished until the mid-20th century. Today, that breach is bridged by a middle-class that evolved after World War II, and exploded during the boom of the city’s recent Celtic Tiger years. The divide and distinction between North ‘Dubs’ and South ‘Dubs’ has all but disappeared.

The Irish capital’s renowned Temple Bar district, now bustling with an array of international accents, colours and flavours, retains all the character of its storied past in the grayish back-alleys that tie the main-street tourist traps together.

Between Dublin and Wexford, a distance of 131.2 kilometers, are the quaint and cozy seaside towns of Bray, Wicklow, Arklow, Gorey and Blackwater, where time and family ties have stood still for over a millennium. The glorious hills of Glendalough are home to an Early Medieval monastic settlement, founded in the 6th century by St Kevin, where the souls and spirits of its Celtic-Christian settlers still walk among the ruins.

Between Wexford and Waterford, a distance of 59 .6 kilometers, Viking history comes to life in Johnstown Castle, Bridgetown, Duncannon, Campile and Slieverue, as ongoing excavations continue to unearth relics of the region’s Norse heritage. Nearby New Ross celebrates the more recent past as the ancestral homestead of former American president John F. Kennedy. The port town of Rosslare Harbour still welcomes trawlers and travelers from around the world.

Between Waterford and Cork, a distance of 131.6 kilometers, the ages-old villages of Kilmacthomas, Conna, Tallow, Dungarvan and Midleton rejoice in their roles as vital links in the chain of Irish independence. Blarney Castle, just a few miles outside of Cork city center, stands as a reminder of the hundreds of years that passed between the community’s Celtic past and present.

From Cork back to Dublin, a distance of 259.4 kilometers, there rests a rugged and ragged coastline, whose many saltwater harbours are stained with the salty tears of those who said goodbye en route to new lives in the New World, Europe, and beyond. Those same ports have welcomed countless others over time – Celts, Vikings, Anglos, Normans – all searching for land, prosperity, faith, or simply better lives for their children.

Those shores still greet newcomers, and today the lush landscape is a myriad of multiculturalism, where the incumbent Irish live in peace aside immigrants from Australia, Asia, Africa, the Americas, the Middle East and elsewhere. While those bonds are strong – as bonds become in close quarters – each keeps its distinct cultural identity.

It is in the spaces between these notes – where the lives of those who have been, who are now, and who will be fill the distances between the dots on the map – that the past, present and future of Ireland’s Ancient East converge to compose the most masterful and memorable of melodies.