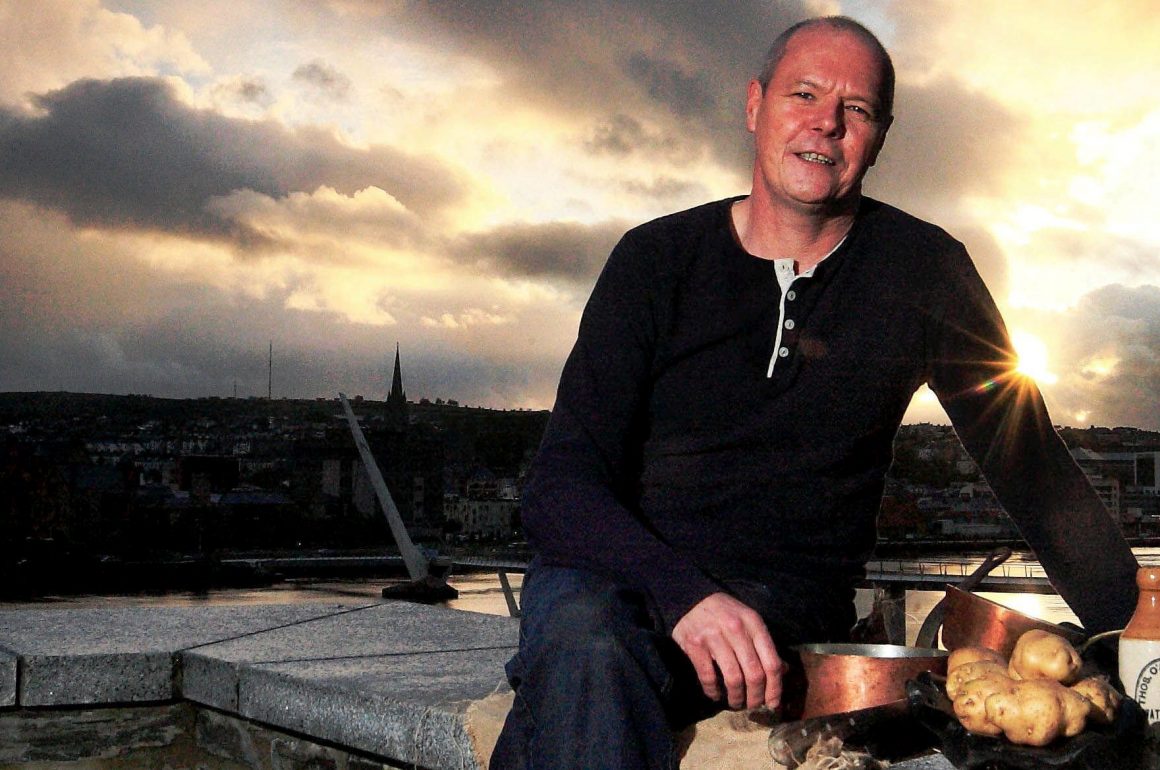 Like many chefs, Emmett McCourt’s interest in the culinary arts goes back to his childhood.

“I was always cooking when I was younger,” recalls Derry-born chef Emmett McCourt over the phone.

“And my favourite memories, I suppose, are of me and my grandmother walking past a street in Windsor Terrace, Derry. In those times, there used to be bread vans; bread was made by hand and then delivered to all the shops in the area. One of my first memories was of the smell of freshly-baked bread. I was about four years old at the time, and that scent still always brings me back home.”

That time travel has proven useful to McCourt, who has traversed the world during his culinary studies, sampling flavours – and the cultures that served them up – along the way.

“Anywhere I have visited, wherever I am introduced to a new people or place, the first gift given is always one of food. In fact, I was once told that ‘the greatest gift you can give is food.’ It is an extension of the human spirit and, whenever possible, I have tried to extend the spirit of Northern Ireland.”

“As a chef, you have to be adaptable,” he continues. “Open-mindedness is essential in this industry, even simply to sample any sort of ingredients. There is always some sort of story behind those ingredients.”

One tale that McCourt feels hasn’t been told enough is that of the food and flavours of Northern Ireland. To remedy that, he is currently working on his Irish Food Heritage Project, the first component of which is his award-winning book, Feast or Famine.

“The book tries to bring to life all of those stories, and maps the journey of generations of Irish immigrants. I was fascinated to see what fuelled our people during the process of immigration. Much has been written about the Irish building our nations, but very little about what they ate in the process.”

The book, which won the title of Best Culinary Travel Book in the World in 2015 at the Gourmand World Cookbook Awards, chronicles the origins behind many of Northern Ireland’s favourite dishes. 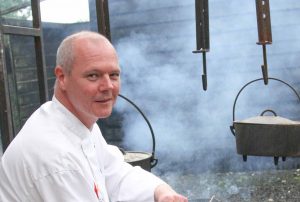 “For example, corned beef,” notes McCourt. “You might not see corned beef that much back home, but you will find a lot of it in the new world. I had always wondered about that, so I went ahead and did the research. As it turns out, there is quite a story there; Ireland was the biggest exporter of corned beef in the world in the 1600s, and it fed the Napoleonic Wars – literally.”

Other Northern Irish favourites documented in Feast or Famine include Boxty – and specifically its relationship to the Jewish Latke; the regional variants of colcannon and its cousin, champ (aka “poundies,” a dish of potatoes and scallions); pig’s trotters, and more.

McCourt notes that it has only been in the last decade that Irish cuisine has really been noticed on the global foodie stage. To that end, he is proud to do his part to help Northern Irish cuisine come of age.

“We are really excited about our food culture now, realizing that we have an incredible history, and that these stories have been brought to life with our food. We can really connect with it.”

He is still interested in the local flavours of wherever his travels take him, as his Irish Food Heritage Project is far from complete – Feast or Famine was just the first chapter.

“Book two, if you like, would be a follow-on to that, and what happened to the Irish after they travelled to the likes of Canada, Newfoundland, the U.S.A., etc…and how they became a success,” says McCourt, who plans to explore the evolution of Irish cuisine as it travelled the globe with its people, evolving as it clashed and conjoined with new cultures.

To that end, he isn’t wasting much time sampling new flavours and, as he puts it, adding more strings to his culinary bow.

“There’s a Native Canadian restaurant that just opened up in Toronto,” says McCourt, on a recent visit to Canada’s largest metropolis. “I’d be quite interested to see what sort of cuisine that would be.”