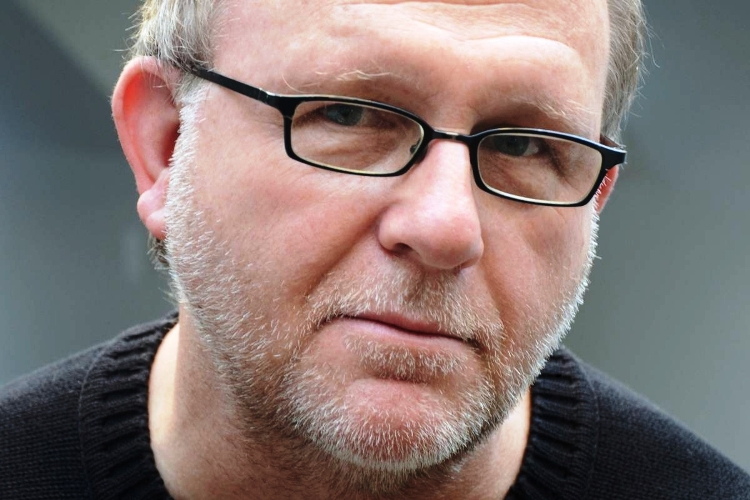 Award-winning author Wayne Johnston was born in the small town of Goulds, Newfoundland, and – like so many from Atlantic Canada – has tracked his heritage to both Scotland and Ireland.

“I have traced myself back to the people sent from Scotland to Ireland after the clearances,” explains the mild-mannered writer over the phone. “We were then sent to County Antrim. So, my people would have started out Scottish and then intermingled with the Northern Irish.”

Although, today, Johnson is household name in Canadian literature, writing was not always on his agenda.

“I started out – as was suggested to me by both my parents and our parish priest where I grew up – on the path of priesthood,” he scoffs. “In high school I realized that was not what I wanted, so I cooked up the idea of being a doctor instead.

“Then it became time to start medical school, and I realized I didn’t want to do that either. I had to break the news to my parents that it wasn’t going to be in the priesthood or in medicine. I told them I was going to be a writer – because I always wanted to be one – and they didn’t really know quite what to make of that. There was no such thing as a ‘writer’ in our world; there were books, but we didn’t know anyone who wrote them.”

After graduating with degrees in English Literature, Physics, and Chemistry from Newfoundland’s esteemed Memorial University, Johnston began working as a reporter for the Daily News in the province’s capital city of St. John’s before making the move to fiction writing.

“I wanted to get a broadcasting job, instead of a print job. I got accepted into Carleton’s School of Journalism in Ottawa. Then I thought, if you get a comfortable job with a nice, stable income, what are the chances you will ever become a writer? So I got off the bus, called admissions at Carleton and told them I didn’t want to position they were holding for me and that they should give it to someone else. Then I used the money from my student loans to buy me some free time to write a book.” 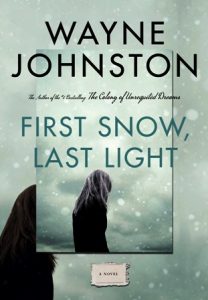 Ten works of fiction later, Johnston has just released First Snow, Last Light, the third instalment in his ‘Newfoundland’ trilogy, which includes the brilliant The Colony of Unrequited Dreams and its equally-stirring sequel The Custodian of Paradise. It is a family mystery that brings back one of the scribe’s most beloved characters, Sheilagh Fielding.

“In the first and second books, many aspects of Sheila’s life were not resolved. An example is the question of whether or not Sheilagh will eventually find what she has been looking for – personal happiness. She has always been the sidekick of a man, but not a wife. Not that you need that to be happy, but she lives a lonely life. Even the idea of having a close friend appeals to her, but she doesn’t have any.

“My goal was simply to tie up some loose ends with this work.”

The story also follows Ned Vatcher, a 13-year-old boy who comes home from school to find his parents missing. The character required Johnston to do some serious research.

“Ned is based on the guy who built a TV empire in Newfoundland, Canada, and parts of the United States. Television was the quintessential invention in the 19th century, so the challenge was to convey that, and his impact on people’s lives, in the most literary way I could.”

First Snow, Last Light is already being lauded by both critics and readers as one of the scribe’s finest efforts.

“It has been very well received. It has been on the Bestsellers list ever since its release, and it still is. It is also number five in Hardcover Fiction in Canada right now. It’s my bestselling book since The Colony of Unrequited Dreams.”

Next year will be equally productive, as Johnston has nearly finished yet another narrative.