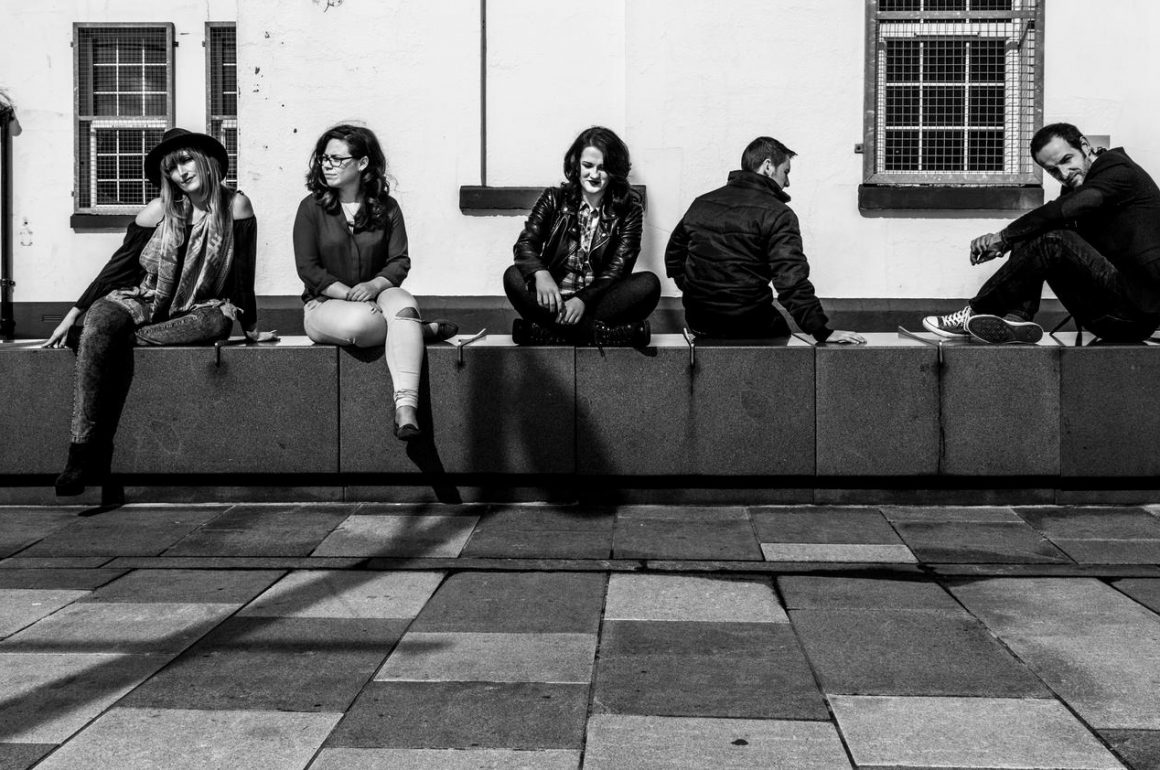 Van Morrison, Stiff Little Fingers, Snow Patrol, The Undertones, Therapy? Bicep, That Petrol Emotion…the list of musical artists from Northern Ireland is as varied as it is vast.

“We have an incredible musical tradition in Northern Ireland,” says Luke McCloskey, guitarist for the five-piece band Lore. “We get a little overshadowed at times by artists down south – U2, Damian Rice, Clannad, etc – but we can hold our own with the biggest and best of them.”

McCloskey, along with his band-mates – Carolann Carlile (vocals), Raymond O‟Kane (piano), Cliodhna McAteer (cello), and Rebecca Hall (violin/fiddle) – has every right to make that claim.

Since its inception, Lore has been racking up critical and popular acclaim both at home and abroad. In 2015, the group was nominated for ‘Best Irish Band’ and ‘Best EP’ by the Pure M Awards for their self-titled, debut recording. They took that success to the next level in 2016 with the release of their sophomore EP, Believe.

“Three of us are from Dungiven, Co. Derry,” explains McCloskey. “Rebecca is from Ballymena, and Cliodhna is from Camlough…so organizing rehearsals can be pretty interesting sometimes!”

The rewards of making music together, he notes, are well worth the demands of distance.

“Having the opportunity to perform our songs to appreciative audiences is the best part of it. And, make no mistake – this requires months of hard work and deliberation; songwriting, rehearsing, recording – and then taking it to new and different places in a live milieu – is a craft of sorts. And no craft comes together without some blood, sweat and a few tears.”

McCloskey says that the quintet, its sound, and its creative process, are all works in progress.

“We came together in stages; we started as a three piece band, released an EP, and then added Rebecca and Cliodhna. For bigger shows, we bring in double bass and percussion. Obviously, our sound has evolved dramatically over time, with stronger vocal harmonies and a more dynamic live sound. It has allowed the group to get more creative in the studio as well. 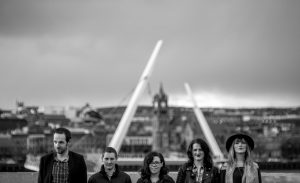 “Songwriting is definitely more of an inspirational thing for us; we enjoy that sense of uncertainly when composing. We start with a simple idea; a melody, a musical hook, or even a concept. The fun part is not knowing how it is going to end up.”

A good song, he continues, is a balanced blend of lyrics, melody and music.

“It sounds simple, but it is quite difficult to get all three to align perfectly. We want listeners to relate to the story behind the song, and hopefully the melody and music will be the perfect platform.”

Like Northern Ireland, the band’s identity is vibrant, complex, and even elusive.

“People always ask us what genre we fit into, but it’s  a question that we still can’t answer…”

“We don’t aim to write one particular style. However, Michael Bradley (bassist from The Undertones) once described our sound as “sophisticated pop.” There are obvious folk and indie influences in what we do, and each band member brings their own unique voice and vibe to the table.”

McCloskey believes that Northern Ireland’s music scene is better than ever.

“There are some brilliant bands and singer-songwriters here who should be on the biggest stages. We have had the good fortune of performing with some amazing artists, with voices to match the very best out there.

“There is great work being done at the local level to support homegrown music; the radio stations are playing the songs, the venues are receptive to emerging bands, and area festivals like Stendhal have been great at showcasing our artists.”

Despite all the good vibes, McCloskey believes that there is still more that can be done.

“As we are a much smaller country, opportunities may be greater further afield. Greater funding and support for Northern Ireland artists trying to break into other markets, including Europe and the U.S, would make a huge difference. This would allow our musicians more opportunities to extend their fan base, making our music and ambitions more sustainable.”

For now, Lore is content to build upon their success going into 2018.

“We are planning more theatre shows, and we are also set to release some new music which we have been working on for the past few months; new songs which are quite different to what we have recorded before.

“The band has taken significant steps forward each year, and our hope is to carry on – in some small way – the great musical traditions of Northern Ireland.”