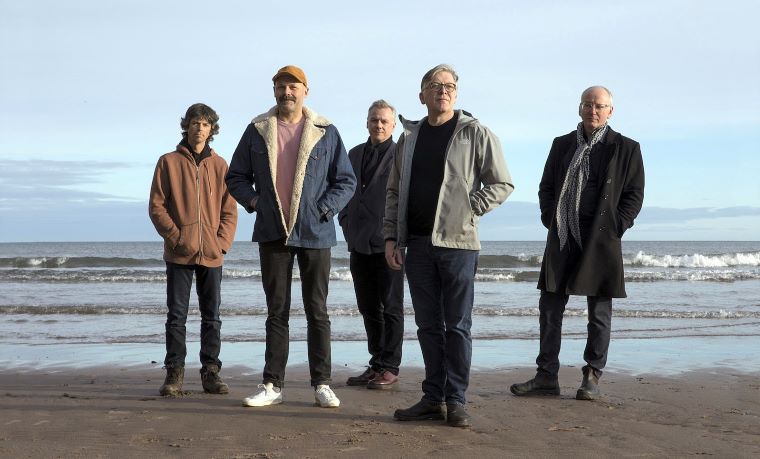 Kurt Cobain once called them “the best band in the world.”

“Yeah, that was a bit something to try and live up to,” jokes Teenage Fanclub’s vocalist and guitarist Raymond McGinley with a roll of the eyes. “I am not sure that we ever really deserved that title, to be honest. I think that any band on any given night can be the best band in the world.”

McGinley comes by his humility honestly. Born and bred in Glasgow, the wiry songsmith is soft spoken, humble, good humoured, and thoughtful in his replies.

“The music industry is a very different beast today,” continues the 57-year-old via Zoom from his home in Glasgow. “Even prior to COVID-19, which has all-but-destroyed live music and touring, it was getting tougher and tougher for musicians to make a living. And not just musicians, but many others involved with the machinery of music; management, record labels, publicists, booking agents, etc. And the Coronavirus pandemic affected everyone in the concert industry – promotors, tickets agents, road crews, etc. It hasn’t been easy on us – we had to postpone a lot of shows – and I imagine that it can’t be easy on younger artists who are looking to carve out a living.”

While revenue has certainly diminished, McGinley says that it was never the point.

“We” is the band’s current lineup; accompanying McGinley on vocals and guitar is his longtime musical cohort Norman Blake. Original drummer Francis Macdonald continues to keep the beat, while Euros Childs and Dave McGowan bring added texture and colour to the band’s sound with keyboards, bass and backing vocals. 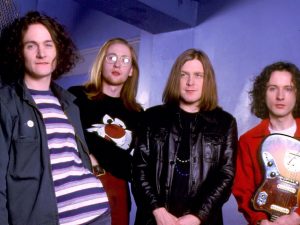 Founded near Glasgow in 1989, Teenage Fanclub released their first album, A Catholic Education, the following year. Although it didn’t break any sales records, the recording was a critical success, praised for its blend of pop sensibilities and hard rock guitars.

“We were a part of that post-punk, alternative rock movement,” says McGinley. “The music scene in the late-1970s and into the early 1980s in Glasgow, Belfast and London was dominated by punk and new-wave – the Clash, Stiff Little Fingers, the Alarm, Big Country, Aztec Camera, Depeche Mode, and so forth. And then you had the American bands like the Ramones, R.E.M., the Replacements, etc.

“There was a spirit there that anyone could pick up a guitar or sing, and that there really were no rules when it came to making music.”

That spirit has remained intact over the course of the band’s 32-year career, which has seen them release a dozen full-length studio recordings and perform thousands of concerts around the world.

“Well, I suppose like anything in life, the secret is to just keep going. Not too long ago, (Mick) Jagger was asked why the Rolling Stones were so successful. His reply was that ‘we simply outlasted everyone else’. It really is a matter of endurance.”

Like the Stones, Teenage Fanclub has endured their fair share of ups and downs over the years; the band’s early-to-mid 1990s “trilogy” – Bandwagonesque (1991), Thirteen (1993), and Grand Prix (1995) – rocketed them to fame and fortune. And though follow-up recordings from 1997-2016 never reached the same number of listeners, each did well on the charts in the U.K. and elsewhere.

“More importantly, we became better songwriters,” notes McGinley. “We have never been content to simply rest on our laurels. The commitment, first and foremost, was to evolve as artists, and to simply serve the songs as best we could.”

That mindset is at the core of the band’s latest recording, Endless Arcade, which was written and recorded prior to the pandemic.

“Because it had been a while since releasing our previous record (Here, 2016), we had plenty of good new material to work with and, as well, the opportunity to properly craft those elements into stronger songs,” McGinley explains. 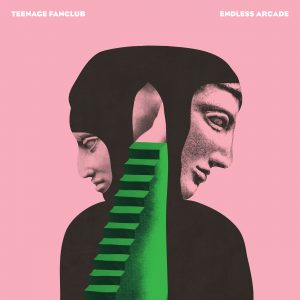 Time has served the band well, and both longtime fans and new listeners will be pleased; Endless Arcade is a minor masterpiece, its 12 tunes a lesson in smart-pop/rock songwriting, clever and deceptive in its easy, Beatles/Byrds-esque melodies and harmonies.

“Oh, those influences are there to be sure,” muses McGinley. “There is no sense in trying to deny or downplay one’s roots. We all come from somewhere, right?

“Endless Arcade is very much the result of everything that we have heard, seen, and lived through. Hopefully the sum is greater than the parts, and that our fans take to it.”

The Spring 2021 release of Endless Arcade was preceded by a series of videos for the songs Home, The Sun Won’t Shine on Me, I’m More Inclined and In Our Dreams.

“Obviously, with the current situation as it is, those were all filmed close to home,” shares McGinley. “Actually, it was great to simply get together with the boys and to be in the same room with everyone at the same time. Even though we live fairly close to one another – Scotland isn’t that big of a country – it had been some time since we were all able to connect. And I am sorry – the online thing is great, and I get that it is necessary these days – but there is no substitute for being there, in-person.”

The same can be said for concert experiences. As of now, the band only has a handful of dates scheduled for 2021, including a couple of festivals in Spain this summer. U.K. shows have been reset for the spring and summer of 2022.

“There are likely to be more dates added as things progress, but it has been tough,” admits McGinley. “We are very much a live act and we have spent many years on the road honing what we do and growing our audience. That flow of recording and touring has been seriously interrupted.”

In the meanwhile, he and his bandmates are making the best of being at home. 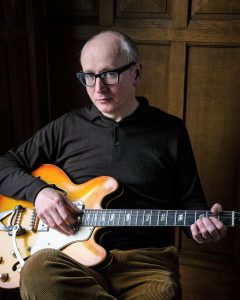 “Well, it has given me more time to play music (McGinley lists off an impressive collection of unique guitars), and to noodle around with new sounds and song ideas. I have obligations to family and friends as well, so that keeps me busy. And, you know, if you have to be holed up somewhere for any length of time, then I suppose Scotland is as good a place as any.”

Unlike many of their musical contemporaries, the group never felt the need to relocate.

“Scotland, and Glasgow in particular, is just the right size for us. We have everything we could possibly need and want. And I love how unpretentious and unassuming people are here – rock star attitudes and airs don’t go over well with Scots. We are down-to-earth folks, and I love just being able to be a regular, run-of-the-mill bloke every day, doing all the routine, around-the-house stuff.

“It may not be London or Paris or New York or Los Angeles, but it is home, and it keeps us humble – which is really good if you are the best band in the world.”