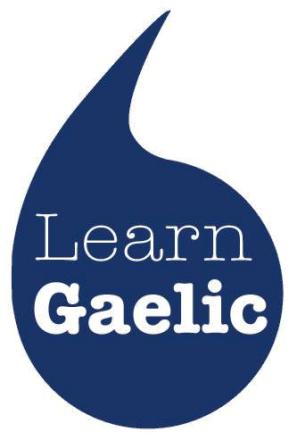 As a child growing up near Chicago, once on St. Patrick’s Day I saw a banner that said “Erin go bragh.” A grownup explained that it meant “Ireland forever.” I just thought of it as funny English. As an English speaker, I simply didn’t realize that it was a totally different language. Only when I started to study Gaelic much later did it occur to me that Irish and Scottish Gaelic were real languages, just like English.

But in daily life the boundaries between languages are not as firm as they are in a dictionary or classroom. People borrow words or expressions from another language for necessity, convenience, style, or fun. Borrowing usually happens in situations that linguists call “language contact,” when there is ongoing interaction between people who speak different native languages, or when native speakers of one language learn to speak another language. Language contact can also occur indirectly when people have contact with foreign ideas or things—for example, English speakers can talk about feeling déja vu or schadenfreude while drinking a latte or a chai.

As linguists and language students alike have found, the English language bears interesting traces of historical contact with the Celtic languages, as well as more well-known languages.

What are the Celtic languages?

The Celtic languages are a family of Indo-European languages which share a common origin and characteristics. One of the two main branches of Celtic is the Gaelic languages, which in the present day include Irish (Gaeilge), Scottish Gaelic (Gàidhlig), and Manx Gaelic (Gaelg).

In contrast, English belongs to an entirely different family of Indo-European languages, the Germanic family, which also includes languages like Scots, German, Dutch, Afrikaans, Norwegian, and Swedish. But a great deal of English vocabulary of course also derives from Norman French, due to the intensive contact that followed the Norman conquest of England.

How did the Celtic languages influence English? Ireland had been subject to intensive contact through English military conquest, colonization, and political incorporation beginning in the 1100s, while in the Gaelic-speaking Highlands of Scotland, English speakers made the most serious inroads beginning in the 1600s. English speakers thus came into contact with Gaelic culture, and ultimately borrowed words for unique or ubiquitous concepts.

As Anglophones took control of education in Ireland and Scotland, they attempted to stamp out the “barbaric and incivil” Gaelic languages. Gradually, in one area after the next, mother-tongue Gaelic speakers were forced to learn English as they entered schools with English-only education, took jobs working for English speakers, or emigrated for work. But in each area, the way that people learned to speak English was filtered through the distinctive sounds and grammar of their native Gaelic. They passed this way of speaking on to their children, who passed it onto later generations, until it became a distinctive dialect.

The main areas where you can see the influence of Gaelic on English are in vocabulary, grammar, and accent. We’ll look at vocabulary first.

Some Gaelic words have been fully absorbed into English. When a word is borrowed this way, the pronunciation and meaning are usually changed, as speakers put new English sounds and stresses on it, or perhaps even leave out bits, just as “latte” now refers to the milk-and-espresso drink which is called a caffè latte in Italian.

In fact warming drinks are a good place to start, because English speakers have always loved to import a tasty new drink as well as the word for it. Plenty of people know that “whisky” means “water of life” (uisge beatha) in both Irish and Scottish Gaelic. This compound word first came into English as “usquebaugh” in the late 1500s. Gradually this word faded out of use, however, with the last Oxford English Dictionary examples cited in the late 1800s. Meanwhile, “whisky” came into use in the early 1700s—and notice how the “beatha” or “-baugh” (“life”) element was dropped.

“Galore,” a frequent companion to “whisky,” means “in abundance” or “plenty” in English. The word was borrowed from both Irish go leór and Scottish Gaelic gu leòr, both meaning “enough” or “sufficiently.” Galore was first used in print in 1675 according to the Oxford English Dictionary Online, so it is a loan of long standing.

The company Deiseal Ltd. made Gaelic borrowings into the focus of an advertising campaign for their Ùlpan Gaelic course in Scotland. Dàibhidh Grannd, head of Deiseal, explained why:

“Gaelic is often falsely accused of being inferior, since English speakers notice the borrowed English words in it like telebhisean (television) and heileacoptair (helicopter).

“The Ùlpan posters turn this on its head by pointing out that English speakers already have some Gaelic in their English.

“Ùlpan is an adult language course largely aimed at English speakers, and we’re saying that you already know some Gaelic, but perhaps you weren’t aware of it. Come and discover some more.”

While Gaelic loanwords often go unnoticed, Gaelic grammar used in English attracts attention. Other English speakers often see it either as a quaint reminder of regional origins, or a mistake that must be corrected. Given the common Gaelic influence, it is unfair that in North America, an Irish person’s accent is seen as interesting and mildly prestigious, while in Canada, a Cape Breton or Newfoundland accent shaped by Scottish Gaelic or Irish may brand the speaker as a hick.

Nowadays, Cape Breton’s Gaelic English can also be a point of regional pride. The late singer Rita MacNeil’s well-known song “It’s a Working Man I Am” provides a good example of Gaelic grammar in English. An emphatic statement like this (in contrast to “I am a working man”) closely resembles emphatic constructions in Gaelic which use a special form of the verb called the copula (is e or ’s e in the present tense—e.g., ’S e duine gasda a th’ann, It’s a fine man that is in him). While this statement can also be made in other dialects of English, it’s a very good bet that in this case, the influence is directly from Gaelic.

An idiomatic Gaelic expression also accounts for one of the most common aspects of Cape Breton English. Jamie Campbell, who grew up in Port Morien, recalled:

Barry Shears, originally from Glace Bay, recalled: “We always used ‘he was after dying,’ or ‘she was after going downtown.’ Using such phrases was always said to be a sign of incorrect English.” But this construction was the proper Gaelic equivalent to using either the present or past perfect with the adverb “just” in English, in order to express a recently completed action with ongoing effects. In other words, “I’m after doing something” means “I have just done something,” and “she was after doing something” means “she had just done something.”

Lewis MacKinnon, executive director of Gaelic Affairs with the Nova Scotia Government, offers another example of Gaelic grammar in English: “I frequently hear a distinctive expression from people who come from a Gaelic background. It’s the way they use the verb ‘wanting’. They tend to say ‘I am wanting [to go, etc.]’ instead of ‘I want [to go etc.]’”

The unique Gaelic aspects of English in Nova Scotia are becoming more widely known and appreciated. Gaelic Affairs recently launched a museum exhibit titled “The Gaels in Nova Scotia” which includes a section on the Gaelic influences on English. It turns out that as well as the grammatical patterns already mentioned, commonly heard phrases like “Who’s your father?” [Có a b’ athair dhut?] and “There you have it” [Sin agad e] are translations from frequently used Gaelic expressions.

Other varieties that linguists call “Celtic Englishes” include Hebridean English and Highland English as spoken by Gaelic speakers and their descendants in Scotland, the Hiberno-English or Irish English of modern Ireland, and some varieties of English spoken in Newfoundland, Canada.

Whether it’s borrowed Gaelic words or the unique patterns of Gaelic speech, the Gaels have imparted a colourful and lasting Celtic legacy to English.