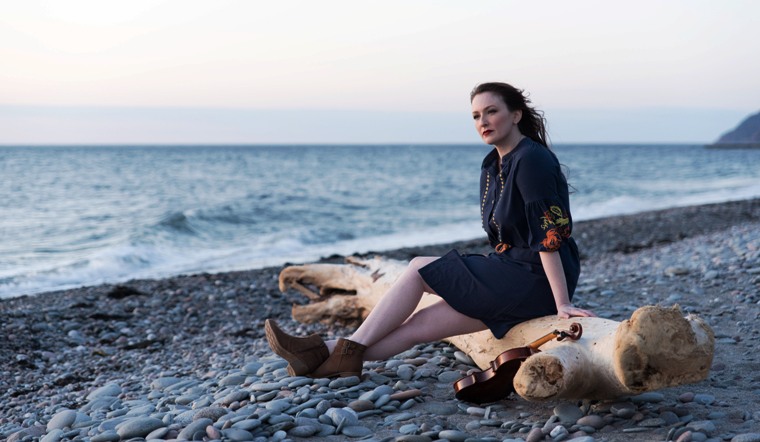 “I think my playing has matured a bit,” she tells Celtic Life International. “I am always working on improving my fiddling technique and style. Setting little goals for myself helps keep me focused.”

Born and raised in New Waterford, Nova Scotia, Head initially connected with her Irish roots at the age of seven when she started step-dancing. Inspired by the jigs and reels of Ashley MacIsaac’s classic album Close to the Floor, she picked up the fiddle two years later, thriving under the guidance of local legend Jerry Holland.

By 2014, Head had already recorded and released Spirit. The album was well-received, earning a nomination for Traditional/Roots Recording of the Year from Music Nova Scotia the following year.

With Tidal, Head took the first steps towards composing her own music.

“It is all about the vibe,” she says of song-writing. “Strong accompaniment can definitely make or break a set of tunes. Thankfully, I have some of the best players around in Jason Roach and Mary Beth Carty – we complement each other well, and it is a lot easier to bring out the best in a tune when the players both sound good on their own and make each other sound as good as possible also.” 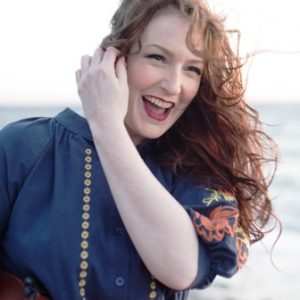 “It was the first song we tackled in the studio, and you can hear how excited I was to get started on the recording as I count-off “one, two, three, four” at the top of the track. It’s a lively tune that truly captures what we sound like when we play together live”

Head made a conscious effort to keep her original compositions rooted in the sonic traditions of her home turf.

“I was able to mix modern tunes with classic Cape Breton music. We also made sure to tie in some songs from other fiddling traditions that work well alongside the Cape Breton style.

The band recorded Tidal at Soundpark Studios in Sydney, Nova Scotia this past January and February.

“We would go in for a couple days at a time. There were a few track and arrangement changes made while we were in the studio, but it went pretty much as planned. With everyone trying to give their best performances, you have to work at it a bit. The studio is a very expensive place to practice, so there has to be some serious effort and prep-work done prior to going in to make sure everyone on the same page. But we were quite comfortable knowing what we wanted to do in terms of sound and style, so we were able to simply sit back, close our eyes, and play from the heart.”

Although The Elusive Bear Cat is Head’s personal favourite tune on the new album, Gamma Ray – written by Roach – has proven to be a fan favourite. The song is named for Head’s canine companion who has since passed away.

“Gamma Ray gave us the chance to be a little dramatic by layering a lot of fiddle lines, and even put a bass solo on the track. Colin Grant (fiddler) plays the majority of the harmonies and did an amazing job of filling in the space and building up the intensity. Donnie Calabrese’s bass playing added some bottom-end depth to the piece, making it really stand-out. As it is Jason’s tune, he obviously kills it and plays it beautifully. Then, Jamie Foulds – who did the recording, mixing, and mastering – took all those individual pieces and put them all together into something special.”

Head has a busy few months ahead of her, with no shortage of gigs lined up in and around Nova Scotia. She is also setting her sights on performing farther from home; having recently toured throughout the United States as a back-up fiddler with a Vancouver-based band, she is itching to take her own show on the road.

“I really made an effort to get out of my comfort zone with the new album, and taking those steps has given me the confidence to get out on the road and play for new and different audiences.”