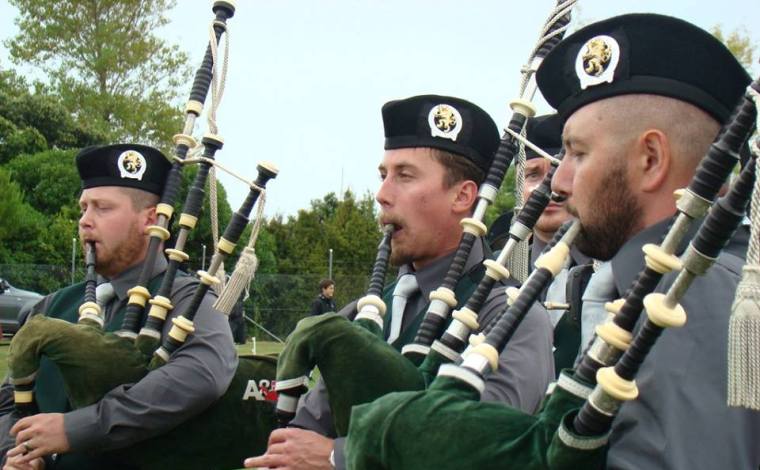 Josh Hogg recalls the very day that he was inspired to pick up the bagpipes.

“The Benoi High Pipe Band visited my elementary school here in Johannesburg,” recalls the 28-year-old via email. “They put on a short performance and gave a talk about what they do. I thought it would be cool to learn to play, especially because of my Scottish ancestry. I went to one of their practices and it all took off from there.”

That was 16 years ago. Hogg joined the Benoi band soon after and has been a tutor with the troupe since 2008. He has also been playing with the popular Benoi Mactalla band since 2005, and has been a part of that group’s leadership program for more than a decade.

“One side of my family is Afrikaan, while the other side shares a Scottish heritage. I identify more with my Scottish ancestry because of piping and the experiences that it has led me to.”

Those experiences, and his own learning curve, have been swift and satisfying; in 2009, he was part of the ensemble that won the World Pipe Band Championships (Grade 3B.)

“Historically, it was very important for our country as the band was, and remains, the first and only from South Africa to win a World Championship in any grading.”

A personal highlight was winning the 100 Guineas – South Africa’s premier solo piping competition – during his first year playing in the senior division. He followed up that victory with four more titles in the years that followed. 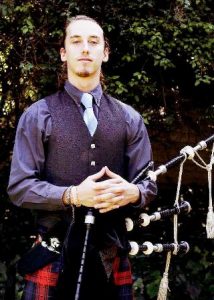 “The greatest two rewards of piping, though, are that it is both food for the soul and it finds you a place within a group of like-minded men and women. Being a piper automatically gives you access to a worldwide network of people who share the same passion.

“And piping has allowed me to travel to Scotland on many occasions and to New Zealand. I have no doubt I will see more of the world in time.”

Hogg currently plays a set of Henderson pipes made of cocus wood, circa 1910-1920. He considers himself a traditional player who mixes in modern influences.

“My sound and style ranges from the oldest music written for the pipes, to more recent compositions, as well as to music from other parts of the world, such as piping music from Brittany in France. I like my scope of music to be broad, as it keeps me challenged when moving from one style of expression to another.

“I truly enjoy piping and all the challenges it brings. While I have had to make many sacrifices for the art, it has also enriched my life greatly.”

He concedes that playing the instrument is not without its challenges.

“From a purely practical perspective, finding a suitable place to practice is an issue, given the sheer volume of the instrument. And, in this day and age when time is always short, the pipes require great dedication and commitment. You have to be very self-disciplined to keep your playing skills up.”

In addition, modern-day piping puts a great deal of emphasis on the “perfect performance.”

“This means that one has to have an intimate knowledge of the music one plays, as well as making sure to be well-rehearsed in what one is playing. However, when you get it right, the pipes are both amazing to play and very rewarding.”

He notes that, while relatively small, the South African piping community is close-knit.

“We all know each other, and the same hard-core group of people is seen at almost every event. Our core mandate is to keep the art of piping and pipe bands alive and strong. We strive to constantly develop pipers and build a fraternity that will carry piping into the future.”

And while rugby and cricket are understandably more popular pastimes for young South Africans, Hogg is encouraged by the steady supply of piping hopefuls signing up for instruction.

“It can certainly be improved by hosting more events within the public realm, with a real concerted effort made to push Celtic culture into the mainstream through exposure and education. There are many people here with Celtic heritage, and showcasing the arts of Highland dancing and piping would be a real step in the right direction.”