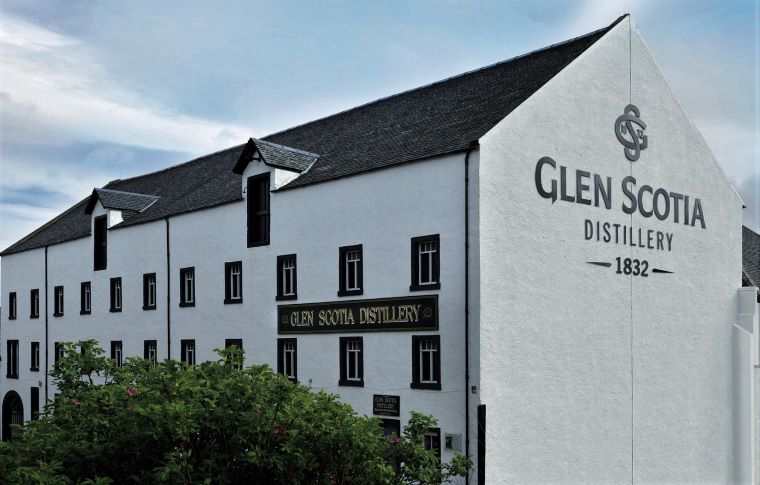 I recall the first time I toured Glen Scotia Distillery; I was shocked – the place was a ramshackle and seemed on the verge of tumbling down. Paint was peeling from the walls and the copper pot still had the look and texture of a rusty nail. Most concerning were the cast iron wash-backs (where the fermentation takes place); never before, in the more than 50 distilleries I had previously visited, had I ever seen anything other than wood (Oregon pine) or stainless-steel wash-backs employed.

Fermentation can be a vigorous, violent process and, as the wash churned, huge chunks of rust peeled off the sides of the vessel – dragged into the boiling mass.

Glen Scotia Distillery is crammed into an old stone, Dickens-esque building in the historic whisky town of Campbeltown. Campbeltown is built around a picturesque harbour that, at one time, sheltered as many as 600 fishing boats and 35 distilleries, including the surrounding areas of the Kintyre peninsula. It was, at the height of the British Empire, one of the wealthiest and prominent places in the U.K. per capita. While its heyday as a major fishing port and “Whisky Capital of the World” has come and gone, vestiges of this prosperous past can be still be seen in the repurposed distillery building and whisky baron mansions which dot the town.

Glen Scotia was built in 1832 by Stuart Galbraith & Co. on the north shore of Campbeltown Loch. The firm operated the business until 1895, though it remained in the Galbraith family until 1919 when it was sold to West Highland Malt Distillers. The latter went bankrupt in 1924, but the distillery carried on from owner to owner until the waning years of the 20th century. By 1934 there were but two distilleries left in Campbeltown; Glen Scotia and Springbank. Glen Scotia survived as a work horse, distilling malt destined for blends. It closed several times over the following 65 years, but somehow managed to dodge death each time. In 1994, Loch Lomond Distillers took over and the road to recovery and revival began. 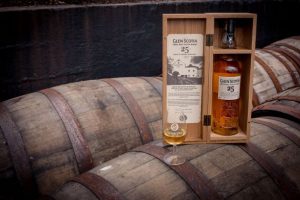 When I visited the facility for the first time in 2005, Glen Scotia was in a sorry state.

I was curious, however, having had more than a few lovely, old independent bottlings of its spirit. For the entirety of my time in the industry, Glen Scotia has always taken a back seat to the better-known Springbank. Yet, it has always had its fans, especially of its older bottlings. I have long marvelled at how such a neglected and dilapidated facility could produce such beautiful and elegant spirits, almost despite itself.

Over the years I have learned that beautiful things can come from some unexpected places.

In 2012, with the single malt boom at full stride, Glen Scotia was given a paint job and a bit of refurbishment. They also released a range of single malts, shifting some of the distillery’s focus away from blends. Although the whiskies were good, esthetically the range was a flop. Under new ownership, a more successful range was rebranded and relaunched in 2015. The new owners also opened a small, but beautiful new visitor center in response to the dramatic rise in whisky tourism.

While Glen Scotia has long lived in the shadow of its more popular neighbour, it has a lot of potential. As the distillery was a workhorse for blends, they produce a number of distinct spirit styles, with many flavourful options. On a recent visit to the distillery I was more than impressed with several whiskies in the warehouse – and not just the older vintages, but some of the peaty young ones also. Although Glen Scotia distils spirit with three distinct peating levels, the result is usually quite fruity and nutty with engine oil notes.

Campbeltown is a beautiful 4-hour drive from Glasgow but can also be reached by ferry from Ayr. A visit to the town is not complete without visiting its three distilleries, Springbank, Glengyle and Glen Scotia. Glen Scotia is open for tours Monday to Saturday. ~ Story by Andrew Ferguson