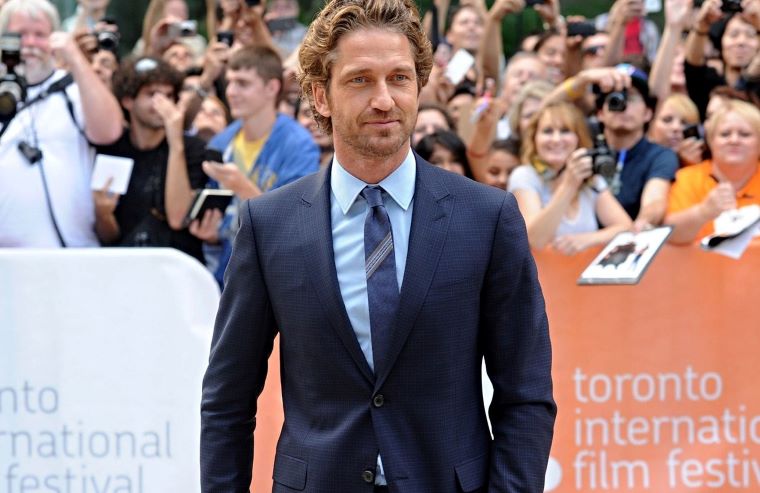 We tend to think of Gerard Butler as the battle-ready strongman – a protector, fighter, and saviour against a common enemy. But a steady stream of blockbusters, romcoms and voice-over roles have established him as a quietly versatile talent. In his new disaster film ‘Greenland’, Butler takes on his meatiest role yet as a father who will go to any lengths to protect his wife and diabetic son from a comet headed straight for Earth. The movie bucks apocalypse narrative tropes by focusing on the family’s struggle for survival, with Butler garnering praise for an emotionally charged performance. Here, he talks heart, humanity, and optimism.

What drew you to the material?
I love the idea of, I would almost say disaster movie, but I feel like it’s so much more than a disaster movie, but when I read the script, I thought this really has the goods. It’s an inside out job following this family who you get to know in great detail. It’s almost a family drama and a love story dressed up as a disaster movie, having the chance to play this regular guy, a father, who, at the end of the day, loves his family so much and will go through hell to try and protect them, which he does, which they all do. Through this movie, this impending doom, as the pressure builds, as society decays, all the kind of challenges that they have to go through it felt that it would be really visceral, powerful, real, and authentic taken from that point of view.

We’re living in extraordinary times now. Has the film taken on new meaning or significance since the pandemic? What emotions kicked in for you?
A lot of fear, a lot of adrenaline. There’s also something beautiful and awesome as you start to appreciate what we’re about to lose which I also think is a theme in the movie. As I would be sitting there as an actor, looking out of the car window, imagining, ‘what if this was to all go tomorrow?’ and you start to notice more of the bounty that we have on this planet and the beauty of people. That was interesting, and also this sense of curiosity, it’s a little morbid perhaps but what would it feel like? What would it really feel like at the moment of impact when it hits? Because our movie, it is not just good or bad and all special effects, it’s the grey. There is no black and white, it is really the true nature and all its colours and all its messiness of what this would be like. 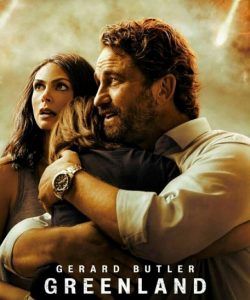 You mentioned the beauty of Earth’s bounty, the beauty of humanity. What do we have to be optimistic about now?
One of the themes of the movie that I agree with, through this movie and also through the pandemic what you realize what comes out of it, for most people, is what is important in life. And that is love, connection and the connectivity of everybody. We are no different than the people in Beijing, or the people in Moscow or Glasgow or Helsinki. At the end of the day, we’re all just trying to survive and make the most of it and I think that’s a very powerful idea and I think there is nature and there is love and there is hope. Even during all of this, during the pandemic, we focus on the negative parts of it and terrible stories that we hear. For every negative story I feel there is a hundred great ones passing by in every moment of people’s heroism, people’s kindness, people’s courage. Every person’s courage because we have all had to really kind of stumble through this and make the most of it no matter who you are no matter where you are.

The apocalypse narrative falls short of capturing the film’s richer story. How did it feel to be filming the movie during a time where there is a real concern about the unknown?
We filmed this before the pandemic, so little did we know about what was about to come. But I feel like for people now experiencing it, they can watch the movie with a different lens because they have empathy. They understand. It might be a comet, it could be something so big, huge fires like we have here or something so small like a virus but at the end of the day it is all kind of the same and we all just got to get through it.

You’re known as an action star and romcom lead. How did this role differ from your previous roles?
It’s very different from How to Train Your Dragon and Phantom of the Opera. It’s different to most roles, but if you’re referring in the action or fantasy adventure space then often in those, I play extra powerful, extra trained people in positions of responsibility and here he has a position of responsibility. But it’s a very real relatable character: he’s a father, he’s an engineer, he’s an everyman and he has no special talents that are going to help him in these extreme circumstances. It is really a journey of the heart and the journey of any individual’s courage that you hope anybody watching this movie would understand and would feel the same that when their loved ones are in peril that they would do whatever they can to protect them.