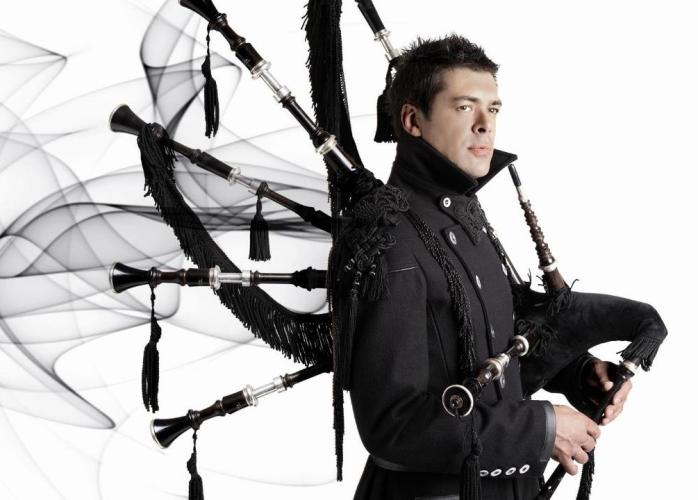 José Ángel Hevia Velasco – known simply to his fans as Hevia – has been playing the pipes since he was a boy growing up in the small Spanish town of Villaviciosa.

The Asturian musician – who currently resides in Punta Cana, Dominican Republic – was raised in a musically-inclined family: his maternal grandfather was a miner who sang in tonada (a traditional folk music style of Asturias and other Spanish regions), and the family regularly attended local and area festivals where melodies flowed.

Velasco became enthralled with the bagpipes at the age of four, after hearing a player at one of these gatherings. He says that not much has changed since he first picked up the pipes as an 11-year-old.

“Today the bagpipes might be my full-time profession, but the occasions when I truly enjoy the instrument are those in which I feel the same as I did almost 40 years ago. A cool summer afternoon in Asturias, with the family, a few bottles of cider, a couple of songs with my sister on drums…that is what I was looking for in the bagpipes when I was little, and it is what still makes me happy today.” 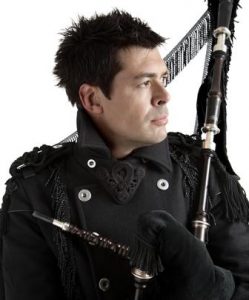 His sister, Maria José, would play an important part in his musical life for years, accompanying him on percussion. At the start of their career, the pair won the National Contest of the Spanish Ministry of Culture for young traditional music performers. As a result, they recorded Hevia’s first album in 1991. Later, they won the first prize for duets in the Festival of Saint Chartier in France.

“We still have many fine moments today where we play bagpipes and drums in the traditional way of Asturias.”

“When I moved to Madrid I learned to record and process the sounds of bagpipes in a professional studio. Soon the MIDI pipes became a very powerful tool in my creative process; I could play in any key, with the sound of any pipes found around the world – Asturian bagpipes, Highland bagpipes, uilleann pipes, biniou, and others. And I could also include the MIDI pipes in electronic contexts, which would have been very difficult to do with acoustic pipes.”

On Hevia’s albums, his new and unique pipes coexist with other contemporary electronic instruments; bass guitars, drums, keyboards and more.

“Still,” he insists, “that does not stop me from playing the pipes in the traditional way when I want.”

In recent years, Velasco and his band have toured dozens of countries, including Israel and Japan. Having performed worldwide, he is always amazed to see that music with such a specific origin is so universally well-received. 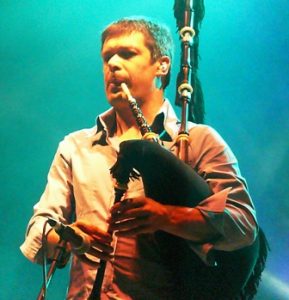 “Celtic music is a genre with a specialized audience in many parts of the world.’

And while that audience response is always positive, he notes that it can look different depending on the place. “In Japan, for example, the public listens to your performance with an attitude of respect, almost in reverence. They do not change their expression or move a single hand. But when the concert is over, they can stand and clap for ten minutes.”

In the coming year, Hevia will continue touring, as Velasco prepares for a new recording that will blend Celtic and Latin music into a fresh sonic hybrid. For him, it has been exciting to follow the trail of innovative musicians that came before him.

“Salsa, merengue, bachata, son, tango – these are all genres that might seem somewhat strange for a piper. However, the old emigrant pipers in Buenos Aires, Mexico and Havana continued to play their instruments there, interpreting not only the music they brought from Asturias, but also incorporating the living repertories of where they live.”