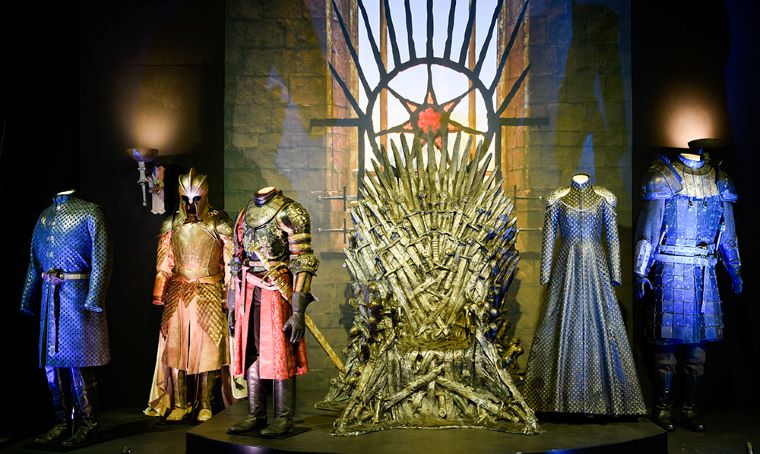 In the world of Westeros, the coming of winter is foremost on characters’ minds. Here in the real world, however, fans of the Game of Thrones franchise should be getting excited as the Game of Thrones touring exhibition has opened its doors in the “Home of Thrones” – Belfast, Northern Ireland.

The HBO-licensed exhibition features props, costumes, and sets from the long-running fantasy series.

“These are things that take you right through from series 1 to series 7 of Game of Thrones,” says Eimear Lewis, head of marketing for TBL. “It is an up-close and personal look at a lot of the key things that fans will identify from the show, and lots of details about the characters and their costumes and all of the artistry that went into making them.”

What curios can visitors expect to see, plucked from the wondrous world created by author George R. R. Martin? There’s something from every corner of Westeros and the neighbouring continent of Essos, across the Narrow Sea.

Also on site are some of the sets; the throne room of King’s Landing, the conquered city of Meereen, and the frozen halls of Castle Black, home of the Night’s Watch. 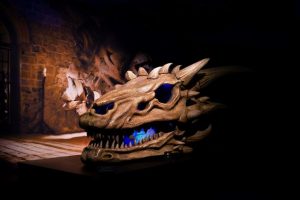 Not all the exhibit is behind glass, though; Lewis notes there are lots of pieces that fans can directly interact with.

“There are props like Arya’s needle, Ed Stark’s sword – those are photo opportunities, so fans can really get up close and personal. Visitors can take a photo that looks like they are climbing a wall of ice. It is all done with mirrors, but they can hold a rope and it looks like they are on The Wall. At one point, as you can walk through the different areas of the exhibitions, you can look into an interactive digital screen and have your face put up on the Wall of Faces in the House of Black and White.”

While the exhibition has been a treat for Game of Thrones fans around the world, being shown in Belfast will add an extra dimension to visitors’ experiences.

Lewis doesn’t call Belfast “The Home of Thrones” for nothing, after all.

Many of the historic castles that dot the countryside have played home to the denizens of Westeros. Winterfell, the ancestral home of the Stark Clan, was filmed at Castle Ward for the show’s first season, while Gosford Castle stood in for Riverrun, home of House Frey.

“There are lots of different places that people will recognize from the show, but they are off the beaten track within Northern Ireland. But the beauty of Game of Thrones is in getting people out of the cities and into the region.”

Belfast is no stranger to screen tourism; the Titanic Belfast museum – on the original construction site of the famous vessel – is right across the road from the Game of Thrones exhibition. Titanic helped put the city on the map for cinephiles, but Game of Thrones has taken the area’s popularity to new levels with its filming history, and also as many of the props and costumes were made in Belfast.

“This is the Home of Thrones, this is Game of Thrones territory, and you will have a much more immersive experience in Belfast.”